Science is not a democracy, and never can be one (Synopsis)

“Even when Darwin’s teaching first made its appearance, it became clear at once that its scientific, materialist core, its teaching concerning the evolution of living nature, was antagonistic to the idealism that reigned in biology.” -Trofim Lysenko

When it comes to many issues, democracy and popular opinion does and should determine the outcome. But when it comes to science and scientific issues, popular opinion or the votes of even an elite group of people doesn't mean very much at all. Instead, it's the truth that the Universe tells us about itself, through experiment, measurement and inquiry, that determines the answer. 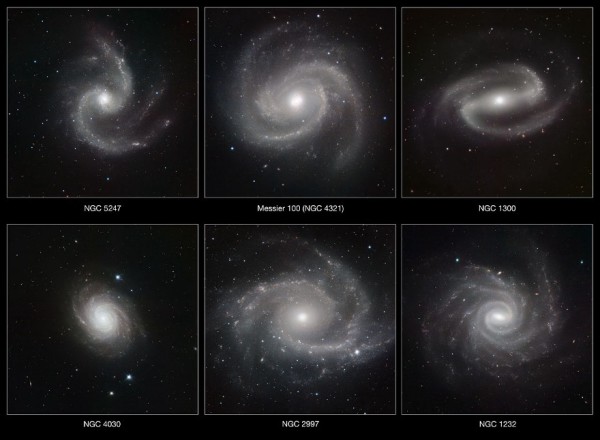 We may act like climate change, nuclear power, GMOs, fluoridated drinking water and a whole host of other issues are determined by science, but for the vast majority of us, it's our opinions and ideologies that determine our stances on these issues, not the science itself. This is a problem that's plagued all of science, even astronomy, going back for generations. 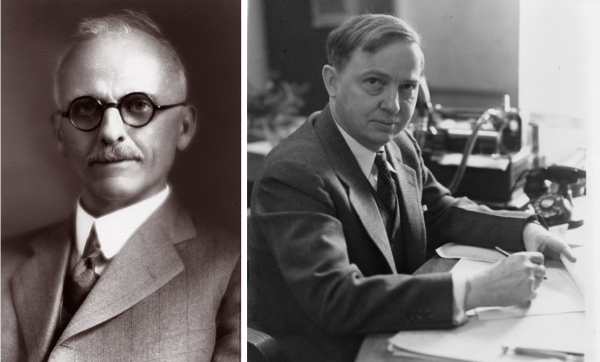 Come get the full story on the original 'Great Debate' in science, and how it solved absolutely nothing.

“Even when Darwin’s teaching first made its appearance, it became clear at once that its scientific, materialist core, its teaching concerning the evolution of living nature, was antagonistic to the idealism that reigned in biology.” -Trofim Lysenko We love having debates when there's a…

One of the great, catastrophic truths of the Universe is that everything has an expiration date. And this includes every single point of light in the entire sky. Image credit: Rogelio Bernal Andreo of Deep Sky Colors, via http://deepskycolors.com/astro/JPEG/RBA_Orion_HeadToToes.jpg. The most…

"Man loves company - even if it is only that of a small burning candle." -Georg C. Lichtenberg It's the end of the week here at Starts With A Bang, and so it's time for still another Ask Ethan! This is -- for those of you wondering -- the final Ask Ethan we'll have here on Scienceblogs; starting…

You NEED more science in your politics! (Yes, YOU!)

"One of my favorite philosophical tenets is that people will agree with you only if they already agree with you. You do not change people's minds." -Frank Zappa One of the most difficult things to talk about, for any self-respecting scientist, is politics. Like all of you, I have my preferences, my…

“Imagine that you start with some matter: a neutral, molecular cloud of gas. If the gas is cool enough, it’s going to start to collapse under its own gravity; that much is inevitable… Eventually, it was suspected, stars will form at the center, but that these nebulae represented an early stage in the formation of new stars. This was — at least at the time — a completely reasonable explanation for the nature of spiral nebulae.”

Lest one get the impression that Ethan and others have star formation figured out…
they don’t.

You can Google “star formation theories” and the top non-wiki hit includes this:

FOUR MAJOR GROUPS OF STAR FORMATION THEORY are identified. These deal with formation by collapse under gravity, by random accretion, by condensation, and by processes associated with the activity of galactic nuclei. Considerable attention is given to the theory of collapse under gravity since this is regarded as the major theory of star formation on the ground that its conceptional framework is better defined than that of the others. It is also a theory capable of further specific investigation. It is, however, pointed out that NO THEORY OF STAR FORMATION CAN BE REGARDED AS DEFINITIVE and that each group of theories has significant contributions to make to a subject where the ESSENTIAL PROBLEMS - though simple in conception - may NOT BE WELL POSED.
… a renewed attack on the PROBLEM OF COLLAPSE UNDER GRAVITY…”
http://iopscience.iop.org/article/10.1088/0034-4885/34/1/302/meta
…………..
Also, Ethan writes:
“Emotions ran high on both sides of this debate, as the fundamental question of the scale and even the nature of the Universe was at stake!”

News flash: Science will NEVER understand the ultimate nature of the Universe.
It’s beyond Science’s scope.

Yes, it's a 1971 paper from Rep. Prog. Phys. That's just embarrassing. Go try to figure out how to use ADS or something.

Narad, you should not just brush off peoples skepticism.
Many an ink die has been spilled with "Scientific Publications"
claiming to be this or that which in turn turned out to not be so.
Much more have been true yes. however, I see it as an entropy of mankind (humankind or civilization for you PC police folks).

Teabaggie, he's not. He's brushing off the autnonomic and unthinking claims of someone who is completely gullible on YEC and will accept anything that throws water on real science.

That's not skepticism at all.

Very true. One day they, the science community, may know more information that will whittle away the hard edges of the "popular" theories they laud. Perhaps there will be less unknowns and extrapolations of theories replaced by more experiment and observations. I don't think Ethan or anyone in the science community worth his salt would say, or should say, they have a 100% understanding of star formation, or any other theory, especially on those questions that cannot be more refined.

With how much certainty do you make this claim? If you say 100%, ...doesn't that beg the question. Where do you arrive at such certainty? Are you the only person privy to this information? Are we incapable of understanding it if were made aware? Is it you alone that could understand such 'higher' level information? A sort of 'we cannot begin to understand the mysteries of god's will" sort of excuse.

Your claims seem naïve and ignorant at best or intentionally misleading at worse.

Debates are very entertaining for the audience but they're an extremely poor method of arriving at the truth.

Anyone who claims that they've arrived at the truth in debate (whether it's related to evolution, AGW or whatever) is mistaken.

I agree with you, Wayne, in part.

You shouldn't come to any conclusions of a subject based on a debate. They can be one more feather in the cap justifying your belief system or perhaps a red flag that you are on the wrong side and you need to delve deeper into the subject.

Usually, though not always, a winning debate wins because their facts are more analogous to evidence. As we know of political debate, this can be turned on its head. The one with more ad hominen attacks and other logical fallacies per second and does so with a loud voice can win.

Me: “Lest one get the impression that Ethan and others have star formation figured out…they don’t”

You: “With how much certainty do you make this claim? If you say 100%, …doesn’t that beg the question.”

But one can supply *arguments and reasons* WHY Science cannot understand the ultimate nature of the Universe. (I’m over 99.9% confident!)
The arguments/reasons include the following:

But Science does not deal with these ultimate why_s. Science deals, or tries to deal, with the what, when, where, how.
And, at most, with a *very limited* why. For example, it may try to explain "why" our sun exists (actually, more of a how and when story), but it can’t explain why anything exists to begin with - that is, why anything exists as opposed to nothing existing..
Ethan recently had a blog titled
“What is the most astounding fact about the Universe?”,
to which I responded:
“THAT IT EXISTS.
(Perhaps the second most astounding fact is that many people believe they are, ultimately, the natural result of a Big Bang of hydrogen, helium, etc.)”

On another recent blog, Ethan said
“It’s no secret that when it comes to your own identity — the thing that makes you your own unique person — you’re a lot more than just the sum of the atoms that make you up.”

I responded:
“I agree. But I’m curious about something.
Do you or any of the scientism-ists here think that defining, really *knowing*, what constitutes a human being is beyond the scope of science?”