The strongest gravitational show in the Universe (Synopsis)

One of the strangest, most novel predictions of Einstein's relativity is that mass would not only curve space, but that the curved space would act like a lens. Background light traveling past this mass would become magnified, distorted and stretched. In some cases, arc, multiple images or even perfect, 360º rings would occur. 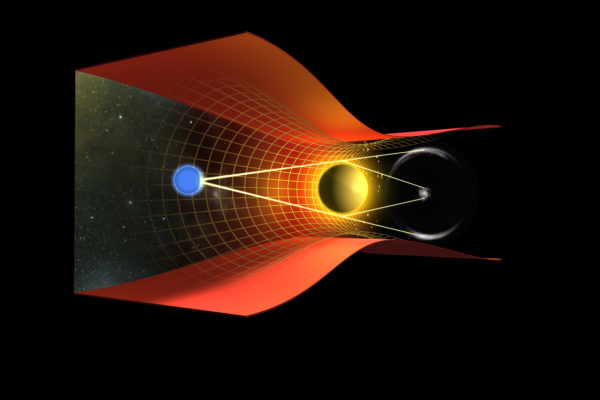 Although this gravitational lensing phenomenon was theoretically predicted shortly after it was proposed, it was only in 1937 that Fritz Zwicky realized that a galaxy cluster could cause this phenomenon. 42 years later, 1979's discovery of the Twin QSO validated this picture, and hundreds of other instances of lensing have been found since. 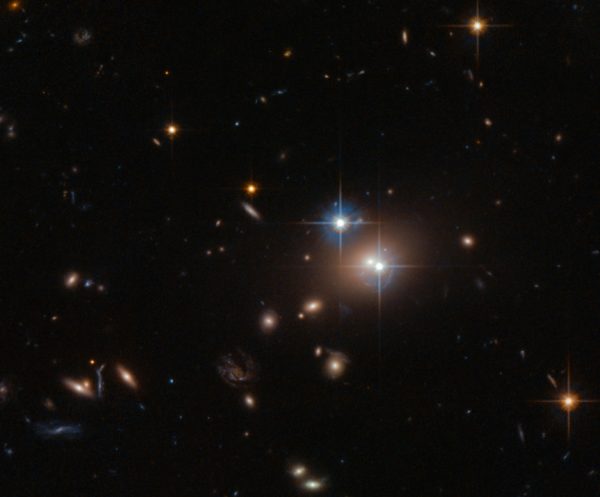 The Twin Quasar QSO 0957+561, as gravitationally lensed by the enormous elliptical galaxy, YGKOW G1, four billion light years away. This was the first gravitational lens ever discovered, in 1979. Image credit: ESA/Hubble & NASA.

Come see some amazing views of the strongest gravitational show the Universe has to offer!

What Feynman said about that it is amazing that gravity is weak is correct and very important. Even though we consider gravitation to be strong at the neutron star level or close to a similar mass black hole it is amazingly weak compared to the quantum gravity regime. A typical neutron star will have a gravitational field around a value of 200,000,000,000 g's (Yes that is right about 200 billion g's) That is extreme according to our experience but the Universe does not care about our sense of scale as to what is extreme. At the neutron star level or black holes relativistic corrections start to signal the end of the Newtonian gravity but it is still the regime of Einstein's General Theory of Relativity. This does not even get close to the quantum gravity regime. It is generally that at our observational level which includes the neutron star and black hole objects that the curvature is Weyl curvature (I think something to do with Poincare symmetry) which really is regular spherical curvature and that at the quantum gravity level the curvature is called 'Planck curvature' or quantum gravity curvature which is truly extreme and out of any intuitive approach we may have. Sometimes this is explained as a singularity whereas we do not know the proper maths to regularize this to be compatible with the Standard Model and the General Theory of Relativity. Again for emphasis the 200,000,000,000 g field of a neutron star is still regarded to be in the weak limit of gravity and not truly extreme compared to quantum gravity.