No One, Not Even Newton Or Einstein, Was The Muhammad Ali Of Physics (Synopsis)

You might not think that boxing, the sweet science, and physics, the most fundamental of all the sciences, have much in common on the surface. But look a little deeper and you'll find parallels between developing a unique skill set, solving problems, dissecting opponents and drawing the greatness out of the most difficult problems you can to increase your own glory. 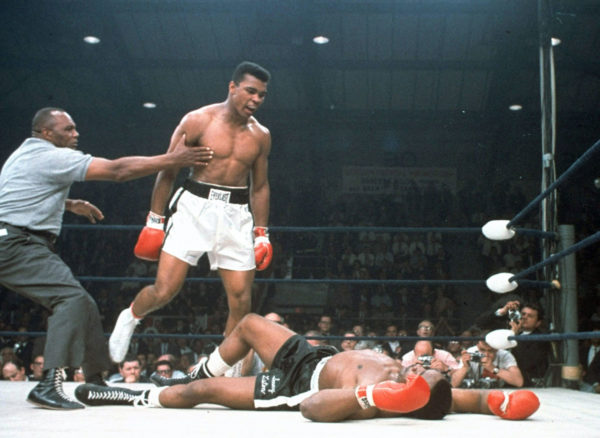 Ali taunting a fallen Sonny Liston in the first round of their second fight. Image credit: AP, via http://interactives.ap.org/2015/ali-liston-fight/.

Many great scientists and boxers over the years have come and gone: Kepler, Sugar Ray Robinson, Faraday, Marciano, Schrödinger, Mike Tyson. All achieved greatness, but none achieved the same heights as Ali did in his sport. Even the greatest physicists of all, Maxwell, Newton and Einstein, were defeated in the end by contemporary problems (and, perhaps, arrogance) in ways that Ali never was. 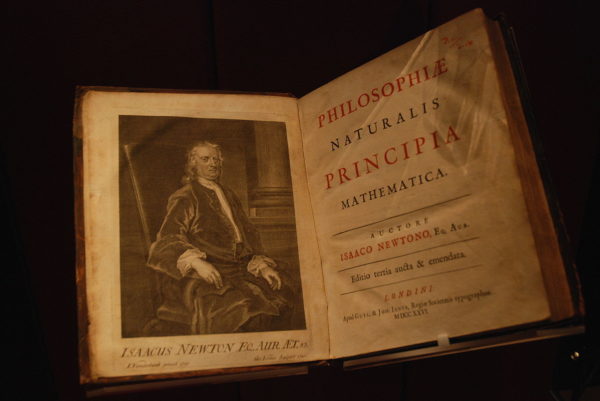 A Newton or Einstein may have been as great as Joe Frazier, but only the Universe itself compares with Ali.

We're at that time of year where people publish lists of top stories of the year, but as many crazy people will be happy to remind you, this Friday marks the end of another calendrical period, in the Mayan calendar. So, I'm going to steal an idea from a college classmate on Facebook, who wrote:…

From here. The top ten are: 1. and 2. The Voyage of the Beagle (1845) and The Origin of Species (1859) by Charles Darwin [tie] 3. Philosophiae Naturalis Principia Mathematica (Mathematical Principles of Natural Philosophy) by Isaac Newton (1687) 4. Dialogue Concerning the Two Chief World Systems by…

Greatest Physicists #1 - Isaac Newton The first and greatest physicist in my estimation is Isaac Newton, born in 1643. Lots of commenters absolutely correctly picked out Newton for the top spot, and had I picked anyone else (with the just barely plausible alternatives of Einstein or Galileo (and…

Wish to know: Who is Einstein of Boxing?

Lundgren stated that "My dad always told me that if I wanted to make something special with my life, I had to go to America."[

Oppenheimer was greater than the greatest, he killed 100.000 with one blow.

Who is Einstein of Boxing?

They're just not compatible endeavors. Einstein was great and all, but if you built a time machine that could transport Ethan back a hundred years, Ethan would crush Einstein in a physics debate. Ethan knows more. Thousands of physicists now know more then Einstein did at his most brilliant.

Boxing isn't like that. There aren't thousands of boxers now who, if transported back in time to Ali's prime, could best him. There probably isn't even one boxer now who could.

Leonardo da Vinci is about as close as you could come to an "Ali of Science".
And to do this you have to appreciate his work as a whole.

"Lundgren stated that “My dad always told me that if I wanted to make something special with my life, I had to go to America.”"

Yeah, so pater wasn't anywhere near as s son.

Who is Einstein of Boxing?

Yeah, kind of my point.