"How well I have learned that there is no fence to sit on between heaven and hell. There is a deep, wide gulf, a chasm, and in that chasm is no place for any man." -Johnny Cash

The largest mountains, the greatest chasms, steepest cliffs and the tallest peaks on Earth are certainly impressive, particularly when compared to the scale of a human. But compared to the mountains on Mars, Io, Vesta or Iapetus, or the canyons and cliffs on Mars, Mercury, or even Charon, Earth’s features look puny. 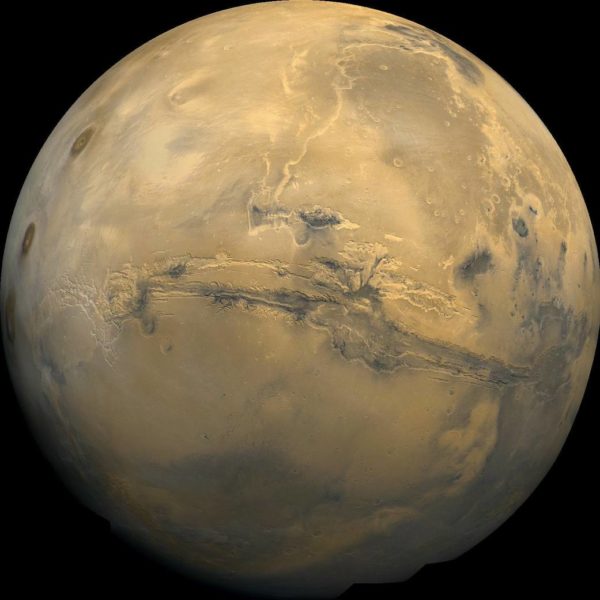 How could these small worlds, some of which -- like Vesta -- are barely 5% the diameter of Earth, have features that dwarf our own planet’s? The answer is in gravity itself: without the incredible gravitational pull that Earth experiences at its surface, these irregularities are unchecked by the same forces that pull Earth into such a nearly perfect sphere.

Go get the full story on why the largest Earth features are so small compared to the rest of the Solar System!

"I have announced this star as a comet, but since it is not accompanied by any nebulosity and, further, since its movement is so slow and rather uniform, it has occurred to me several times that it might be something better than a comet. But I have been careful not to advance this supposition to…

“Bringing an asteroid back to Earth? What’s that have to do with space exploration? If we were moving outward from there, and an asteroid is a good stopping point, then fine. But now it’s turned into a whole planetary defense exercise at the cost of our outward exploration.” -Buzz Aldrin What…

“One of the dreariest spots on life’s road is the point of conviction that nothing will ever again happen to you.” -Faith Baldwin Bet you thought you knew it all about the asteroid belt. These frozen, ice-and-rock worlds orbit farther out from Mars, closer in than Jupiter, and occasionally get…

You forget another important difference, the strength of erosion. On Earth, whether by air water or ice, its generally pretty strong, reducing mountains over a timespan of a few tens to a hundred million years, and much faster for soft targets like volcanoes. Essentially almost all of Earths geo-morphology is heavily perhaps dominantly shaped by erosion. Ironocally, erosion can be responsible for impressive local vertical features, near vertical cliff faces in some mountains and canyons, whereas most of these features on these lesser bodies have relatively gentle slopes.

“Sure, the grand canyon is legitimately big, carved by thawing ice ages repeatedly flowing in massive deluges down the same path OVER HUNDREDS OF MILLIONS OF YEARS.”

How in the world did you come up with THAT?

Last I heard, the debate over the age of the Grand Canyon has been boiling for well over a century,
with estimates anywhere from 5 million to 70 million years old. (I guess a potential error of 1,300% isn’t too bad.)

So, what’s with your HUNDRED of MILLIONS of years?

"How in the world did you come up with THAT?"

By looking at the evidence in the real world, not looking in a book of mythology.