"...innumerable stars, thousands of double and multiple systems, clusters in one blaze with their tens of thousands of stars, and the nebulae amazing us by the strangeness of their forms and the incomprehensibility of their nature, till at last, from the limit of our senses, even these thin and airy phantoms vanish in the distance." -Mary Fairfax Greig Somerville

When you look at an active, massive star-forming region like the Orion Nebula, you expect to find new stars dominating, blowing off the gas and eventually bringing the episode of star formation to an end. Previous visible light studies of Orion -- the closest region to Earth of massive star formation -- seemed to indicate exactly this, with star populations dropping off at masses below about 25% that of our Sun. 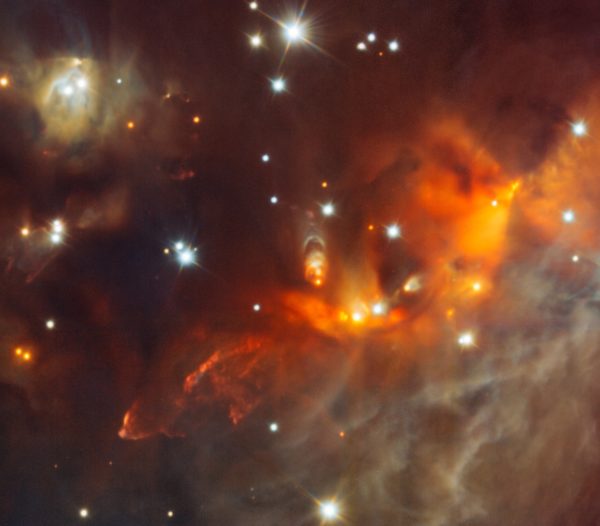 The brightest regions house not only the most massive, brightest stars, but many other, fainter objects abound throughout the nebula. Image credit: ESO/H. Drass et al.

But a new view of this nebula in the infrared, the deepest ever thanks to ESO’s HAWK-I instrument, showed that we had it wrong. In the regions where star formation was most intense, there were more than ten times as many brown dwarfs -- or failed stars -- than we had thought previously. This could have profound implications for the number of planets formed in a nebula like this, and the next generation of 30-meter-class telescopes should find out. 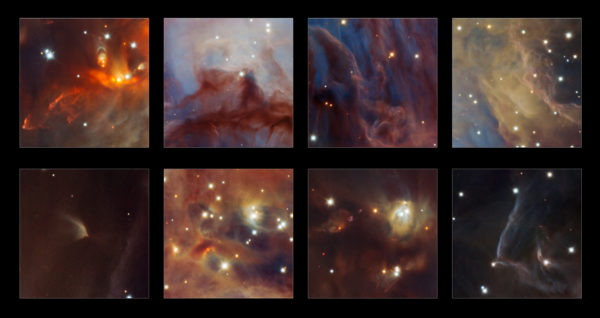 Come find out the hints of our next great breakthrough in this field (with a fantastic video) on today’s Mostly Mute Monday!

Love the Trapezium photo. E & F stand out well, and it looks as if there are a few more cousins in that local group. Brilliant!

Does this mean that the rough estimate of MACHOS present in the galaxy is about 10 times off? Thus we need less "exotics" DM?