Ask Ethan: When Will The Sun Make Earth Uninhabitable? (Synopsis)

"What, I sometimes wonder, would it be like if I lived in a country where winter is a matter of a few chilly days and a few weeks' rain; where the sun is never far away, and the flowers bloom all year long?" -Anna Neagle

At some point in the future, the Sun, the giver and sustainer of nearly life on Earth as we know it, will run out of fuel. Powered by nuclear fusion, it turns hydrogen into helium, producing energy in the process. Yet the Sun has a finite mass, a finite rate-of-fusion, and someday will run out of hydrogen. When it does, bright as it may be today, it will cease to someday shine. 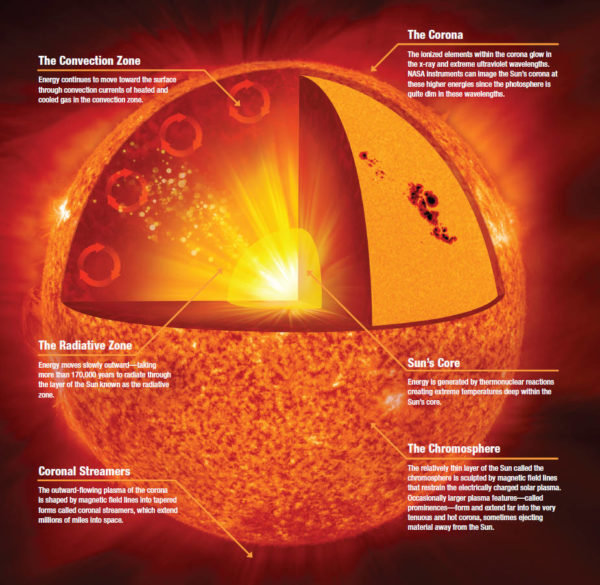 The anatomy of the Sun, including the inner core, which is the only place where fusion occurs. Image credit: NASA/Jenny Mottar.

But what does that mean for the Earth? Will we meet with a frozen demise as the Sun's fuel slowly runs out? Will we roast when the Sun begins fusing helium and becomes a red giant? Or will there be an insidious death of the planet from a slow, subtle effect that might not be as intuitive? 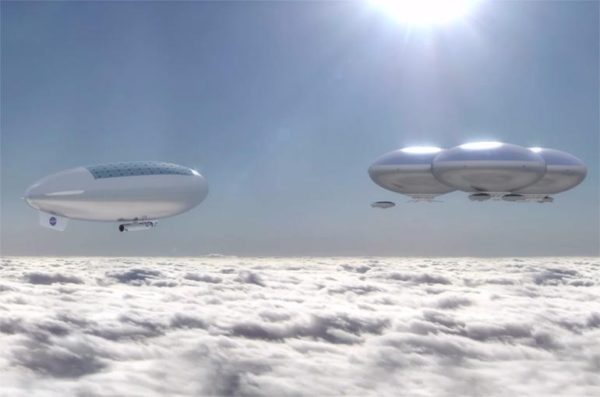 In a world where the oceans have boiled and the world is entirely shrouded in clouds, living above the cloudtops may be the only habitable location. Image credit: NASA Langley Research Center; concept art.

The astrophysics of the end of life on Earth is a story everyone should learn. Come get the answers on Ask Ethan today!

There is likely a lot of uncertainty in the planets response to rising illumination. As long as the planetary thermostat is operating, and CO2 is kept low enough to keep surface temperature in check things can muddle on. One issue is how low a CO2 concentration can we have and still have plants.

Of course if there is a technologically sophisticated civilization, then I would expect geo-engineering to be applied to extend the habitability window. One form that has been thrown out, is to use asteroid encounters to gravitationally boost the earths orbit. It is claimed that because of the slowness of the luminosity increase that this might not be too hard to accomplish, but, eventually we will run out of suitable space rocks. Of course various forms of solar radiation management could also be used to increase the reflectivity of the earth system. Perhaps a signature of a very old highly advanced civilization might be to find a still habitable planet where theory predicts it should have suffered from runaway heating?

In any case talking about humans on this time scale strikes me as totally foolish. This is far longer than the time since multicellular life first appeared and evolution hasn't stopped. What ever dominant lifeforms the planet possesses in this far future are unlikely to strongly resemble humans -even if they are our direct ancestors.

Indeed.. Simply putting a solar shield at a suitable lagrange point (L1, I think) would be fine, and we could just about to it with current technology, never mind the whole redirecting-asteroids thing.

Doing the math on global warming, as is done here:

So like every 32 million years, Earth sees 1 degree Fahrenheit change ... that's what spreadsheet says when I back calculate Earth temperature 4 billion years ago at 80% sun illumination?

I suppose if the EM drive is real, then fire them up all over the planet a slowly push Earth to wider orbit, but then our year will get longer?