“When you see how fragile and delicate life can be, all else fades into the background.” –Jenna Morasca

The hot Big Bang — proposed seventy years ago — is a tremendous success story. Predicated on the assumption that the Universe was hotter, denser, more uniform and expanding faster in the past, it’s allowed us to predict the rate of cosmic expansion over distance and time, the primeval abundances of the light elements, the formation and evolution of large-scale-structure, and the existence and properties of the cosmic microwave background: the leftover photon glow from the Big Bang. 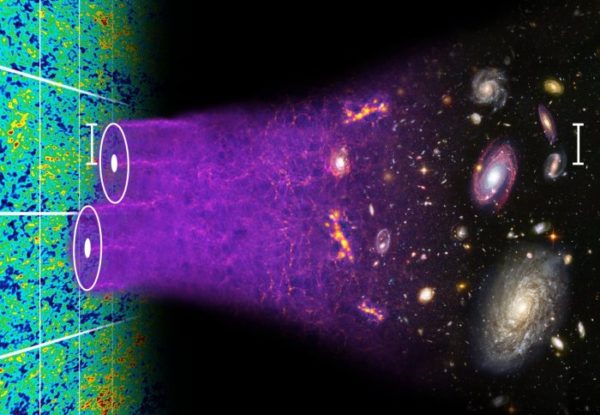 An illustration of the concept of Baryonic Acoustic Oscillations, which detail how large scale structure forms from the time of the CMB onward. This is also impacted by relic neutrinos. Image credit: Chris Blake & Sam Moorfield. 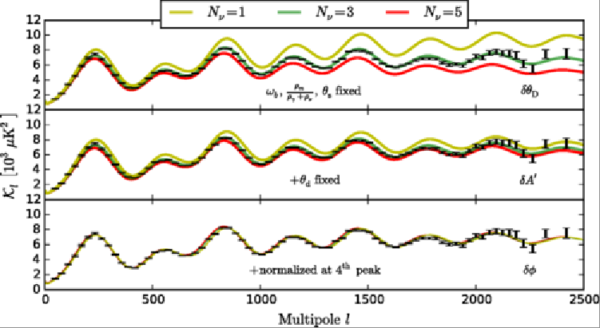 Near the end of the article you wrote something to the effect that the observed phase shifts allow us to calculate what the temperature of the CNB would be if neutrinos were massless. Neutrinos, we know now, have a small mass. How does this affect the calculation of the CNB temperature (if at all)?

"• And finally, at even earlier times, the radiation would have so much energy that — through Einstein’s E = mc^2  —  matter-and-antimatter pairs would spontaneously be created."

Isn't that still the case with Quantum fluctuations in the Vacuum, and the creation of particle-antiparticle pairs of virtual particles?

No, they remain virtual, not real like in the early universe, unless and until the system changes enough to allow their creation.

This is so amazing. I remember hearing about this in graduate school and we all thought it would never happen. Compared to this, detecting gravitational waves was nothing, we all knew that gravity waves would be hard, but eventually with enough detector sensitivity it had to happen. But with the neutrinos there was just no way. And of course the direct detection is still impossible, but this is still awesome even if indirect.