How do we classify the stars in the Universe? (Synopsis)

"Teaching man his relatively small sphere in the creation, it also encourages him by its lessons of the unity of Nature and shows him that his power of comprehension allies him with the great intelligence over-reaching all." -Annie Jump Cannon 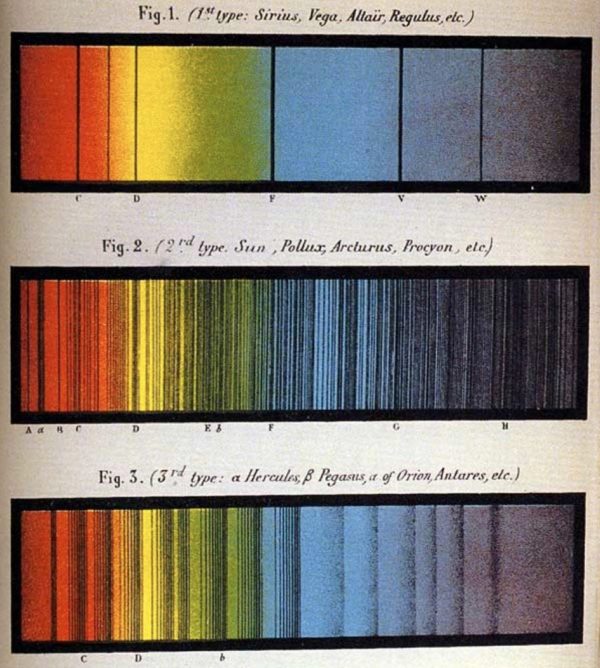 The original three Secchi classes, and the accompanying spectra that go along with them. Image credit: from a colored lithograph in a book published around 1870, retrieved from AIP.

In the 1800s, a new tool, stellar spectroscopy, enabled us to break up the light from stars into its individual wavelengths. By observing a number of “dark” features in these spectra, corresponding to atoms, ions and their absorption lines, we could finally start to make sense of it, and a more objective system. 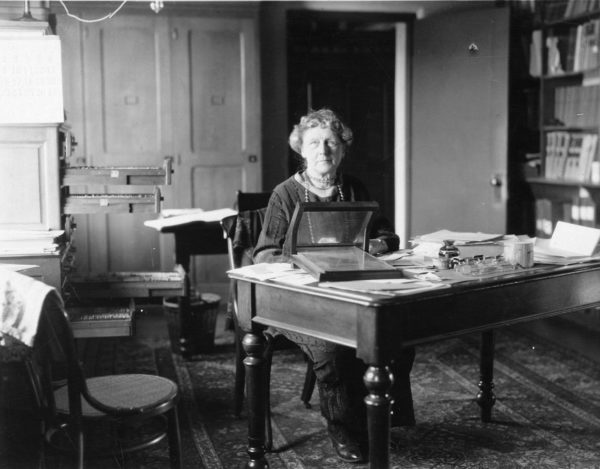 The person who pieced it all together was Annie Jump Cannon, and her 1901 system is still in use today!

So you followed your commentator's requests and put up a post on Annie Jump Cannon.
We thought it would be fascinating, and so it proved.

Hmmm. The blocker at Forbes is back in business - wants me to add it to the "safelist". I'll have to wait to read it later - but thanks for the quick work on her background.

Julian @1: I hope this goes to show that commenting is worth something!

Thanks, Ethan. Recognition for endeavors, especially in the sciences, of both sexes is most important.

Thank you, Ethan! It's always a pleasure to learn something new. The really cool (pun always intended!) correlation between class name, temperature, spectral features, and size helps me to understand that it's not as arbitrary as it seems (although the strange non-alphabetic ordering is a nice example of evolution in action :-)

@dean #2: I have never yet seen Forbes not doing ad-blocker detection. The practice I've developed is to let it detect my AdBlocker, disable it and reload the page, then immediately re-enable it. That fools Forbes and lets me through to the article. This happens with both Ethan's and with Chad Orzel's articles.

With the analysis of spectral lines and accepted classifications it all has the illusion of being so figured out. Yet even some apparently simple things are surprisingly uncertain. Take for example the distance of Deneb. It is a star visible to the naked eye and we don't know how far away it is. There have been estimates of over 3000 ly. Wikipedia says 2600 ly. Another study proposes 1500 ly distant.

How big is Deneb? How bright is it? Again we don't know because we don't know how far away it is. It is a named star that makes up a point in a constellation. Even with all our scientific advancements we can't truly discern some very basic information about an object humans have been able to point out for millennia.

@Denier #6: It probably takes some specialized knowledge to realize this, so I can't necessarily blame you for your skepticism. Deneb has an interesting "problem": its proper motion (angular motion across the sky) is comparable in magnitude to its parallax (angular shift back-and-forth across the sky due to Earth's motion).

Why is that a problem? Because it makes it noticeably more difficult to use parallax to compute distance! Think of it as a "windage" problem: to estimate the distance to a target, you can alternately wink your eyes to see how the target moves against the background (that's parallax). But if the target _actually_ moves by about the same distance, in the same direction, between blinks, how are you going to disentangle that true motion from your parallax measurement?

Thank you Ethan for your very quick response to our wishes!

I sometimes wish that I lived in an era when one could take a decade off and then promptly return to the task of one's original training.

^ BTW, that first figure is a terrific find, thanks.

Take for example the distance of Deneb. It is a star visible to the naked eye and we don’t know how far away it is.

is contraindicated by this claim:

@Wow #12: I don't think Denier is being unreasonable. Parallax should give us at least a 10% measurement (maybe better) on something that's less than 1000 parsecs away (we can do sub-mas astrometry with radio, for example). The fact that Deneb's distance estimates vary by more than a factor of two can reasonably be interpreted as "we don't know."

No, he was unreasonable: the claim was wrong.

We DO know how far away it is, just not necessarily as a single accurate value, but

a) how long apart are these figures when they were estimated? We've had several that had better and better accuracy, so it's no more accurate than pointing to the variation in the electron's supposed mass from Milikan as to us not knowing how heavy the electron is. "We don't know" is wrong. "We don't know accurately" or "Estimates vary widely" would be right, but were not said.

b) From WP: "One 2008 calculation using the Hipparcos data[18] puts the most likely distance at 1,550 light-years, with an uncertainty of only around 10%, although parallax measurements of asymmetric, pulsating stars embedded within shells are known to be unreliable." so proclamations of unknowingness in science from an atypical issue is merely blathering pettiness and gross exaggeration.