"One way or another the first stars must have influenced our own history, beginning with stirring up everything and producing the other chemical elements besides hydrogen and helium. So if we really want to know where our atoms came from, and how the little planet Earth came to be capable of supporting life, we need to measure what happened at the beginning." -John Mather

Launching in October of 2018, the James Webb Space Telescope will revolutionize our conception of the Universe. The biggest scientific find that we know it can uncover is how the Universe came to be the way it is today. How the first stars and galaxies formed, what they looked like and how they gave rise to the Universe we see today. 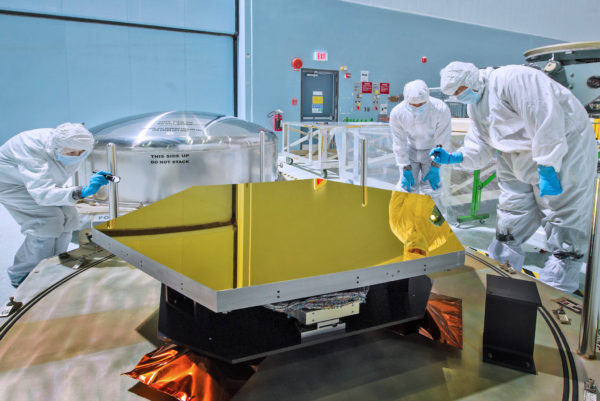 But none of this would be possible without the incredible team of men and women who actually designed and built the telescope. At this most recent American Astronomical Society meeting, I had the chance to sit down with Jon Arenberg, the Chief Engineer in charge of building the James Webb Space Telescope, and got the inside scoop on how it actually happened, including the greatest challenges they had to overcome. 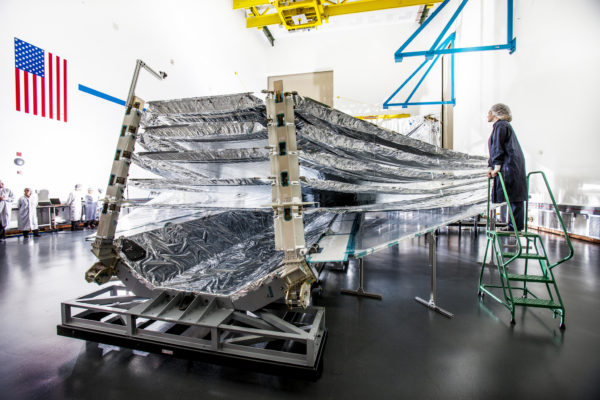 The first successful unfolding test of all five layers was conducted in 2014, and provided valuable lessons that help ensure the success of JWST during launch and deployment. Image credit: Northrop Grumman/Alex Evers.

Take an incredible journey unlike any other you've taken, and go behind the scenes into building the greatest space telescope of all!