"Men of genius are often dull and inert in society; as the blazing meteor, when it descends to earth, is only a stone." -Henry W. Longfellow

When you look at the meteors striking Earth today, as well as over the past 466 million years, you find something surprising: they don’t line up with the population of near-Earth asteroids we find in our Solar System today. In fact, more than 80% of the meteorites we find on Earth’s surface are entirely of the wrong class. 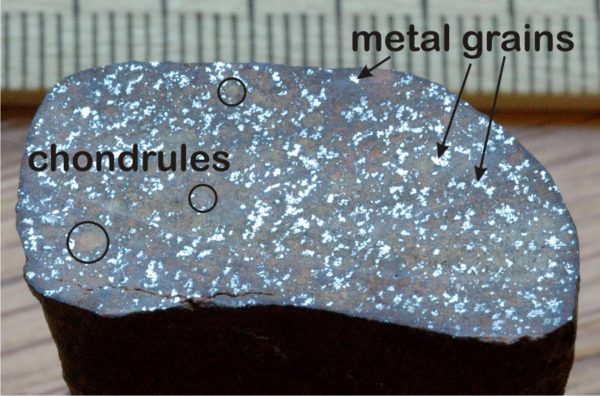 An H-Chondrite from Northern Chile shows chondrules and metal grains. This meteorite is high in iron, and is the most common type found today. Image credit: Randy L. Korotev of Washington University in St. Louis.

For a long time, this was a puzzle we had no idea how to solve, but a series of recent studies points to an unlikely culprit: a series of collisions between giant asteroids hundreds of millions of years ago. This Collisional Cascade Model theorizes that asteroid collisions fill the Solar System with fragmentary debris. By looking at older populations of meteorite fragments, we now have unprecedented evidence in support of this idea. 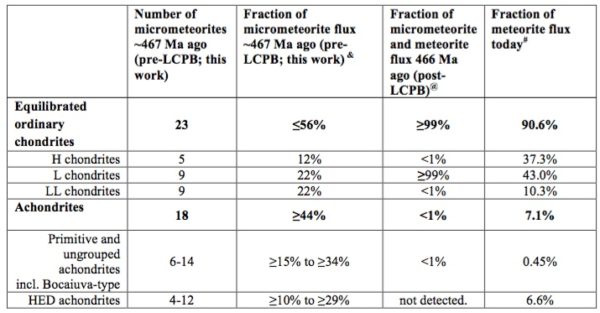 The huge difference in the meteorite populations from more than 466 million years ago and the more modern meteorite populations, 466 million years ago and more recently, point to a very large impact event that changed the composition of asteroids striking Earth ever since. Image credit: Philipp Heck et al., "Rare meteorites common in the Ordovician period", Nature Astronomy (2017).

Come get the newest development in cutting-edge science today, and learn where meteorites really come from!