"Truth is tough. It will not break, like a bubble, at a touch; nay, you may kick it about all day like a football, and it will be round and full at evening." -Oliver Wendell Holmes

When isolated stars like our Sun reach the end of their lives, they're expected to blow off their outer layers in a roughly spherical configuration: a planetary nebula. But the most spectacular bubbles don't come from gas-and-plasma getting expelled into otherwise empty space, but from young, hot stars whose radiation pushes against the gaseous nebulae in which they were born. 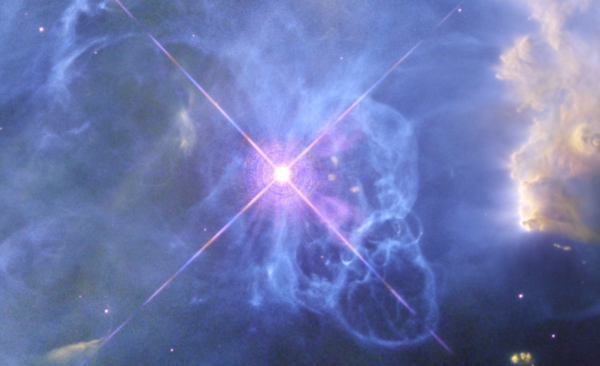 The star powering the bubble itself, estimated at approximately 40 times the mass of the Sun. Image credit: NASA, ESA, Hubble Heritage Team.

While most of our Sun's energy is found in the visible part of the spectrum, more massive stars burn at hotter temperatures, producing more ionizing, ultraviolet light, and also at higher luminosities. A star some 40-45 times the mass of the Sun, for example, might emits energy at a rate hundreds of thousands of times as great as our own star: hot and energetic enough to create the Bubble Nebula, discovered in 1787 and images over two centuries later by Hubble for its 26th anniversary. 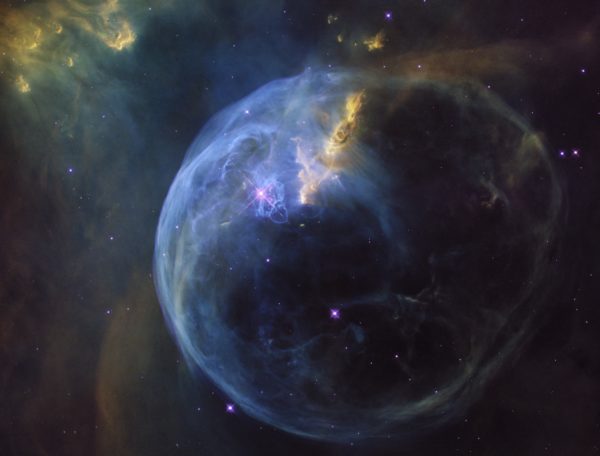 Go get the whole story in pictures, an amazing video, and no more than 200 words this Monday!