How Our Solar System Will End In The Far Future (Synopsis)

"The way to love anything is to realize that it might be lost." -G. K. Chesterton

Worried about the environment of Earth today? Here’s a sobering fact: we already know how it’s all going to end. Not just when the next ice age will come or the next supervolcano will blow, but on cosmic scales stretching billions of years into the future and beyond. From the death of life on Earth to the end of the Sun, we can predict some major catastrophes our Solar System will face. 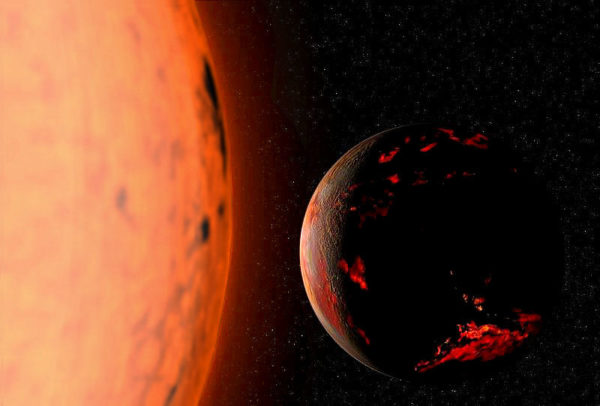 The Earth, if calculations are correct, should not be engulfed by the Sun when it swells into a red giant. It should, however, become very, very hot. Image credit: Wikimedia Commons user Fsgregs.

But even after the Sun has died, the Earth and what’s left of our parent star will likely stick around for more. The matter expelled by our Sun will ignite new stars, which will die as well. White dwarfs will cool off into black dwarfs, and the Universe will go dark. And yet, thanks to gravitational effects, more interactions, on long enough timescales, will still remain. 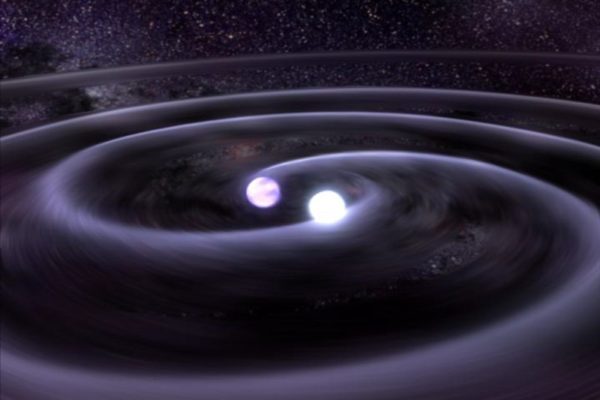 Inspiraling, merging or colliding with another burned out star may be our Sun's last chance to shine. Image credit: Tod Strohmayer/CXC/NASA and Dana Berry/CXC.

Come get the long-term story of the future of our Solar System and see how it all will, in the ultra-distant future, come to an end.

As long as we don't get clobbered by a giant asteroid in the meantime.

Thank You 4 the article. SO: The sun will swell and make earth very, very hot. BUT: NOT engulf the Earth. This point is critical. Many people think that the earth will be burnt 2 a cinder; be engulfed by the sun and then burnt 2 a cinder-which is incorrect. From there, the direction physics should take is to worry about problems on the planet-as oppose to problems in space and beyond. To elaborate: We want films like Jodie Foster/Matt Damon , and, George Clooney/Sandra Bullock ,and Arnold Schwarzenegger , , as oppose 2 , Superman, , : on this planet, NOT far away n space. End

All it means is that the earth won't be within the sun's atmosphere.

It will still be burnt to a crisp.

Think otherwise? Ask an astronomer how well you'd survive on Mercury. And then realise the earth gets hotter than that.

And afterward, the sun will shrink and we'll get about as cold as Saturn. Ask how well you'd survive on one of its moons.

And what is it with actors not superman (played by an actor) there?

@ #2
I don't think you will have too much more than actors & space stations to concern yourself with in your lifetime!
;)

Will humanity have migrated to another Galaxy? Which one?I don't think so.

Long before the Sun's expansion burns Earth to a crisp, it will disrupt the carbon cycle & photosynthesis, and then boil the oceans. Complex life on Earth will have ceased. If the lineage of Earth life is to continue, we must seek to become an interstellar, multi-stellar species. We, here, now, do not have the right to deny our distant descendants the choice. Thus we take our early steps into space, to bequeath each increment of progress to each new generation.

What will happen to Mars then? Would it also become super hot or temperate like Earth today?

#5 I like your hypothesis: "Will humanity have emigrated to another galaxy?-I think not!". CORRECT! 1.) Speed required for travel to another galaxy, if it is possible to achieve(like in the films), is too great for the human physiology to withstand. It is easy to say things like: We must travel at the speed of light. Acceleration from zero speed to the speed of light will result in the human-the passengers in the rocket being crushed. 2.)Distance is too great from Earth to another galaxy. Even if speed of light is possible to attain without the human body being crushed, it takes 1000 of years to leave, even our galaxy. A human on such a journey would literally have to spend more than 10 generations in the transportation vehicle. Would you live, give birth and die on a bus or aeroplane?! Do not imagine, as they imagine when they watch films, that there are "wormholes" for shortening distance between two points in space( for example: between our galaxy and destination galaxy). The worm holes will crush rockets like a human a human crushes an ant. The human wouldn't even notice that he had crushed an ant. So far, NASA of America has gone the furthest in space by going to the moon. Other NASA space vehicle gone further, BUT: didn't carry human. Remember the question we are trying to answer: Humans must survive the journey-not mechanical equipment. End