The Strangest Moon In The Solar System (Synopsis)

What do you do when you discover a moon around Saturn that's only visible during half of its orbit? If you're Giovanni Cassini, you postulate that half of the moon is darker than the other, and you work tirelessly to improve the telescope so that you can see it when it's in "faint mode." After more than 3 decades, he succeeded. 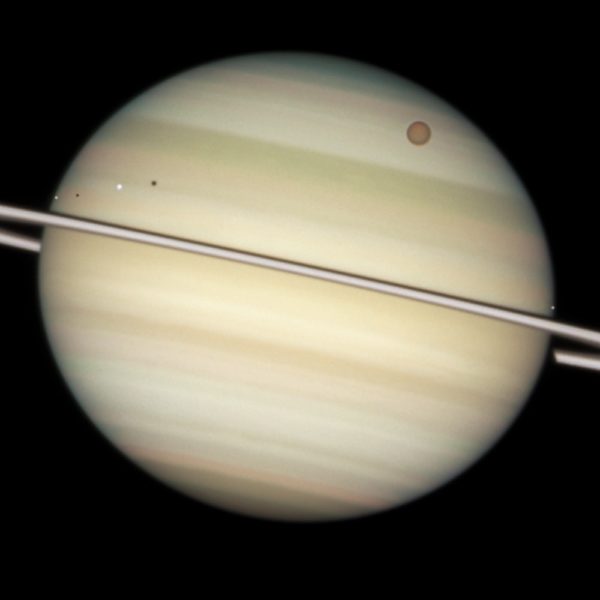 The ringed planet, Saturn, contains a number of interesting Moons. But the largest, Titan, isn't the source of mystery that the smaller Iapetus is. Image credit: NASA, ESA and the Hubble Heritage Team (STScI/AURA). Acknowledgment: M. Wong (STScI/UC Berkeley) and C. Go (Philippines).

We now know that Iapetus is not only two-toned, with one side more than 10 times less reflective than the other, but it orbits out of the plane of all the other moons, has a giant equatorial ridge and is unlike any other world in the Solar System. The last of these are mysteries still, but the two-toned conundrum, thanks to Cassini (the NASA mission), has been solved! 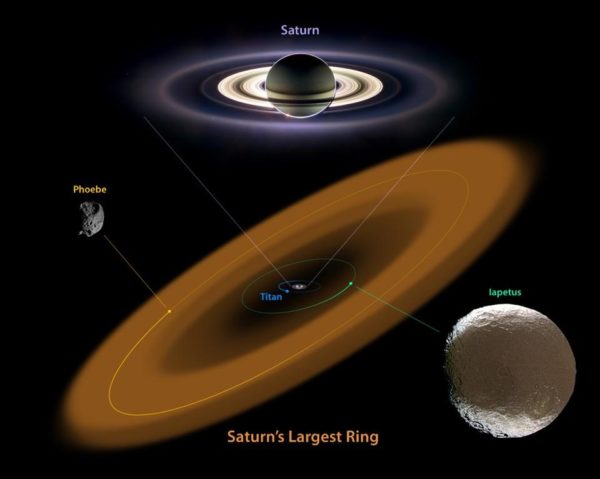 By orbiting in the opposite direction to how the particles in the Phoebe ring orbit, Iapetus accrues dark material, preferentially, on one side only. Image credit: NASA / JPL-Caltech / Cassini Science Team.

Come learn about the strangest moon that we've ever found, and its amazing scientific story!

The first thought that came to mind when I saw the first image is: Rolling stone gathers no moss :D