More Than Stars: The Milky Way's Dust Mapped In 3D For The First Time Ever (Synopsis)

"Things need not have happened to be true. Tales and adventures are the shadow truths that will endure when mere facts are dust and ashes and forgotten." -Neil Gaiman

Wherever we look in the night sky, we don't just observe the background sources of light shining our way, but also the effects of all the matter in between those distant sources and our eyes. Since all of that inbound light needs to pass through a portion of the Milky Way on its way to our eyes, it's vital that we understand how that light is distorted by our own galaxy. That means we need an understanding of the dust in our own neighborhood. 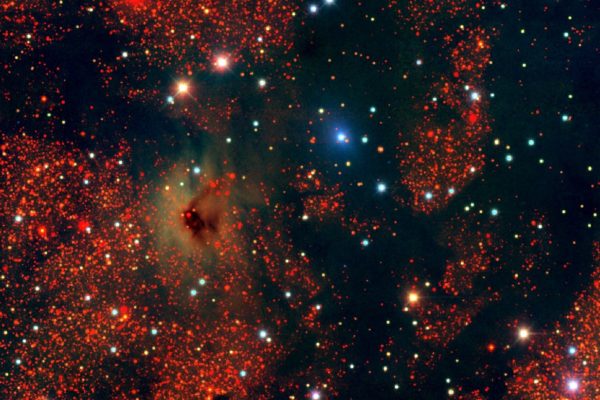 The dark regions show very dense dust clouds. The red stars tend to be reddened by dust, while the blue stars are in front of the dust clouds. These images are part of a survey of the southern galactic plane. Image credit: Legacy Survey / NOAO, AURA, NSF.

In the past, that meant using a variety of models, but for the first time, a 3D map of the Milky Way's dust has been constructed. This will not only allow for a better calibration of distant objects -- such as galaxies, supernovae and anything we'd use to measure dark energy -- but it uncovers some surprises about the fundamental nature of dust itself. 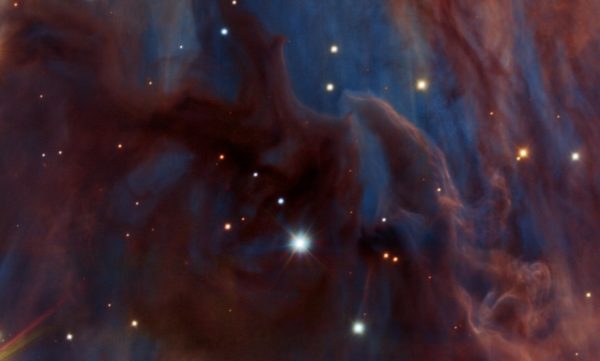 The dusty regions that visible-light telescopes cannot penetrate are revealed by the infrared views of ESO's HAWK-I instrument, showcasing the sites of new and future star formation where the dust is densest. Image credit: ESO / H. Drass et al.

Come read, and see, the spectacular story of this unprecedented cosmic map in pictures, videos and no more than 200 words on today's Mostly Mute Monday!

Dust swirling in the Milky Way's winds of gas and arms of stars.

Dust swirling in the Milky Way's winds of gas and arms of stars.

How much of the red shift in distant galaxies, etc., will this account for after calibration?

I can hear the BICEP crew going: ...wish we had that from the start.. sigh

Thanks, WOW, my bad. Maybe should have been thinking IR.
:)

Nah, it's OK, the only reason why it gets vexing is because that mistake is made so often and an unfortunate number of the times by people who are deliberately making it.

Only having read for a long you makes a difference to that conclusion.

And for any lurkers out there, even dust from distant galaxies wouldn't change this much. Dust nearer to us makes no difference because the CMB is already further red than red, no blue allowed.

What this could change is the ability of standard candles to be used, since dust extincts light and makes it "look" further away. Changing the scale of the universe changes the age of it, or how it developed.

All this could be explained to you, and has been before, but someone isn't bothering, so it's left to random anonymous posters to fill in.

Thanks, again, WOW. I'll keep that in the old memory banks as long as I am able.
;)

You may be interested in reading the Wikipedia article on "tired light", which was one of the desperate attempts to explain away the observed cosmological expansion. The last second, "specific falsified models," has useful details on dust reddening vs. proper redshift.

Thankyou Michael, I will certainly read that.