"Resources exist to be consumed. And consumed they will be, if not by  this generation then by some future. By what right does this forgotten  future seek to deny us our birthright?" -Sid Meier's Alpha Centauri

The dream of humanity has long been to identify an inhabited world beyond Earth, to know for certain that life is not unique to our pale blue dot. If we were located a great distance away, there are observations of Earth we could make that would tell us a tremendous amount of information about our world, including about its oceans, clouds, continents, the "greening" of our world during summer, the growth and shrinkage of icecaps and even atmospheric signatures. 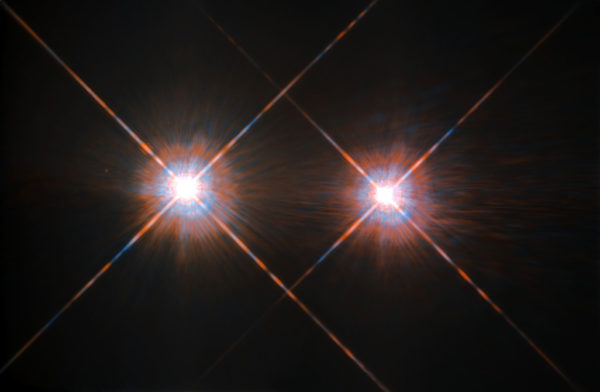 The two sun-like stars, Alpha Centauri A and B, are located just 4.37 light years away from us and orbit one another at between the distances of Saturn and Neptune in our own solar system. Each may house Earth-like planets. Image credit: ESA/Hubble and NASA.

So why not apply that same line of thinking to search for Earth-like worlds around other sun-like stars? While direct imaging missions that would survey large numbers of stars would be very large and very expensive, the closest two sunlike stars -- Alpha Centauri A and B -- are only 4.37 light years away, and would need merely a 45-centimeter telescope with minimal development and launch costs. 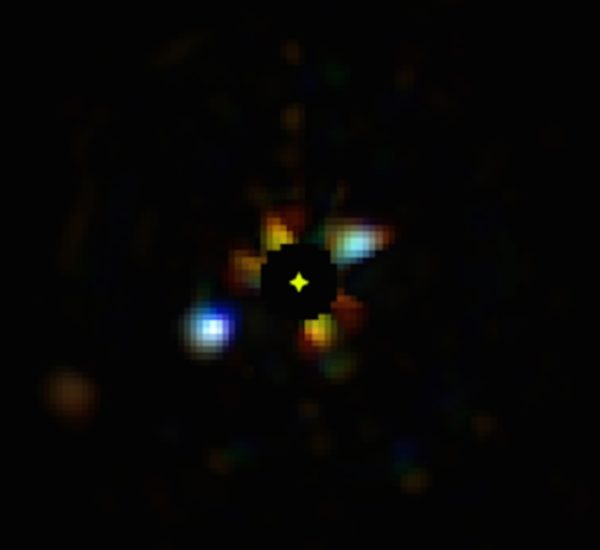 A simulation of what the next Pale Blue Dot would look like through this newly proposed telescope around Alpha Centauri A or B. Image credit: Project Blue Mission Team.

Want to find a planet around the nearest sun-like stars? For under $50 million, we can do it!

For the last 3 evenings on Australias ABC, Professor Brian Cox has been on a program, whilst touring Oz, called Stargazing. For the final episode last night, they announced finding another set of exoplanets, 4 planets so far, from a data set linked through the program for anyone interested to sift through that data.
For more info:-
www.abc.net.au/ourfocus/stargazing/

For the notion of 'one shot', as in there is only one reasonable target to observe given the size of the scope, how much bigger and expensive would it have to be to get useful results from 100 stars?
Or perhaps the project as proposed would get interesting results from many stars, but only planet detection from Alpha Centuari?