Ask Ethan: How far is the edge of the Universe from the farthest galaxy? (Synopsis)

When we look to the deepest reaches of space, we can look for the “first” of any type of object. The first galaxy, the first star, the first light from the CMB, or even the first signals from the Big Bang, like gravitational waves. Yet these signals all have very different redshifts from one another, and perhaps more puzzlingly, lie at extraordinarily different cosmic distances from us. 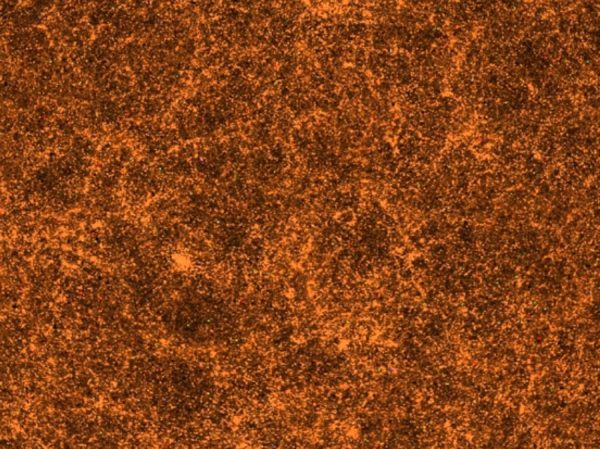 Looking towards the north pole of the Milky Way galaxy, we can see out into the depths of space. What's mapped in this image are hundreds of thousands of galaxies, where each pixel in the image is a unique galaxy. Image credit: SDSS-III.

The reason for this is the intricate relationship between the expansion of the Universe and the contents of what’s in it, and how that changes over time. When the Universe was hotter and denser in the past, it was also expanding much faster. It expanded so much faster in the past that looking back to the edge of the observable Universe (when the big bang occurred) versus looking to the cosmic microwave background (380,000 years later) corresponds to a 900 million light year difference today! 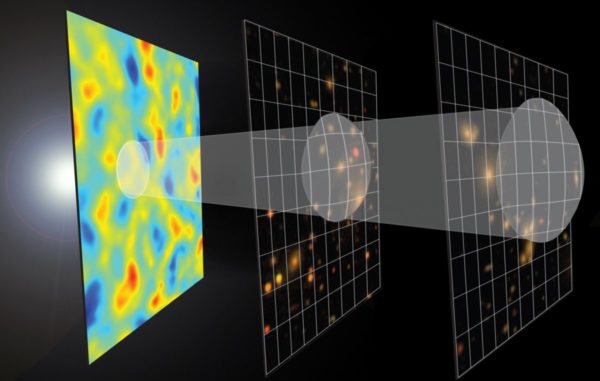 The light we perceive as the cosmic microwave background is actually leftover photons from the Big Bang, released at the instant they last scattered off of free electrons. Although that light travels for 13.8 billion years before reaching us, the expansion of space causes that location to be, at present, 45.2 billion light years away. Image credit: E.M. Huff, the SDSS-III team and the Sout Pole Telescope Team; graphic by Zosia Rostomian.

How far is the edge of the Universe from the farthest galaxy? Find out today on this edition of Ask Ethan!

Thank you. It’s good to be reminded of the different expansion rates at different times since the end of inflation. The influence of time on the universe is easy (at least for me) to underappreciate.

The universe is expanding. What is it expanding into?

Great article... I take it that on the timeline our galaxy is essentially at the edge of the universe. If so, where are we positionally with other galaxies? Could we turn our telescopes around so to speak (and not look "back in time") but where galaxies may be "ahead of" us on the continuum.

The universe is bigger than we can see. Most times when someone talks about the universe, they mean the "observable universe." It's understood that we can't see things a trillion light years away; there hasn't been enough time for light to get to us.

A simple answer from a casual enthusiast. Others may explain it better or correct my take on it.

Right, it's so big we lack the perspective.

If the big bang theory is in keeping when the waves get farther and farther away from the center of the big bang its logical that they encounter forces that slow them down. There are too many of those forces to list here but they exist as proven by our observations here on earth.

Who made the big bang happen? What if the one who made it happen explains it us explains about the skies, earth, mountains, rivers, oceans, creatures of all sorts, explains stages we go through in creation from mere droplets to a fully grown human being, tell us he is mighty, tells us to ponder over his vast creations and details to us what he needs from us and proves it to us that if we follow and surrender our life is going to beautiful, also promises of rewards to come after death, on the other hand, warns of severe punishment for those who reject. Don't you not owe it to your self to read the Quran in hope to understand it once!

How have we made any scientific discoveries since the Quran was written if it has all the answers?

So a creator creates a universe and all the complexity within for the sole purpose of the creator doling out severe punishment to people who do not worship him (or surrender our lives to him)? That is the most underwhelming explanation of the universe I have ever heard and saddens me deeply.
And all those poor souls that have not known the Quran who were created by this creator simply to be severely punished? Islam can be a beautiful set of ideas, but you somehow made it the most depressing thing I have ever heard of.