The Crab Nebula is one of the most interesting and compelling objects in the entire night sky. In the year 1054, a supernova went off in the constellation of Taurus, where it became brighter than anything other than the Sun and Moon in the sky. Some 700 years later, astronomers discovered the remnant of that supernova: the Crab Nebula. 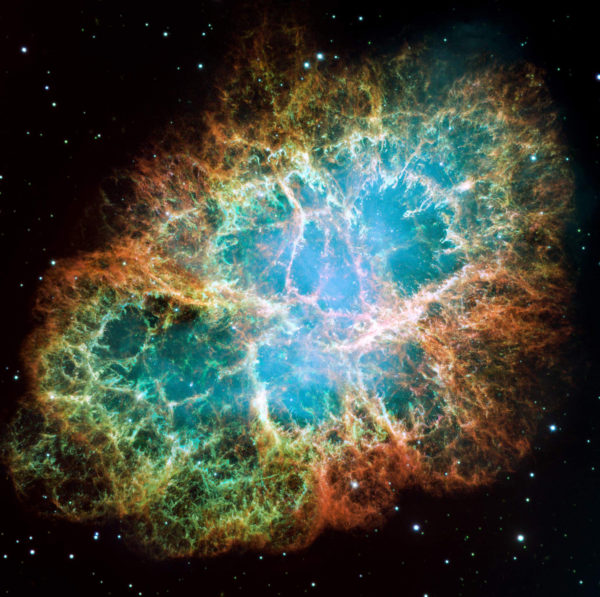 An optical composite/mosaic of the Crab Nebula as taken with the Hubble Space Telescope. The different colors correspond to different elements, and reveal the presence of hydrogen, oxygen, silicon and more, all segregated by mass. Image credit: NASA, ESA, J. Hester and A. Loll (Arizona State University).

For nearly a millennium, it’s been expanding at 0.5% the speed of light, and the nebula now spans more than 11 light years across. With a neutron star at its core and a shell with incredibly intricate structures, it’s one of our greatest cosmic clues to where the Universe’s enriched, heavy elements came from. 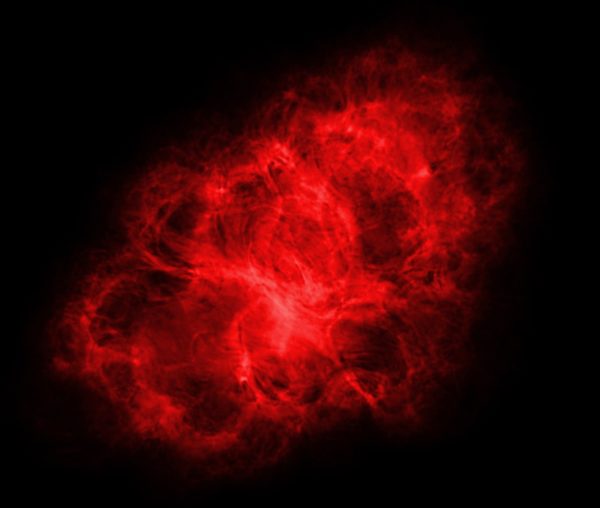 The VLA view of the Crab Nebula showcases a view of this supernova remnant unlike any other we've seen. Image credit: NRAO/AUI/NSF.

With the advent of a new, five-wavelength composite, we’re seeing this nebula as never before, and closing in on the last of this supernova’s puzzles.

"However, one significant problem remains with the nebula: the masses don't add up. By looking in all these different wavelengths, we can calculate/estimate the mass of the Crab Nebula, and arrive at a figure of about two-to-five solar masses. The neutron star at the core is likely no more than two solar masses, and yet it should be impossible to have a supernova unless your progenitor star is at least eight times the mass of the Sun. So where did that extra mass go? There's no shell around the nebula, and we've looked at length for one. Instead, our models of something — the nebula, the neutron star, or the supernova itself — must have a flaw in it somewhere. The data is better than it's ever been; now it's time for scientists to put those final pieces of this great cosmic puzzle together!"

"… must have a flaw in it somewhere."

Perhaps not, maybe the supernova explosion was induced by something external … something
mankind-ish. Cause 'we' have a tendency to 'involuntary' destroy things look at our own planet. Play Stupid Games, Win Stupid Prizes.

Do other known supernova remnants out there exhibit this same kind of mass discrepancy as the Crab Nebula, or is the problem unique to it? A cursory look doesn’t turn up any attempts to estimate the mass of other known remnants like the Cygnus Loop or RX J0852.0-4622.