Ask Ethan: What Does The Edge Of The Universe Look Like? (Synopsis)

"The Edge... there is no honest way to explain it because the only people who really know where it is are the ones who have gone over." -Hunter S. Thompson

When we look at the nearby Universe, it looks a lot like we, ourselves, appear. Nearby galaxies are similar in structure to our own; the stars inside them have the same properties, masses, ages and distributions as our own. But as we look to greater and greater cosmic distances, we find that more distant galaxies appear younger, bluer, smaller, and less evolved. If we go back beyond a certain point, there are no more galaxies at all. 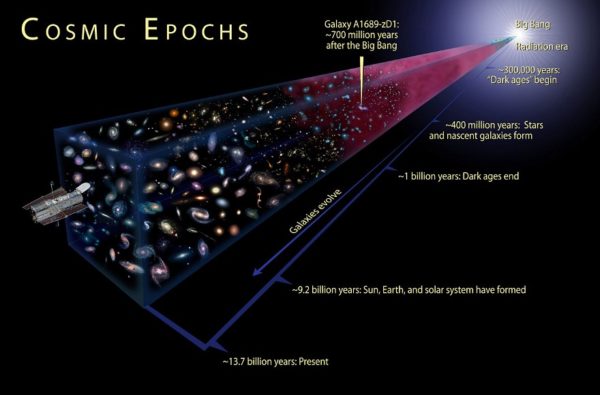 Nearby, the stars and galaxies we see look very much like our own. But as we look farther away, we see the Universe as it was in the distant past: less structured, hotter, younger, and less evolved. Image credit: NASA, ESA, and A. Feild (STScI).

What’s going on? Does this mean that, if we go back far enough, there’s an edge to the Universe? And if so, what does that mean? What lies beyond it? And what would someone living on that edge see and perceive? It turns out that there is a boundary to our Universe, but not in space. 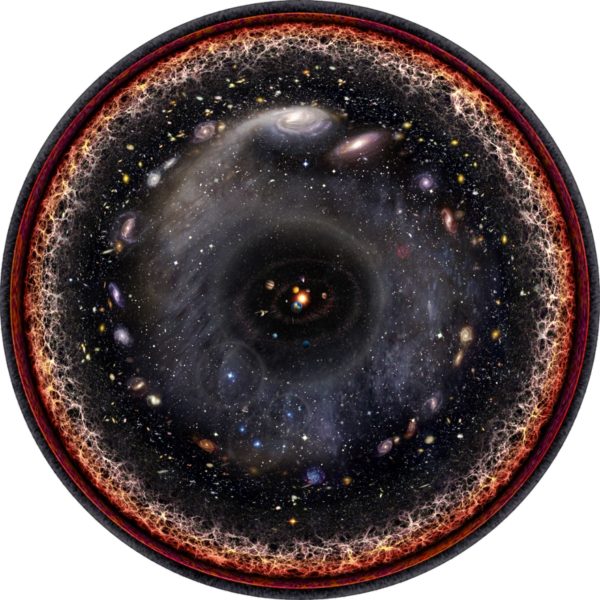 Artist's logarithmic scale conception of the observable universe. Galaxies give way to large-scale structure and the hot, dense plasma of the Big Bang at the outskirts. This 'edge' is a boundary only in time. Image credit: Wikipedia user Pablo Carlos Budassi.

Instead, there’s a boundary in time, and once we understand that, we can finally understand what the true answer is. Come find out what it’s all about on this week’s Ask Ethan!

I'm ur biggest fan also why are u so amazing