Break The Standard Model? An Ultra-Rare Decay Threatens To Do What The LHC Can't (Synopsis)

"There are several categories of scientists in the world; those of second or third rank do their best but never get very far. Then there is the first rank, those who make important discoveries, fundamental to scientific progress. But then there are the geniuses, like Galilei and Newton. Majorana was one of these." -Enrico Fermi

Want to uncover the secrets to the Universe? Find out what particles and interactions there are beyond the Standard Model? The conventional approach is to take particles up to extremely high energies and smash them together, hoping that something new and exciting comes out. That’s a solid approach, but it has its limits. In particular, we haven’t seen anything new at the LHC other than the Higgs Boson, and might not even if we run it forever. 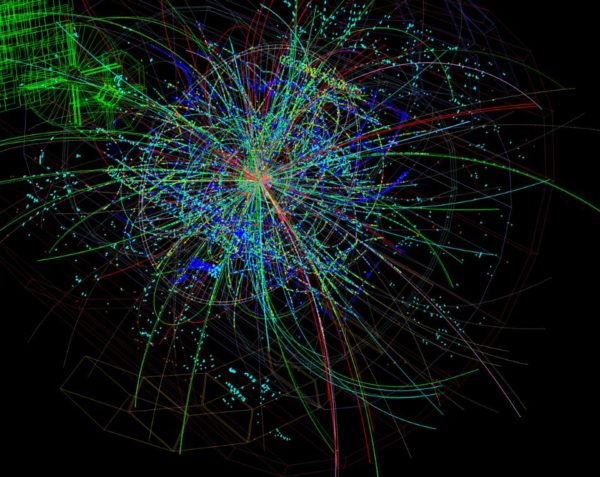 The particle tracks emanating from a high energy collision at the LHC in 2014. Although these collisions are plentiful and incredibly energetic, they have not yet yielded any compelling evidence of physics beyond the Standard Model. Image credit: Wikimedia Commons user Pcharito.

But another, more subtle approach might yield heavy dividends: simply gathering a very large number of unstable atoms and looking for a special type of decay: neutrinoless double beta decay. If this decay actually occurs in nature, it would mean that neutrinos aren’t like the other particles we know of, but rather that neutrinos and antineutrinos are the same particles: Majorana particles! 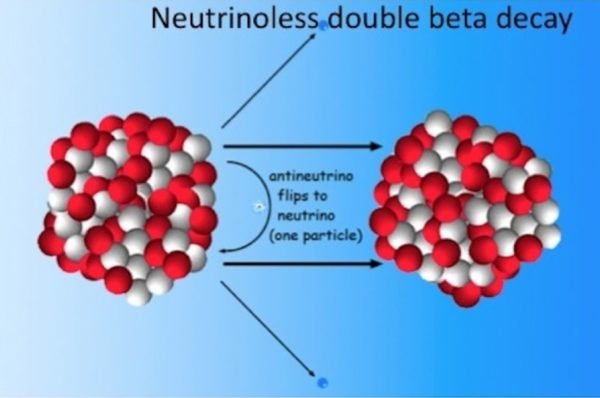 If this decay, where you have double beta decay and no neutrinos emitted, is observed to occur, it implies that neutrinos are Majorana particles. Image credit: Oak Ridge National Laboratory / UT-Battelle / Department of Energy.

What would all of this mean, and what would it teach us about our Universe? Find out about our simplest hope for going beyond the Standard Model today!

No, the LHC hasn't shown that we live in a multiverse (Synopsis)

Why is it a big deal that the new LHC particle is verified as the Higgs?

"If you're a reporter, the easiest thing in the world is to get a story. The hardest thing is to verify. The old sins were about getting something wrong, that was a cardinal sin. The new sin is to be boring." -David Halberstam It was only a few months ago that both collaborations at the Large…

Why Haven't We Discovered the Higgs yet?

"...the publisher wouldn't let us call it the Goddamn Particle, though that might be a more appropriate title, given its villainous nature and the expense it is causing." -Leon Lederman, author of The God Particle The Higgs Boson: you know the deal. It's the last undiscovered particle in our…

New LHC Results Hint At New Physics... But Are We Crying Wolf? (Synopsis)

"In recent years several new particles have been discovered which are currently assumed to be “elementary,” that is, essentially structureless. The probability that all such particles should be really elementary becomes less and less as their number increases. It is by no means certain that…
Advertisment