“Having totality means being capable of following 'what is,' because 'what is' is constantly moving and constantly changing. If one is anchored to a particular view, one will not be able to follow the swift movement of 'what is.'” -Bruce Lee

If you’ve never seen a total solar eclipse before, you’ve likely heard about many of the features to look for, like the sky darkening during the day, the Sun disappearing, and the solar corona and, occasionally, stars becoming visible during the day. But if you take an enhanced view, either with binoculars, a telescope, or photography, so much more becomes apparent. 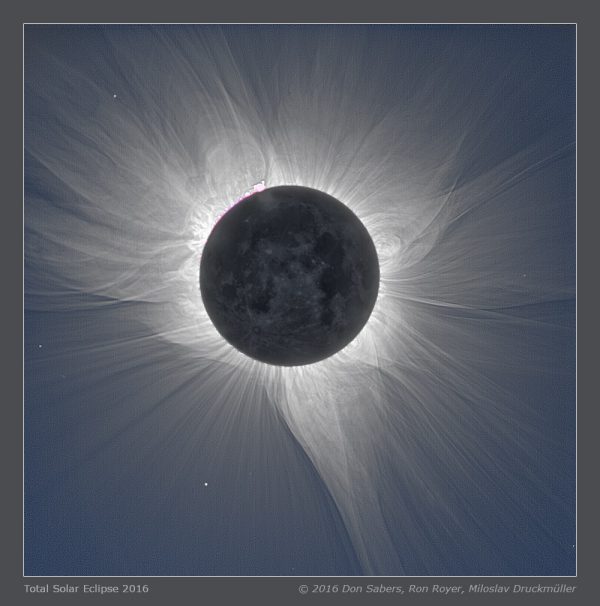 32 images of the 2016 eclipse were combined in order to produce this composite, showcasing not only the corona and the plasma loops above the photosphere with stars in the background, but also with the Moon's surface illuminated by Earthshine. Image credit: Don Sabers, Ron Royer, Miloslav Druckmuller.

The Sun’s corona extends for millions of kilometers in all directions, while plasma loops and the Moon’s surface are illuminated. The Moon’s shadow can be seen across portions of the daytime sky, and it’s not just stars but also planets that can become visible. And finally, if clouds appear in the upper atmosphere with just the right conditions, the end of totality might herald the fascinating optical phenomenon of iridescence. 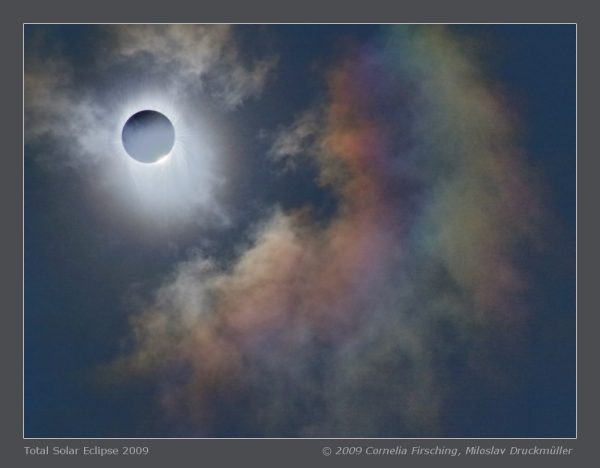 Beautiful iridescent clouds, Baily's beads and the diamond ring just after the third contact is surely a superb once-in-life experience. Even clouds may have a silver lining. Image credit: Cornelia Firsching, Miloslav Druckmuller.

Thanks to the extraordinary eclipse photography of Miloslav Druckmuller, you can get a preview of it all! Catch it on today’s Mostly Mute Monday.

It's all about the apps:
https://eclipse.aas.org/resources/apps-software