Mostly Mute Monday: The edge of the Sun (Synopsis)

“Girls blush, sometimes, because they are alive, half wishing they were dead to save the shame. The sudden blush devours them, neck and brow; They have drawn too near the fire of life, like gnats, and flare up bodily, wings and all. What then? Who’s sorry for a gnat or girl?” -Elizabeth Barrett Browning

As viewed from Earth, total eclipses of the Sun are relatively rare things, happening less than once a year on average and even then, rarely occurring over heavily populated areas. Nevertheless, thousands or even millions of people flock to catch these spectacular, inimitable sights. 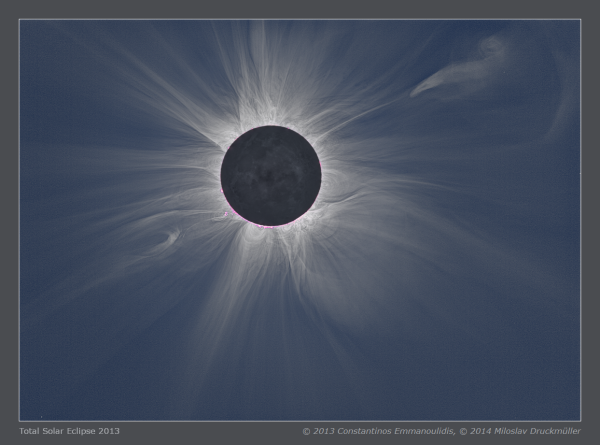 One photographer, Miloslav Druckmüller, has taken eclipse photography to a whole new level, even outdoing spaceborne NASA missions when it comes to finding detail in the Sun's corona. From three locations, he had a team photograph a single eclipse in 2013, one where totality lasted mere seconds. 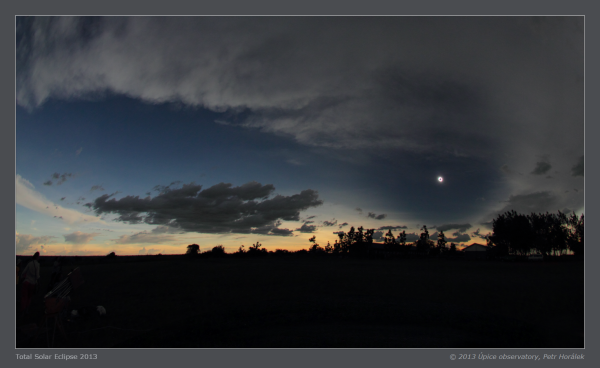 Wow! This is beautiful!
It is hard to believe that humankind has been afraid of the symbolic meaning of solar eclipses for millennia. Fear of solar eclipses still exists today. Many people around the world still see eclipses as evil omens that bring with them death, destruction and disasters. What we now read as folklore was once the beliefs of real people in real cultures and religions. In ancient China, a dragon was thought to lunch on the Sun, causing a solar eclipse. In fact, the Chinese word of an eclipse, chih or shih means to eat.

i did not know that #Leana. I always thought it was just a beautiful, natural occurrence. I do not understand how it could ever be seen as a dark omen.