How Can Worlds That Never Get Above Freezing Have Liquid Water?

Here on Earth, water can easily exist in all three phases of matter: solid, liquid, and gas. The reason for this is simple: Earth has the right range of temperatures and pressures to experience not just the common solid and gas phases, but the liquid water phase, too. In the outer Solar System, worlds like Europa, Enceladus, and Pluto are too far from the Sun to ever reach surface temperatures high enough to create a liquid phase; it seems that water is a no-go. 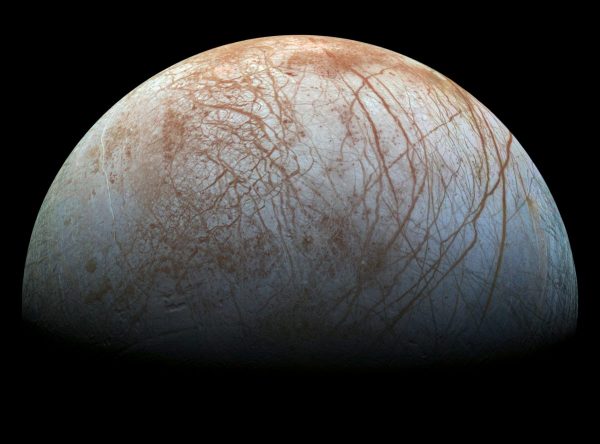 Europa, one of the solar system's largest moons, orbits Jupiter. Beneath its frozen, icy surface, a liquid water of ocean is heated by tidal forces from Jupiter. Image credit: NASA/JPL-Caltech/SETI Institute/Galileo Orbiter.

But there must be subsurface oceans on these worlds! Not only is there geological evidence of an ocean beneath a thick layer of ice, but on some worlds, like Enceladus, we can actually see large plumes of liquid water ejected hundreds of kilometers above the surface, like some sort of planet-scale geyser. While the increased pressure from the ice plays a role, it isn’t enough on its own; there must be other factors, too. 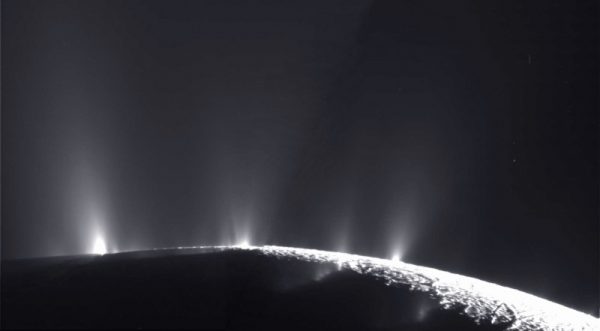 The tidal forces acting on Saturn's moon Enceladus are enough to pull its icy crust apart and heat the interior, allowing the subsurface ocean to erupt out hundreds of kilometers into space. Image credit: NASA / JPL-Caltech / Space Science Institute.

How do worlds that never get above freezing actually come to have liquid water on their surfaces?