"Truth in science, however, is never final, and what is accepted as a fact today may be modified or even discarded tomorrow. Science has been greatly successful at explaining natural processes, and this has led not only to increased understanding of the universe but also to major improvements in technology and public health and welfare." -National Academy of Sciences

It’s no secret that peering out into the distant Universe is best done from space, just as looking at our entire world is best done from that same vantage point. For all of human history until the mid-20th century, this was an utter impossibility. But thanks to advances in rocketry, and how NASA managed to put space technology together, we now have views of everything from our home planet to the deepest recesses of the Universe that have taught us lessons we never could have imagined. 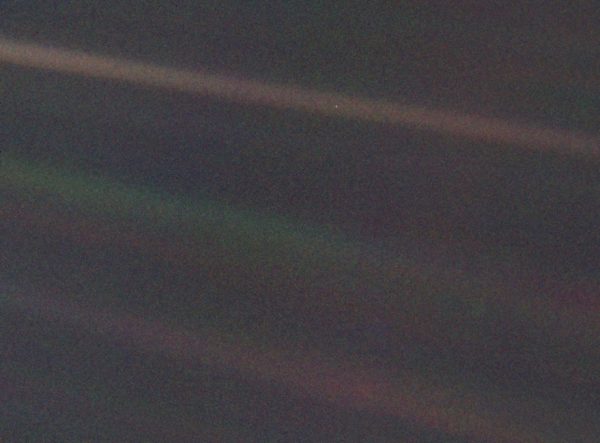 This narrow-angle color image of the Earth, dubbed 'Pale Blue Dot', is a part of the first ever 'portrait' of the solar system taken by Voyager 1. The spacecraft acquired a total of 60 frames for a mosaic of the solar system from a distance of more than 4 billion miles from Earth and about 32 degrees above the ecliptic. From Voyager's great distance Earth is a mere point of light, less than the size of a picture element even in the narrow-angle camera. Earth was a crescent only 0.12 pixel in size. Image credit: NASA / JPL.

From the most distant galaxies to a distant view of Earth, all the way back to the youngest baby picture of the Universe ever taken, NASA has been with us throughout every step of the journey. As we peer ever deeper into the abyss and put not just the cosmic story but our place in it into perspective, it’s important to periodically look back at the beautiful but science-rich images that helped shape our view of what all this is actually about. 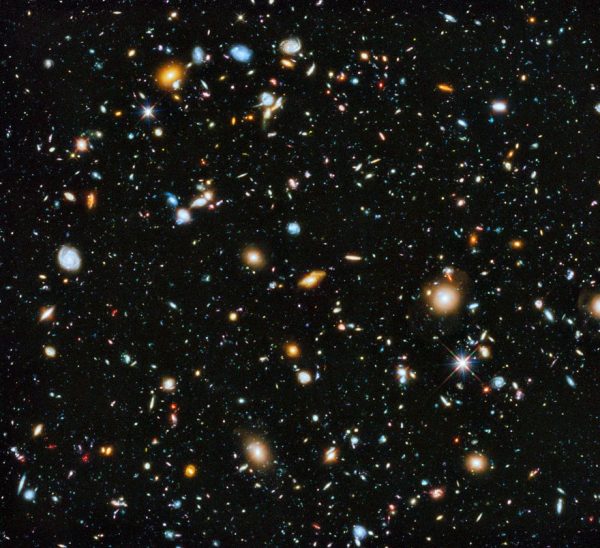 Come see the five NASA photos that changed the world, and see if your list of five would be any different. (I bet it would be!)

I have a bone to pick with the person that named Bill Anders Apollo 8 photo "Earthrise". They clearly did not understand the mechanics of the Earth-Moon system.

The Earth does not "rise" on the Moon. I wonder how many people realize that if you lived on the Moon the Earth would hang in the same spot in the sky eternally. It would go through phases like the Moon does, but it would never change its position.

The only reason that Anders saw the Earth "rise" is because his craft was orbiting the Moon at the time.

To refer to the Earth "rising" from the Moon is just wrong.

I don’t know about the other pictures, but “Earthrise” and the “Pillars of Creation” are #1 & #2 in my book!

Lunar Orbiter 1 took the first pictures of 'earth rise'. Sadly grainier BW was dismissed by color in the publics imagination, or by the fact it was taken by a man. So I guess the Apollo ones fit better in the 'change the world' category.

Still, in terms of 'change the world', Galileos first sketches (OK not images but still) I think deserve to be at the very top of this list.

Well, the Sun does not rise on the Earth either, if you want to be pedantic.

IMO all astro photo's ever taken are equally important. We learn our craft from seeing the results of a session with a camera-on-telescope. Next time, what we learned, gets applied to the new session. Progress. As technology improves, we get better again.
Yes, we have improved over time, but that is inevitable. Our nature to be better at what we do is always there.

An interesting story to note about the "pale blue dot" image. Sagan had to struggle to get approval to do that picture, because there was no science value in taking that image. And even when the picture was made, at first it seemed like a dud.. just one pixel among many. It was only after Sagan put it in context of his now famous paragraphs, that;s us.. the only home we've ever known.." did it start to sink in. And really sink in :)

Sure is difficult to pin it down to five, especially in terms of 'changed the world'.
This was also a big one for me and popular impact.
https://www.nasa.gov/sites/default/files/images/576200main_s84-27017_fu…

As was this (even though, according to Armstrongs own autobiography, it wasn't the first footstep).
https://www.nasa.gov/images/content/138157main_footstep.jpg

And in terms of 'changed the world', tragically, this one.
http://a.abcnews.com/images/Technology/GTY_Challenger_Explosion_ER_1601…

Wahoo. My copy of Treknology arrives wednesday. Thats the rest of the week gone!!