There's the distance between people, who subconsciously space themselves apart, providing a reliable visual matrix of intimacy. It's no coincidence we use the word "close" to describe our most intimate relationships: to whisper and caress, we draw near to one another, less than six inches apart. For chatter amongst personal friends, the norm ranges from 1.5 to four feet. The more estranged, the farther away we shrink. Social distance for interactions among acquaintances overlaps with the previous category, but ranges outwards to nearly twelve feet. Of course, we don't always have the luxury of being in one another's company: these days, intimates whisper sweet nothings across fiber-optic lines thousands of miles apart.

The study of these social distances, and their cultural fluctuations, is called proxemics, a term coined by the anthropologist Edward T. Hall. We've all experienced the lizard-brain unease of violated proxemic standards: the dreaded "close talker," the gradual inching-away of cooled intimacy. These concentric circles are so engrained in our picture of normality that they seem to affect our relationship with the idea of distance, too. Things perceived at point-blank range–the faces of our loved ones, our direct sensorial and tactile experience–are comfortingly familiar. We are "close to" such closeness. Trusting, we allow the neighboring world to touch us, never pausing to question if perhaps (and why not?) the ground might suddenly cease to support our feet, or if the familiar push-back of haptic touch might dissolve to a vague nothingness.

Then there's the distances of the global everyday, regularly collapsed: foreign stock markets, video conferences with traveling colleagues, news broadcasts from around the world, and our knowledge of people and places beyond our ability to sense directly. In the proxemic model, these might correlate with a tertiary circle–not intimate, but knowable. Although I have never seen the pyramids at Giza, I'm certain they exist. Unlike the ground beneath my sneakers, I don't currently take them for granted, but they don't seem impossible, either: I might conceivably, one day, stand at their cyclopean feet. I know people who have made the trip. The distance is broachable; it can be calculated in human-lengths. 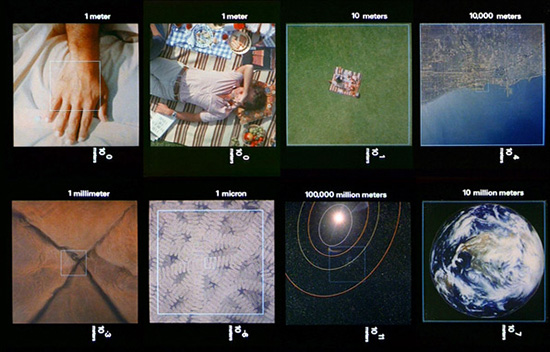 But there are limits to comprehensible distance. A few exponential clicks away from our bodies–outwards to the cosmos, or inwards to the molecular world–and distance, as a human concept, loses all meaning. I'm reminded of the Ur-iconic Charles and Ray Eames film, Powers of Ten, which deals with this eventual sameness-in-quality of very small and very large scales: no matter if you go in or out, if you go far enough, distance plunges into an abstraction so total it is nearly impossible to hold in the mind. It's like the very idea of infinity. When you picture such scales, as David Foster Wallace wrote in Everything and More, his excellent history of infinity, you "feel, almost immediately, a strain at the very root of yourself, the first popped threads of a mind starting to give at the seams."

The prevailing cosmological model of the formation of everything (the Big Bang Theory, of course) posits that the physical universe began as a condensed point which exploded outwards throughout space and time, and which continues to expand. Feeling the insane magnitude of the universe is tantamount to understanding the massive forces underlying its expansion, because, of course, in the language of astronomy, distance is time. We measure objects' distance by the time it takes their light to reach us; the farther away, the more ancient, the more complicit with the birth of time itself.

And the more our systems of seeing and knowing break down, incidentally. It's in infrared that scientists peer, straining, at objects near the far edges of the cosmos–because the universe is still expanding, the farther away we look, the faster objects are moving away from us.

One of the strangest truths of astronomy is the notion that objects we see in the night sky–or through telescopes, for that matter–may no longer themselves exist, and that with truly distant things, we glimpse into the past. It's strange precisely because we don't associate time and distance with objects in the visible, tangible world; the pyramids aren't old because they're far away, after all. This is a variety of thinking about distance that is natural to science–intrinsic to our working theories of space and time–but which only applies to unthinkable scales. 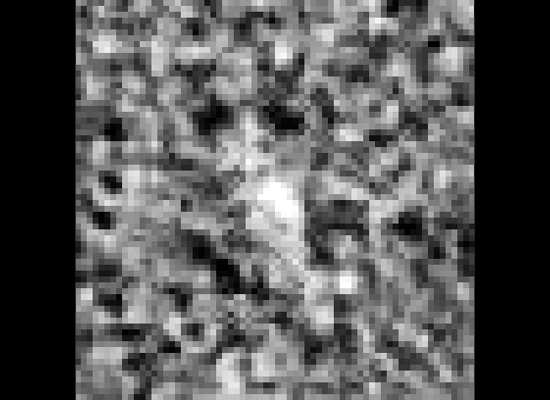 When I attempt to conceive of, say, MACS0647-JD, the farthest known galaxy, I feel as though the energy which rent the universe has grasped me in its teeth and is whipping me like a rag-doll through space. I feel like I am falling at untold speeds. The distance itself is like a force. Even gazing at something visible, like Jupiter or Mars pinpricked in the night sky, feels not like standing at the foot of the pyramids but deep below them, cast into the black-pit of an immeasurable well from which I can barely see the sky.

I think of it as a factor of the confluence of an observer's "size" and "acceleration".

Our physical stature is one of our most fundamental existential "givens"--- and, as part of that given fact, we have a naturally occurring frame of reference or point view via which all our conceptions of duration and motion are necessarily filtered.

Hey your concept was great .