Writing for the Internet is like yelling into the void: freeing, probably more than a little cathartic, but ultimately lonely. That's not to say that I haven't made profound connections out here, but like most writers I long for a little thing with my name on it that fits in the hand, that can be passed around and earmarked, tossed away and re-discovered.

Which is why I'm so pleased to announce the existence of precisely such a little thing: my brand-new collection of essays and arcana, High Frontiers, fresh from the presses of Publication Studio:

High Frontiers brings together disparate pieces of my writing from all over the web, newly polished, lined up in a row, and illustrated: things that made their debut here on Universe, science fiction criticism and reviews from my sister blog, Space Canon, and articles originally penned for the World Science Foundation, Motherboard, SEED Magazine, and Rhizome.org. Subjects covered range from submersibles to mycology, surrealism, cyborgs, machine learning, love, and art on the moon; it includes interviews with Dr. Oliver Sacks, Trevor Paglen, and Ursula K. LeGuin, and a couple of weird poems, to be safe.

Art, science, poetry, technology: these all create models for reality, chance forecasts for the future, incant their vision to the public, and ultimately inform complex nesting sets of shared truth. Science fiction is shockingly predictive, while science itself often demands broad suspension of disbelief. Those who seek to understand the ultimate nature of the universe are not only creating testable, theoretical models; increasingly, it's the questions themselves which unite us. Where do we come from? How can something come from nothing?

Publication Studio is a press based in Portland, Oregon, with outposts all over North America. They print and bind beautiful books on demand, as well as maintain a digital commons where anyone can read and annotate books for free. I'm a big fan of what they do: Publication Studio is really a laboratory for publication in its fullest sense. As they say, they're into "not just the production of books, but the production of a public." High Frontiers is available for sale on their website, in physical and DRM-free eBook versions. The physical edition designed was laid out entirely by yours truly, with a cover design by Jona Bechtolt, and it's a really delightful little object, a handsome addition to any self-respecting polymath's home library. 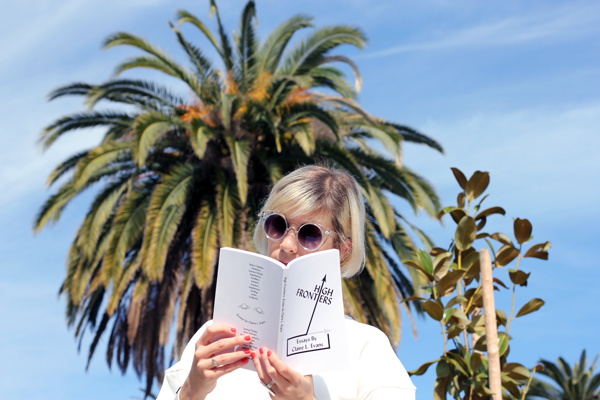 In 2013, we may be on the tail end of print book-making in its traditional forms, and that's a longer conversation. For the time being, I'm happy just make satisfying objects, and to find a marketplace in which to share them with people. Like Universe, this book is a labor of love, and your purchases support me (and Publication Studio) directly.