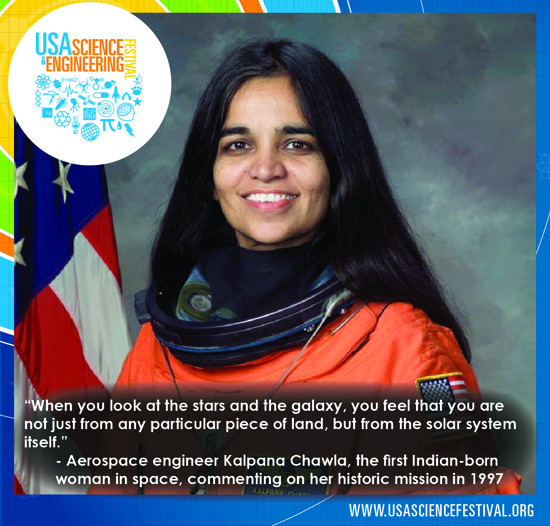 Born in the small town of Karnal, India, she became hooked on flight when she took her first plane ride in a small craft through the local flying club. Kalpana Chawla would later become a certified FAA flight instructor, a talented aerospace engineer, and a NASA astronaut. She was the first Indian American Astronaut and the first Indian-born woman in space. Her promising future ended in 2003 when she died with 6 fellow astronauts aboard the shuttle Columbia over Texas.

Read more to discover how her memory and love of spaceflight are being kept alive!