"There are so many people who are arguing or fighting over issues which don't have much relevance. We must all realise it is not worth it. It's like being in the whirlpools which are always present behind a little rock near a river. We seem to be living in these little whirlpools and forget that there is a whole river. The picture is much bigger." -Kalpana Chawla

Throughout history, a number of advances have enabled astronomers to collect superior data about the Universe. Smoother mirrors, adaptive optics, superior instrumentation, and optimized photon collection have all made significant contributions, but at some point, you simply have no choice but to go bigger. Doubling the size of your primary mirror doubles your resolution and quadruples your light-gathering power, so bigger is always better. In the mid-2020s, the Extremely Large Telescope (ELT) will be completed, surpassing everything. 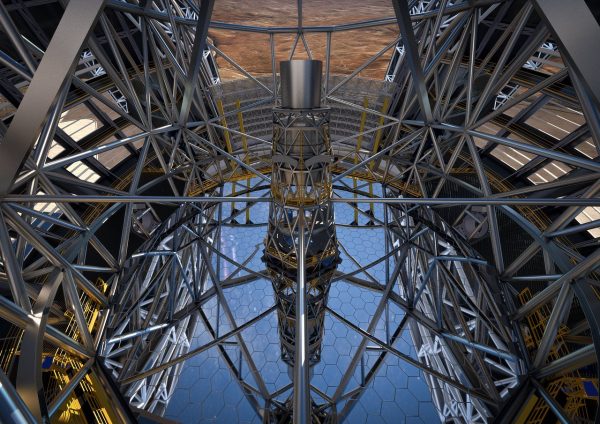 The construction design for the ELT, revealed in 2016, was the basis for this artist's rendition of what the completed telescope, with the dome open, will look like in approximately 7 years. Image credit: ESO/L. Calçada/ACe Consortium.

At 39 meters in diameter, the ELT will be made up of 798 hexagonal segments, each one an impressive 1.4 meters from corner-to-corner. The smoothness of the surface will be a ridiculous 7.5 nanometers, with a resolving power capable of scientific advances the world has never seen. But just as impressive is the technical achievement of making, assembling, and configuring the mirrors. To make the largest, most accurate telescope the world has ever seen means creating something with unprecedented precision. 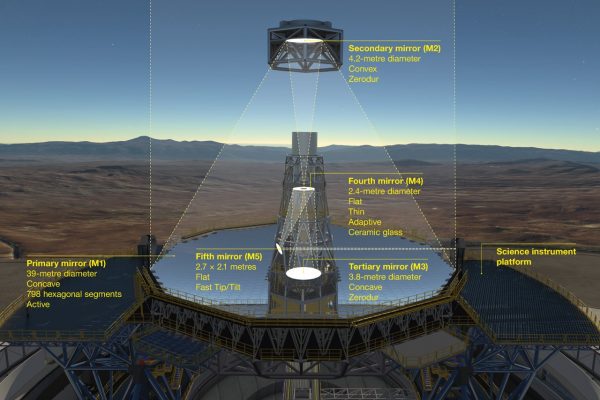 "The smoothness of the surface will be a ridiculous 7.5 nanometers"
How about dust from air?
I think it should be possible to keep away dust by creating a (negative?) static electric field all around the telescope.

I think just like cameras using lenses, telescopes using mirrors will disappear in the future though.
Now there is development of camera sensors that do not need any lens or mirror (but also can simulate any, if needed). So my guess is super giant space telescope of the future maybe just a grid field of flat panels of any size (as long as there is land available on the mountain top).

And it has a hefty price tag. Around 1.2 billion dollars. This is just vanity science putting this on the earth at all.
.
Aside from the dust and condensation which will be all over this thing, It will have the same vibrational problems as with the LIGO. The world vibrates a lot, and particularly on something so large it will be problematic, as well as structural expansion and contraction over such a large structure. Put something more humble in orbit instead, the Hubble telescope was far smaller, yet got better results than much larger counterparts on earth.

I see CFT's particular brand of scathing know-nothingness extends from climate science to astronomy. Do you really think that the problems you mention are not extremely well-known, and their solutions are not already planned for in detail by the dozens of researchers whose career this represents? Despite the dust and the vibrations, which are fully accounted for in the models of the ELT's ultimate seeing power, this telescope will outclass every other terrestrial or orbiting telescope (not sure whether that includes the JWST)--and it will be much more convenient to maintain than an orbiting telescope.