A Computer for Nobel Prize-Winning Work

Here is a photo of one of the Golem computers on which Arieh Warshel and Michael Levitt -- this year's Nobel Prize in Chemistry winners, along with Martin Karplus -- did much of their original work. 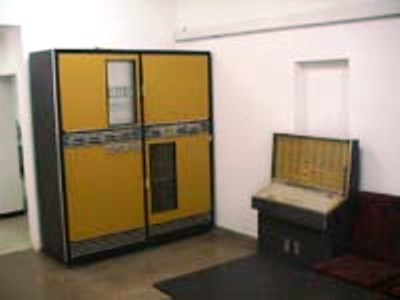 My dad was a computer programmer at that time, so I have some idea of what their work must have entailed. To this science writer, that makes their feat nothing short of amazing.

Did they at least have a card reader?

I'm pretty sure that by the end of the 1960s they would have been using printouts on "computer paper" -- those long perforated stacks with the holes on the edges.