Could no new particles at the LHC be exactly what physics needs? (Synopsis)

"We have made the discovery of a new particle - a completely new particle - which is most probably very different from all the other particles. It's nearly a once in a lifetime experience, I would say." - Rolf-Dieter Heuer

At the end of its second, high-energy run, the Large Hadron Collider appeared to display evidence that perhaps a new particle existed at an energy of 750 GeV. The excess of twin photons produced at that energy appeared in both the ATLAS and CMS detectors, and might indicate the first particle beyond the standard model. 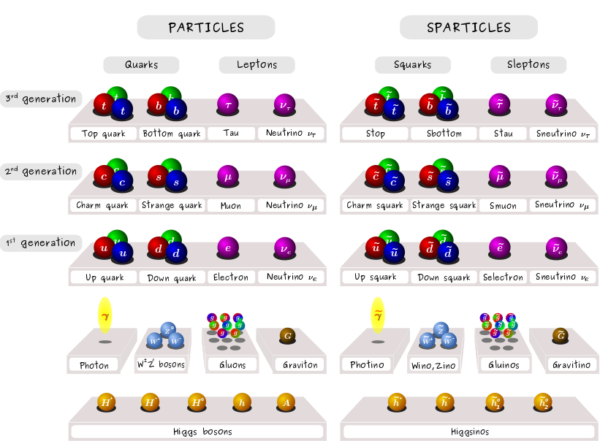 The Standard Model particles and their supersymmetric counterparts. Exactly 50% of these particles have been discovered, and 50% have never showed a trace that they exist. Image credit: Claire David, of http://davidc.web.cern.ch/davidc/index.php?id=research.

It might also be a little-understood feature of the standard model itself, or — perhaps most likely — it may be merely statistical noise. But perhaps the 'nightmare scenario' of no new particles is exactly what physics needs, to divert us away from the dead ends of naturalness, elegance, unification and greater and greater symmetries, which have borne no experimental fruits in more than 40 years. 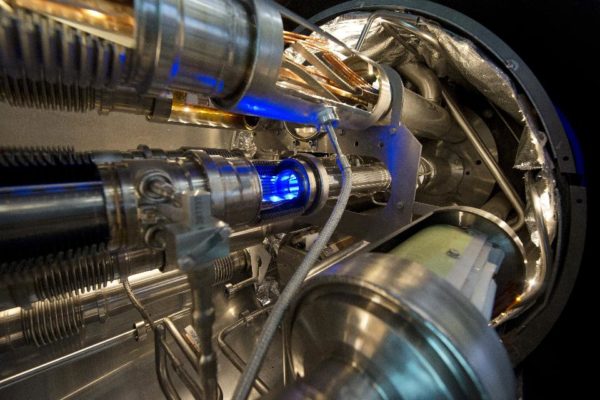 Inside the magnet upgrades on the LHC, that have it running at nearly double the energies of the first (2010-2013) run. Image credit: Richard Juilliart/AFP/Getty Images.

Go and read this wonderful take from Sabine Hossenfelder about why the nightmare scenario might be a real dream-come-true after all!

“The cosmological constant isn’t natural. The Higgs mass isn’t natural… “natural” – a technical term invented to describe the degree of numerical coincidence of a theory.”

Perhaps you could explain this further, Sabine?
…………
“Without any new inputs that can tell us which direction to look towards in the ultimate goal of unification and/or quantum gravity, we’d finally have to admit the truth: we’re completely lost.”

Perhaps you could explain this further, Sabine?

This explosion of stupid may have been visible from space. Why don't you go comment at Forbes, or read Bee's blog, or just G—le "naturalness" and "physics"?

What you will start to get is the effect of many collisions in one place, where particles start to flock. This kind of density is unseen in nature except in SN- or BH jets. Which makes it tricky to still use cosmic rays as a solid reference frame regarding safety.

I am, by definition, not – I'm on the moronic "no-fly/do-not-call list" that he invented at RI. That means that there are no responses.

Anyway, one interested in naturalness – rather than trolling while being too stupid to even restart the babbling "fine tuning" script from the get-go* – might also want to see this Woit entry.

* In order to get to the colossal failure to understand more quickly.

Erm, it seems to me that rather fewer than 50% of the particles in the particles/sparticles figure have been discovered, given that it shows 5 Higgs bosons (unless I am more out of the loop than I thought).

I'd like to hear Mike the Slacker's comment on this article.
He is after all on the tax payer dole and shill for the democratic party but does offer from time to time half ass fair (though democrat humanist slated) informed opinion.

@Ragtag Media #9
I'd like to know what @Ethan thinks of this idea. Sabine has basically said that she hopes we don't find any particles beyond the standard model. It is the "nightmare scenario" and it is the scenario Sabine most hopes for.
https://www.youtube.com/watch?v=JlSQAZEp3PA

Scientists usually like to find new things to mentally play with. This article is bold and unusual. It would be interesting to see if Ethan and Michael Kelsey are on board with that.

you are as huge an ignorant dick as sn.

Bee's Forbes article has a link to one of her blog posts titled "What is Natural?" (http://backreaction.blogspot.de/2009/12/what-is-natural.html). Possibly this will be of help.

Thanks for the link. Maybe it helped you. Not so much for me.

Given that Sabine is a theoretical physicist specializing in quantum gravity, I wonder if it hurt to include the line
“In his article, 't Hooft had the following to say about the cosmological constant: "Quantum Gravity is not understood anyhow so we exclude it from our naturalness requirements."” ?

Does Sabine have any articles on the meaning of “understand”?

"Thanks for the link. Maybe it helped you. Not so much for me."

That would be because you're desperately trying to get the wrong end of the stick to flail about.

"Does Sabine have any articles on the meaning of “understand”?"

Why do you ask - even if she does, you wouldn't read it and it wouldn't help you understand anything.