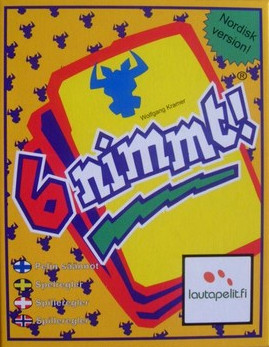 Here are the ten boardgames I played the most during 2014.

These are mostly short games that you can play repeatedly in one evening. Only Glass Road, Qwirkle and Samurai are a bit longer. Another long game that I played a lot was Elfenland. All are highly recommended! Except Archaeology, a game of which I got tired fairly quickly – unlike its scientific namesake.

I played 62 different boardgames in 2014, less than the year before because I concentrated on ones I've got that hadn't seen much play. Looking back since mid-2008, the number is 216, and 19 were new to me this year. Dear Reader, what was your biggest boardgaming hit in 2014?

Stats courtesy of Boardgame Geek. And here’s my list for 2013. Asterisks above mark 2014 arrivals on the top list.