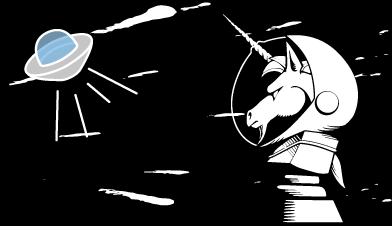 Ascension with its four days off is shaping up to be the geekiest time of the year. This time I had three big events to choose from: the LinCon gaming convention, the Kontur/SweCon scifi convention and the 45th anniversary of the Tolkien Society. Tolkienians do things in nines.

I decided to spend two days at LinCon on the Linköping University campus and one day at Kontur/SweCon in an Uppsala hotel, saving the Sunday for family pastimes.

Here are the games I played at LinCon. And I had lots of free Nepalese tea from the tea bar!

At the convention auction I sold Glass Road, Great Dalmuti, Province, Race For The Galaxy, Space Cadets Dice Duel, Spank The Monkey and Yahtzee. Instead I bought Sid Meier's Civilization and The Castles Of Mad King Ludwig.

At Kontur/SweCon I chatted with loads of acquaintances, old and new. I also heard interesting interviews with Guests of Honour Kameron Hurley, Ann Leckie and Siri Pettersson. Saladin Ahmed couldn't come as planned but had sent clips of himself answering questions from con goers, which were interesting to listen to. Good academic talks too: Josefine Wälivaara about the relative absence of queer themes in scifi movies and television, and Jesper Stage about the economics of colonialism in scifi. And I bought a Lois McMaster Bujold paperback from the Alvar Appeltofft Foundation's huge travelling used-books store.

My next con will be nothing less than the Scifi WorldCon 75 in August, in Helsinki! I learned from its organisers in Uppsala that I'm very likely to be giving a talk about Scandinavian pseudo-archaeology at the WorldCon, and I'll probably also be on some panels. Everyone around the Baltic, you need to go to Helsinki! Not because of me, but because this is an extremely rare event for geeks in the region, pretty much like the Geek Olympics coming to your home town.

14 months of no teaching gigs and several bad professional disappointments have brought me down a bit. So I checked my calendar for things to look forward to in the coming months. April. War games exhibition at the Army Museum. Katana sword exhibition at the Royal Armoury. Fieldwork at a promising…

Spent two happy days at the LinCon 2016 gaming convention in Linköping. 1500 gaming geeks of all ages from newborn to dotage, and with a very good gender balance. The only age/gender demographic that was visibly missing was old women. But brown and black people were sadly almost entirely absent. My…

Junior and I went for two days to LinCon, the annual gaming convention in Linköping (est. 1984). There was a fine crowd of geeks, all ages and with a good gender balance, many in steampunk finery. I said to Junior, "Look at them closely, son. These are your people." Here's what I played. All good…

Hans, Jan and Urban learning Istanbul. This past weekend saw my sixth annual boardgaming retreat: 43 hours in good company at our usual small Nyköping hotel, all meals included. My buddy Oscar organises everything. There were a bit more than 20 of us this year after a few late cancellations,…

Make sure to drop by Rob Balder at the Erfworld booth in Helsinki! I seem to remember you enjoyed the two print books I lent you of his still brilliant web comic, of which I'm a paying subscriber since a couple of years.

Erfworld's colorist is a Finn, that may have something to do with Rob coming there...