But such exciting draws! Carlsen tried the Reti Opening again in Game Three, but this time got less than nothing. Anand was pressing for most of the game, though it seems that Carlsen always had enough counterplay to draw. The crucial moment is shown below: 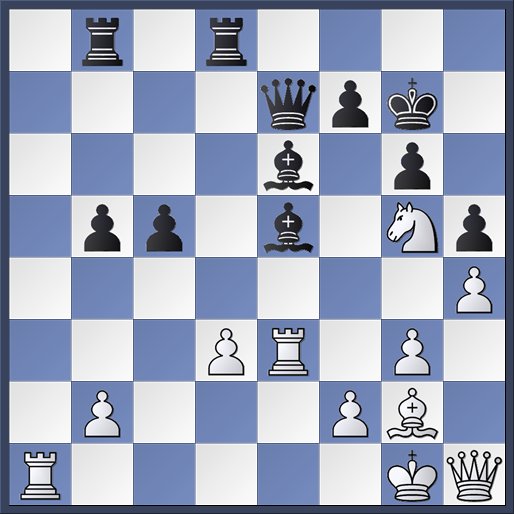 White's queen is looking a bit sad, and it is clear that black has some advantage. Now the famously materialistic computer recommends the cold-blooded 29. ... Bxb2, eating the free pawn and scoffing at white's obvious counterplay down the e-file. Instead, Anand played the calmer 29. ... Bd4. He eventually won a pawn, but white was able to untangle and hold the draw. They certainly played it out to the bitter end, though. Here's the final position: 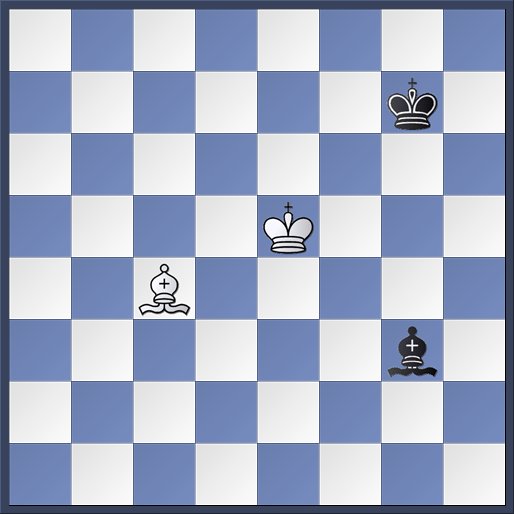 In Game Four Carlsen eschewed the Caro-Kann in favor of the Berlin Variation of the Ruy Lopez. In this line, black accepts a passive position with weakened pawns, in return for a solid structure with real counterattacking potential if white overreacts. Here's the crucial moment: 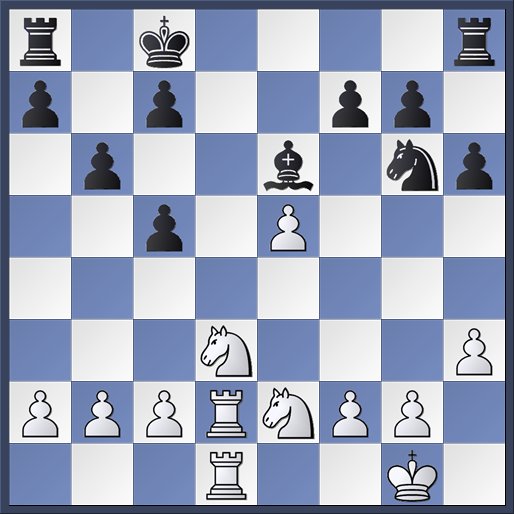 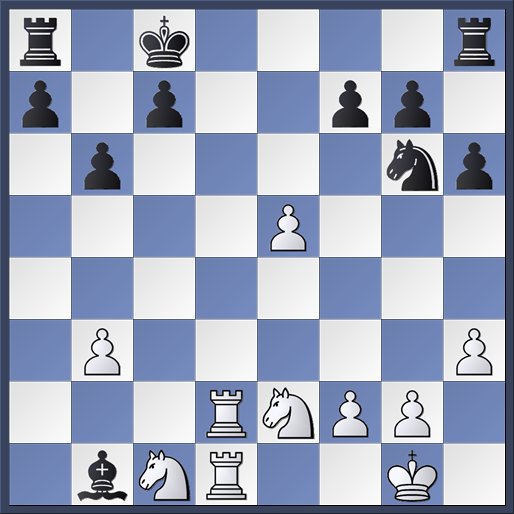 and the bishop escapes. So white is just down a pawn. It's not so clear if this was an oversight on Anand's part, or whether he intentionally sacrificed a pawn. He certainly has some counterplay, since black is still passive and white can play on both sides of the board. In the end, Anand was able to complicate things sufficiently to hold onto a draw.

So, all tied up after four. Eight more games to go!

The weird thing is that White 'til now has created zero winning chances and had to stretch to avoid a loss.

Anand just face-planted in Game Five. It looks like he misplayed a drawish endgame, but I haven't had a chance to go over it yet.

I just played over the game but I understand zilch. After the exchange of queens Anand has the pair of bishops in a fairly open position and still he loses.

The match is done; Anand is creamed.

Yeah, it's pretty hard to come back from back to back losses. Especially against Carlsen.

Hi Jason, I wonder if you would comment on the last couple games in the match. Particularly the 9th game; I feel that Nakamura's comment on how taking the b-pawn & swapping rooks was not correct strategically is spot on. To me this was Anand's last chance to get back in the match. I don't think a draw w/ white would've kept him going psychologically. Any thoughts? Thx.

Things have been so hectic this term, I even got behind on my chess blogging. It's pretty hard to argue with Nakamura. It looks like Anand was actually winning at one point in the last game, but his lapses of calculation just killed him in several games. Carlsen deserved to win, and Anand is pretty clearly not the monster he used to be.

Pretty interesting match, I'd say. I wonder how long Carlsen will keep the title? I wouldn't be surprised if he just loses interest in chess at this point. I'll do a proper blog post when I return from my Thanksgiving break.