This series has featured quite a few direct mates, selfmates and endgame studies. There are, however, other problem genres to consider. One of these neglected genres is the helpmate. So, over the next few weeks, I'd like to show you a few of them.

This week's example is a simple, but, I think, elegant example of how helpmates work. It was composed by me, and it was published all the way back in the April 1989 issue of Chess Life magazine. The problem calls for helpmate in two, with the added stipulation that there are two solutions: 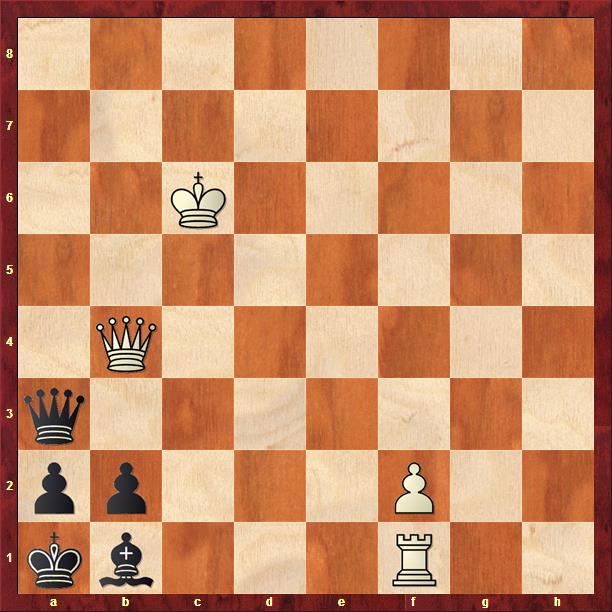 Now, as the name suggests, in a helpmate, white and black are going to work together to create a position in which black is checkmated. In some of my less brilliant tournament games I have inadvertently created helpmates, but in the problem world such cooperation is mandatory! In an added twist, black always moves first in a helpmate unless the stipulation specifically says otherwise. So, a solution to this problem will consist of a sequence of moves of the form: Black moves, white moves, black moves, then white gives checkmate.

What about that two solutions business? In a normal problem, having more than one solution would be considered a cook, and therefore unacceptable. Helpmates are different. You see, it is rather too easy to construct a position in which white and black can cooperate to get balck mated in a small number of moves. So, the problem doesn't really become interesting until there are at least two solutions. These solutions should be related in some way, so that the totality expresses a satisfying theme.

Of course, this is really only true in short helpmates. In longer helpmates, one solution problems are very common. The added moves make it possible to have very intricate, strategic play between the two sides, without the need for added solutions. Also, in some cases, composers use the device of “twins,” instead of multiple solutions, to add interest to their problems. We shall see examples of that in the coming weeks.

Two more tidbits. First, even though white and black are cooperating, we assume that normal chess rules apply. In particular, if either side is placed in check during the play, then that side must get out of check on his next turn. Second, the precise order of moves must be forced for the problem to be considered sound. If even two moves can be played in a different order, then the problem is cooked and must be discarded.

In the first solution, black begins with 1. Qa5: 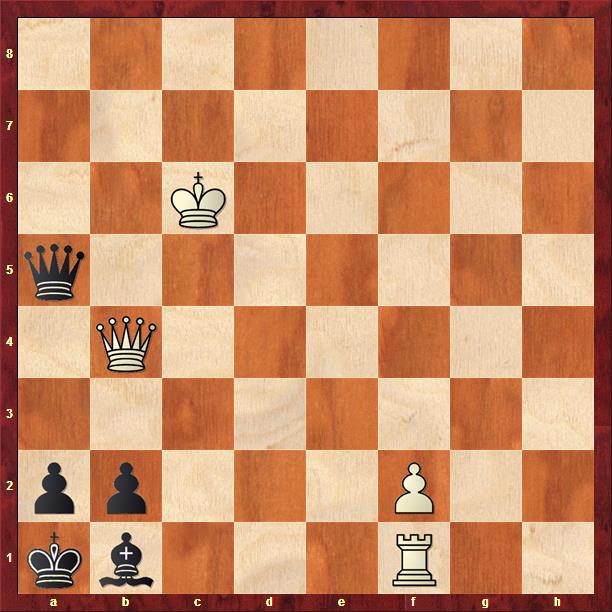 Did I forget the three dots before black's move just now? No! Remember, in a helpmate, black is assumed to move first. The solution concludes with 1. ... Rxb1+ 2. axb1R Qxa5 mate: 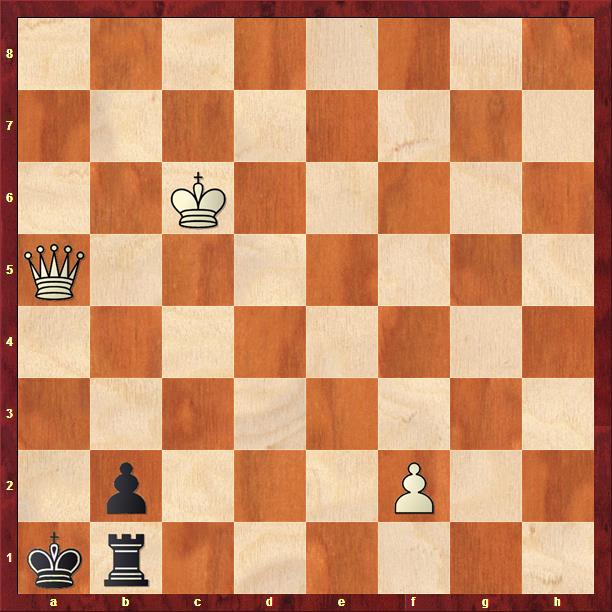 It's not hard to work out why black had to promote to a rook.

That solution has some charm, I suppose, but things get more interesting when we compare it to the second solution. It begins with 1. Qa7: 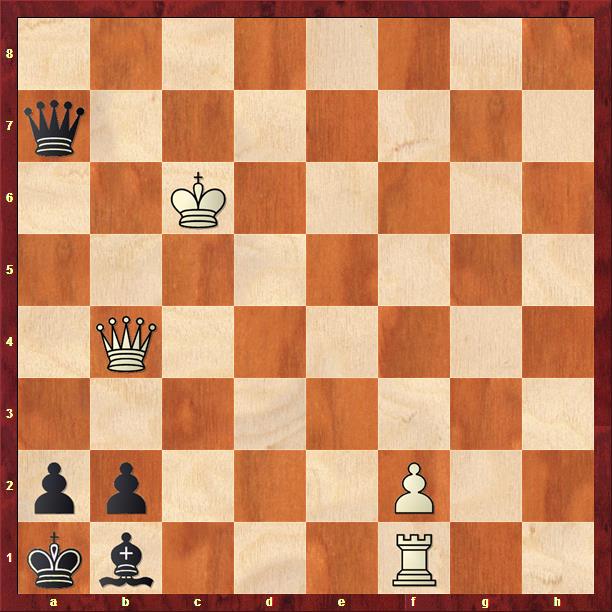 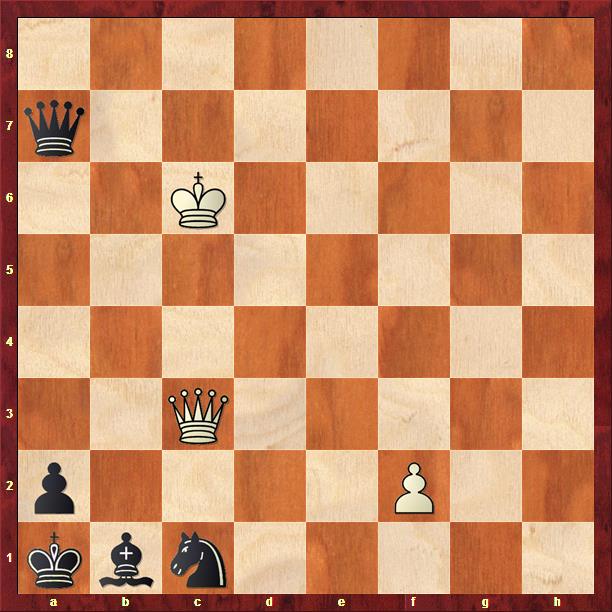 There is great unity between the two solutions. In each, black begins by finding the only appropriate square for his queen. White then sacrifices his rook, allowing black to underpromote. This underpromotion opens a line for the white queen to finish the task. Note that the placement of the white king removes a6, a8 and c3 as possible destination squares for the black queen. All this in a very light and economical setting.

Not deep, certainly, but I still rather like this problem. It also has some special significance for me, since it was my first published composition that was entirely my own work. One previous problem had been published under my name, but that composition had been improved considerably by David L. Brown, the long-time editor of the problem column in Chess Life, prior to publication.

One final note. One of the great difficulties of helpmate composition is achieving soundness. With white and black cooperating, it is very hard to avoid unintended and unwanted solutions. For that reason, helpmates often have heavy construction, with many units only on the board to stop cooks. In the present problem that difficulty is represented by the white pawn on f2, whose sole purpose is to stop cooks based on the white rook and white queen ganging up on the b2 square. Annoying, but unavoidable.

To this point in our Sunday Chess Problem series, we have considered one endgame study and two “direct mates.” While the diagram positions we have considered may have seemed a bit fanciful, we have not yet fiddled with the basic logic of the game itself. Which is to say that even if the position…

Well, it's taken me longer to get back to this than I originally planned, but how about a second look at the Babson Task? The problem below was composed by Leonid Yarosh, in 1983. It's white to move and mate in four: Remember that white is always moving up the board and black is always moving…