For the past two weeks we have looked at calm, sane direct mate problems. Good stuff, but it's time to mix it up a little. So this week we return to the crazy world of fairy chess. We shall consider a relatively new fairy condition called “Take and Make,” which has taken the problem world by storm over the last few years. I was a little skeptical at first, since it seemed a little too contrived to me, but I have gradually become a convert. There is a lot of room for intriguing themes with it.

Here's how it works. In Take and Make chess, when a unit of either color makes a capture, it must immediately, as part of its move, make a non-capturing step in imitation of the unit it just captured. (That is, you Take a piece, and then Make a move in imitation of that piece.) So, if a rook takes a knight, the rook would immediately make a knight hop starting from the square on which the knight formerly resided. If no such imitation move is possible, then the capture is impossible. Note that the “Make” step is part of the move. This means a king can take a protected piece without walking into check, since his move is not complete until the imitation move is made. Checks are as in normal chess however. After the hypothetical capture of the king, the capturing piece is not then expected to carry out the “Make” step.

Weird stuff, but all will become clear when we look at this week's problem. As a warm-up, have a look at this position: 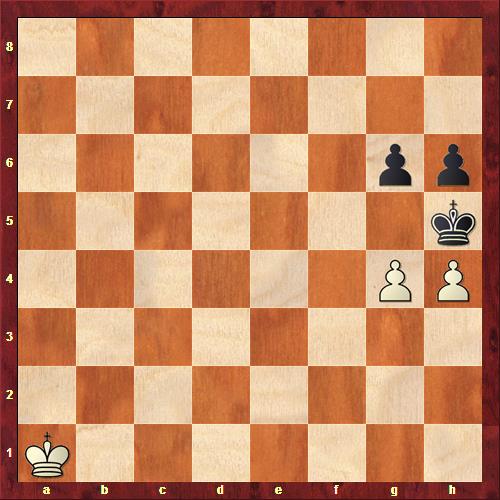 So it is checkmate.

Now here's this week's problem. It was composed by Chris Feather in 2014. The stipulation is helpmate in two: 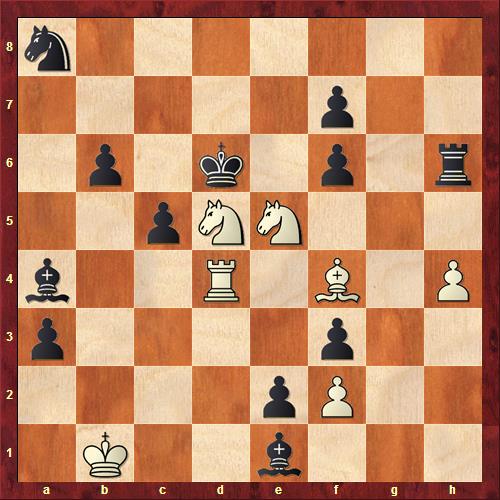 Actually, this problem has a twin, which is something we haven't seen before. After you solve the diagram, you should move the black pawn from f6 to f5. Now you have another helpmate in two. Of course, we will expect the solutions to the two parts to be related in some way.

Recall that in a helpmate black moves first. White and black cooperate to create a situation in which black is mated. Thus, we are looking for a sequence of this general sort: Black moves, white moves, black moves, white gives mate. Remember, black is helping white here. He wants to get mated!

A quick glance at the position reveals that white has two different batteries pointed at the black king. If either knight moves, it will discover check from either the rook or the bishop. This makes us suspect that the solution will involve firing these batteries at the proper moment. Indeed we will, but not before a rather big shock!

We shall go through the first solution slowly, to make sure we have a grip on the Take and Make rule. Black will start by capturing the white knight on e5. He is not placing himself in check from the white bishop, because his move is not yet complete. After capturing, the black king immediately makes a non-capturing knight hop of his choosing, which he does by moving to g4. We can write this as 1. Kxe5-g4. The position is now this: 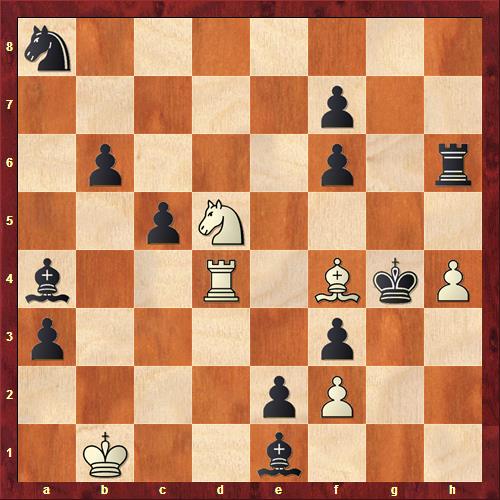 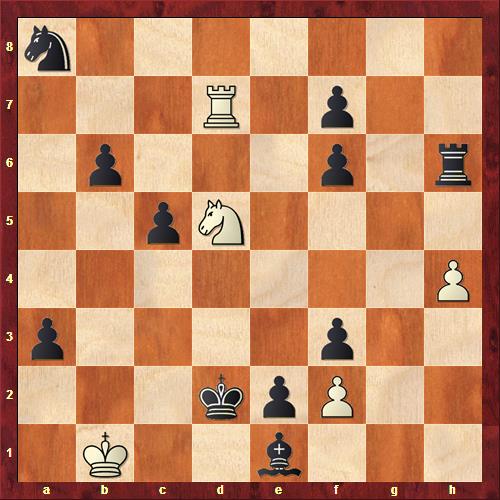 Do you see the point? White still has a rook/knight battery, but the direction of the battery has reversed itself. White now completes his task with 2. ... Nxb6-b5 mate. 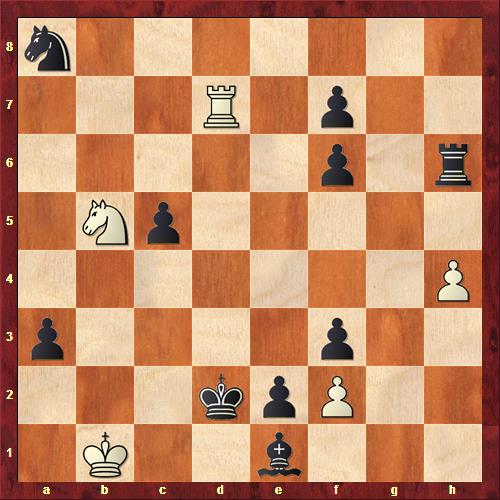 Pretty neat. Now let's consider the twin. We move the pawn from f6 to f5, so that we are now starting with this position: 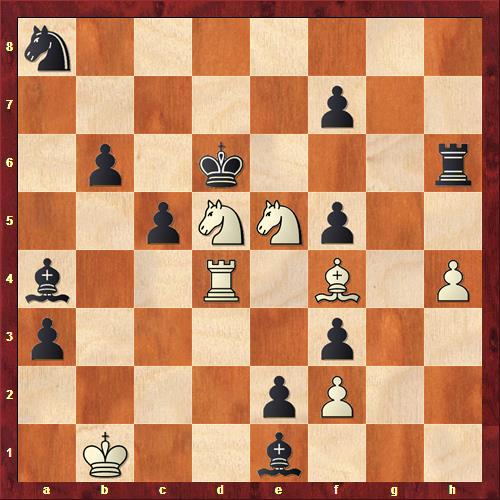 If you suspect that the white bishop/knight battery is going to reverse itself, you're right! Let's see how it happens. Play begins 1. Kxd5-c3 Bxh6-d6 2. Kxd4-f4 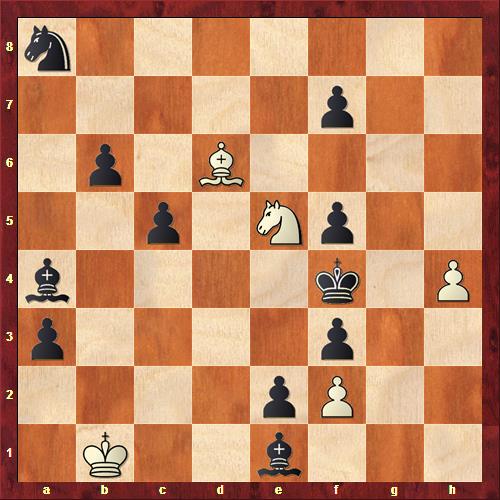 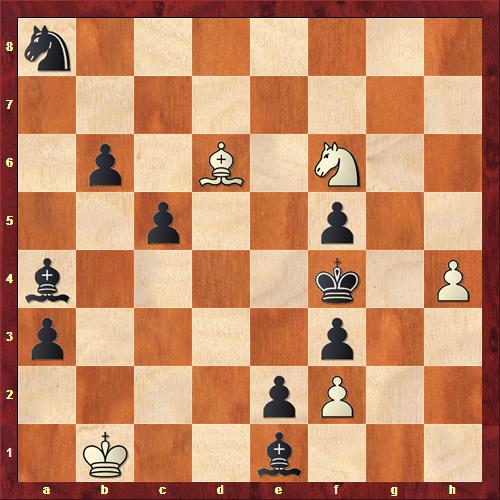 Very nice! There is tremendous unity here. In each part black's king captures both pieces of one of white's batteries, so that his king can get where it needs to be. White's first move involves relocating the rear piece of a battery to a new location in the same line, while his second move his a knight capturing a pawn to give mate.

So what do you think? Would you like to see more problems with this condition, or is it just a little too weird?

"After you solve the diagram..." Didn't it hurt a bit, jamming your tongue so firmly in your cheek?

I felt a bit overwhelmed by this take & make stuff at first, but I must say that the capture-one-battery & reverse-another solutions presented here are mighty impressive. Quite a task for a 2-mover.