This past week has mostly been devoted to working on my magnum opus about mathematical anti-evolutionism. That has meant lots of frustrating hours staring at the computer trying to make words appear, coupled with many more annoying hours wading through poorly written creationist pseudomath. But miracles do happen, since I actually finished a first draft tonight! Alas, it's currently eleven thousand words (not including bibliography and abstract) which is way too long for a journal article. (Maybe I can find some way to turn it into two articles!) Whole sections are going to need to be cut. And it needs a lot of revision before I would even consider sending it out somewhere. And then it needs to get through peer review. So what I'm saying is that there's a long way to go before this ever sees the light of day.

There's only so much time in front of the computer I can stand each day, so blogging has suffered. But Sunday Chess Problem will not be denied! I fear immersing myself in creationist math might have left me a bit unhinged, since I have a really crazy problem for you this week. Feast your eyes on the following diagram, which flagrantly ignores the convention against having promoted pieces on the board. This problem was composed by Arno Tungler in 2013 and calls for...well, we'll come to that in a moment: 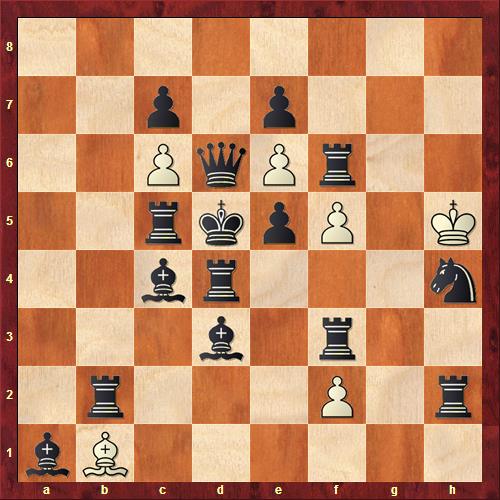 Now for the stipulation. This is a series mover, which is a genre we have seen before. More specifically, this is a series direct mate. (In the past we have seen series selfmates). In a series direct mate, white plays a series of consecutive moves, trying to create a position in which black is checkmated. Black will be completely immobile the entire time. The only restriction is that at no point can white expose himself to check, and he cannot place black in check until the final move. Otherwise, it's all good. White can capture as many black pieces as he wants, and he is welcome to promote his pawns.

So how many moves is white going to play? Well, that's the thing, really. This problem calls for series direct mate in 154 moves. That's not a typo.

Let's review. White is going to play 154 consecutive moves, giving checkmate on his 154th move. Black will remain immobile the entire time. Got it? Keep in mind that for the problem to be considered sound, it must be essential that white play his moves in a particular order. If he can play even two moves in a different order then the problem is cooked. Time to get started.

The basic idea is this: White will eventually need to promote his f-pawn. That means white must capture the black rook on f3 with his king (because taking with the bishop would give check to the black king.) Currently the rook on f3 is covered by the knight on h4, so white will need to capture that too. But the knight is covered by the rook on h2, so that rook also needs to go. That's step one. Capture the black rook on h2.

But how do we do that? I think you'll find that the direct route does not work. Remember that white is never allowed to expose himself to check. So he can never cross the fourth rank on the kingside, since the black rook on d4 will be checking him, and there is no way to arrange a block. That means the white king will have to take the scenic route, by moving counter-clockwise around the board. Of course, he will need his bishop to arrange blocks to avoid illegal self-check. This is doable, but surprisingly time consuming. 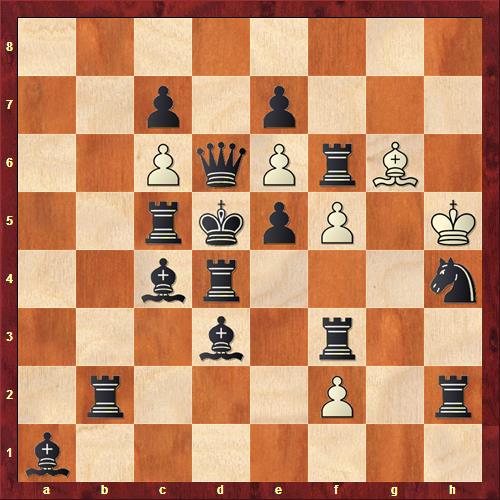 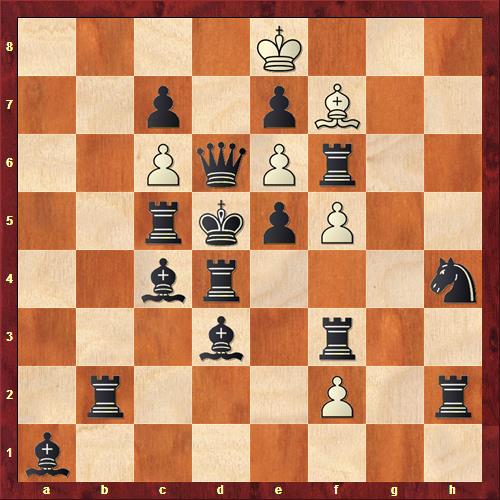 So far so good. But now the white king needs to cross the d-file. That means we need the white bishop to move to d7, to block the black queen. But since white's king is in the way, the white bishop will have to take a scenic route of its own. Here's the most efficient way to transfer the bishop to d7: 14-24. Bh5-g4-h3-f1-e2-d1-a4-b5-a6-c8-d7: 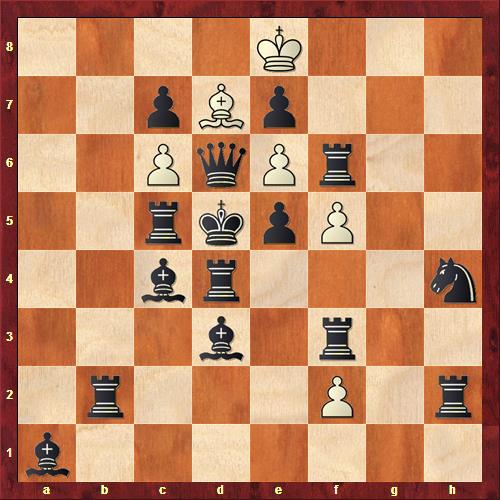 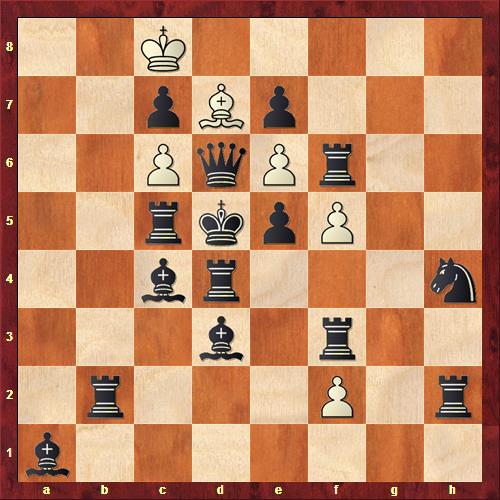 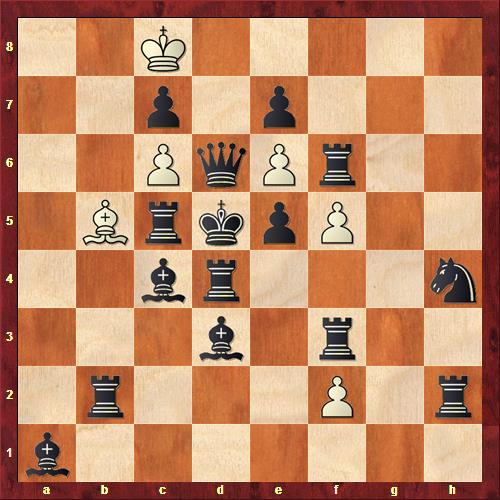 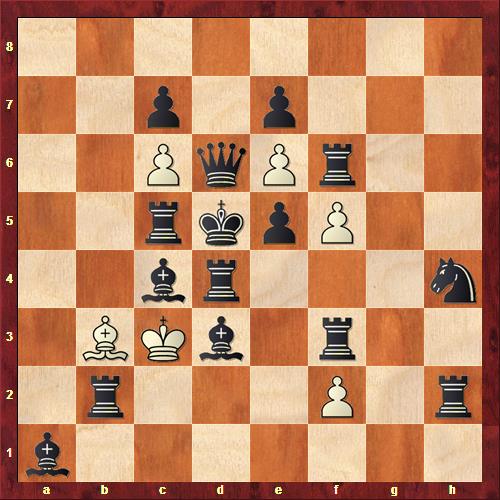 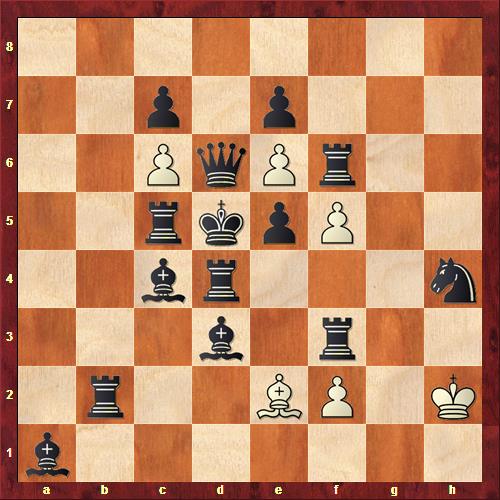 Mission accomplished! But we're barely a third of the way through. The next step is to pick off the knight on h4. Sadly, the direct route (through h3) is not available, because there is no way to work out a block on the rook on f3. You guessed it! White is going to have to take the long way around again. The king and bishop will need to retrace their steps.

I think we'll pick up the pace at this point. After white's 69th move we arrive at this: 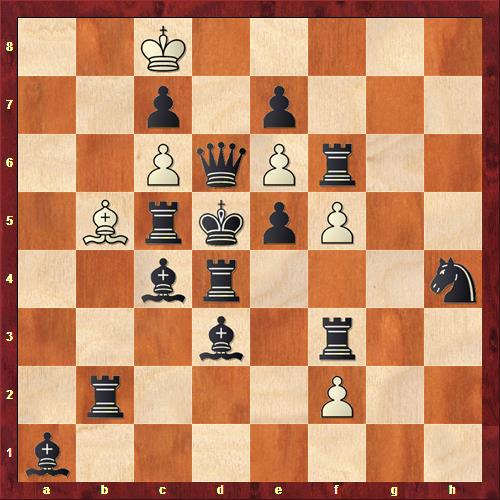 The white bishop will go running counter-clockwise around the board again to arrange the block on d7. Skipping ahead, after white's 96th move we have this: 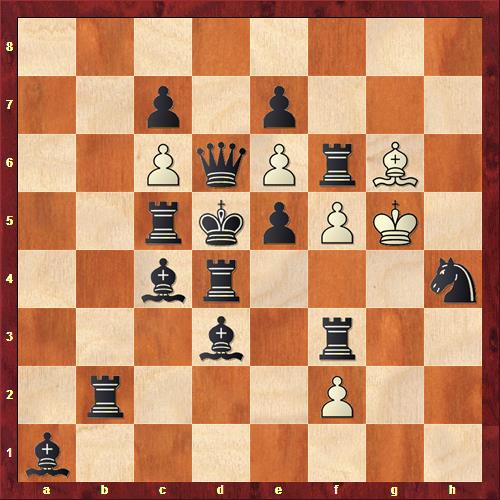 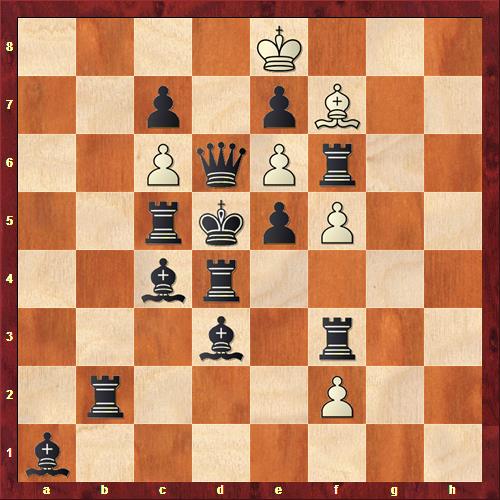 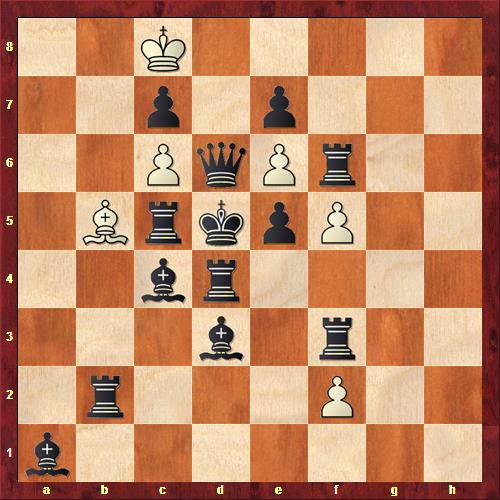 And here we are after white's 141st move: 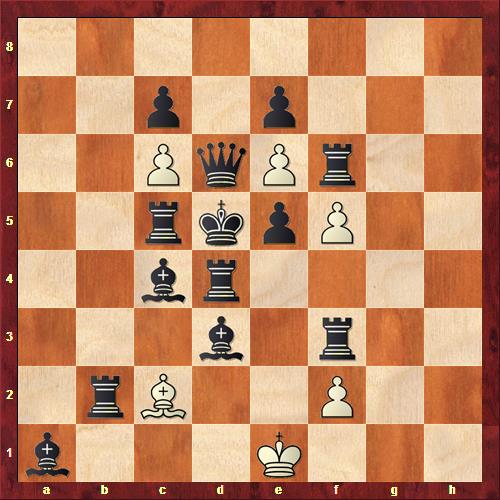 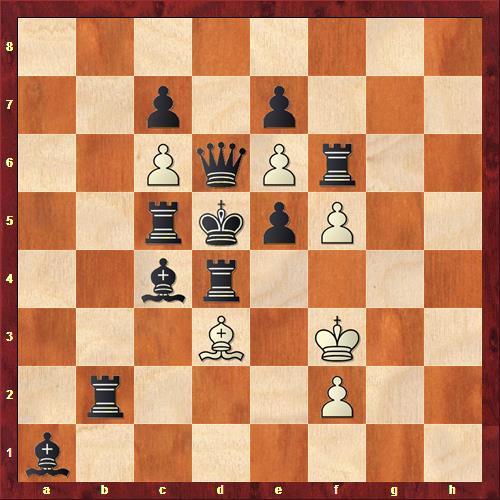 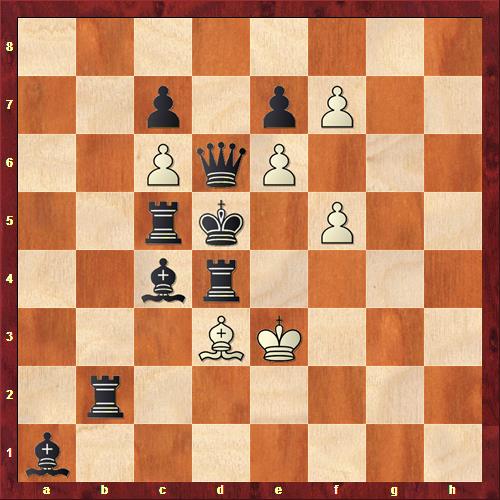 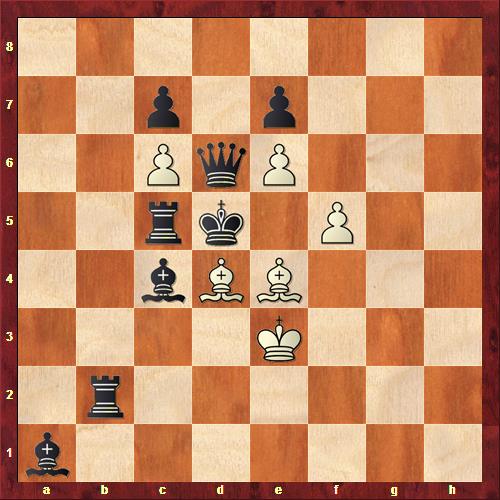 Whew! It's tiring just playing through that. In case you're wondering, this is a new length record for problems of this sort. The basic mechanism by which the length is achieved is ingenious, and here it is enhanced by a surprising underpromotion at the end. Great stuff! Of course, this is well beyond anything that can be computer tested, so cooks are always a worry. But seriously, are you going to try to find a shorter solution?

Incidentally, this problem only won second prize in its tourney. We'll save the first prize winner for next week.

Ack! Good point. I have corrected the error. I'm glad someone actually made it through to the end.

Jason, regarding your book, are you aware of the pseudo-mathematical argument by Henry Morris in his book "Many Infallible Proofs," that goes essentially like the following? (I have a broken foot and can't go look up the details right now.) Humans cannot have been in existence for the claimed N years, since, if we conservatively assume a growth rate of x (e.g., 0.2%?) then the human population now would be some astronomical number like 10^19. Completely ignores population dynamics, the effect of fewer resources, etc., and seems to suggest that time would eventually stand still so that population couldn't grow further, I guess.

Great stuff. I do not know any other site that presents chess problems so thoroughly, and with such an interesting selection of problems.

By the way, have you played Kriegspiel?

Quite a charming construction. King must have felt like it had run a marathon over bridges that he had to keep waiting to re-open.

“This past week has mostly been devoted to working on my magnum opus about mathematical anti-evolutionism….annoying hours wading through poorly written creationist pseudomath.”

I hope the opus actually addresses some of the challenging mathematical issues, like the probability of chance assembly of critical proteins, and the intervals between beneficial mutations. These are bedrock issues, right at the heart and core of evolutionary theory, and they are not addressed in the literature.

Phil, it is just that you don't like the answers.

Ole Henry was at one time the chairman of the engineering department at VPU. A former colleague of mine took a course in engineering economics from him and declared him to be the worst teacher he ever encountered.

"A former colleague of mine took a course in engineering economics from him and declared him to be the worst teacher he ever encountered."

Well, don't we all love nebulous references. But can you unmask this person and direct us towards his subsequent championships and success stories?

@9- stories about him say he left his lies, carefully placed omissions of fact, and cherry-picked bits of science he used to support his foolish creationism out of the classroom. It's possible even someone so lost to the foolishness of creationism knew that bringing into the classroom the level of dishonesty and non-science he put into his books would not be a good thing.
Chances are, if he truly was a poor instructor (I have no idea either way), it wasn't because of creationist nonsense filtering in.

Phil @7 - of course that is what it will address - creationist "math" on probabilities is bogus - stop reading creationists and read some people who understand both evolution and math.