I picked a charming helpmate for you this week, composed by Edgar Holladay in 1978. He was especially well known for lightweight problems where the pieces formed a recognizable shape on the board. This one looks roughly like an arrow. The stipulation calls for helpmate in eight: 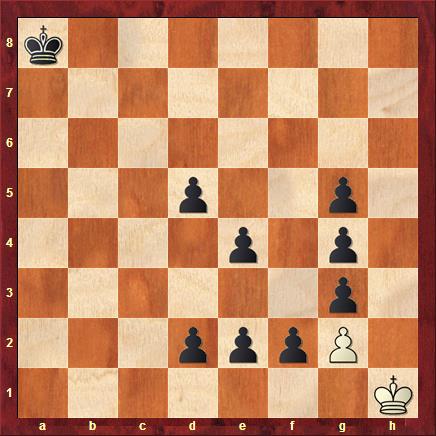 Remember that in a helpmate black and white work together to construct a position in which black is checkmated. Also, black moves first. So you are looking for a sequence eight moves long, staring with black's first move and ending with white's eighth move, that ends with black being mated. Also, the move order must be completely forced. If even two moves can be played in a different order, then the whole problem must be discarded as unsound.

Especially in longer helpmates, paying attention to why the move order is forced is usually part of the charm of the problem. You might want to have a go at solving this one. Try to envision what the final position must be, and then work out what needs to happen to get there.

With this problem we have the return of Allumwandlung, which refers to a problem in which all four possible promotions occur in one problem. It is remarkable that a setting with only kings and pawns can feature a unique, delicate solution.

Plainly white will have to give mate with his pawn. Given how boxed in the white king is, he plainly will not be able to march king and pawn to the other side of the board in just eight moves. The board seems too empty to try to get black mated in the center. So that just leaves the white pawn marching down the board and promoting. Since that will require nearly all of white's moves, black will both have to make sure that the white pawn has the captures it needs available to it, and also to make sure that his own king has no flight squares at the end.

Thinking along these lines might lead you to the idea of getting the white pawn to make a queen on c8, while black uses a promoted rook to block a7. And it turns out that's doable! Here we go: 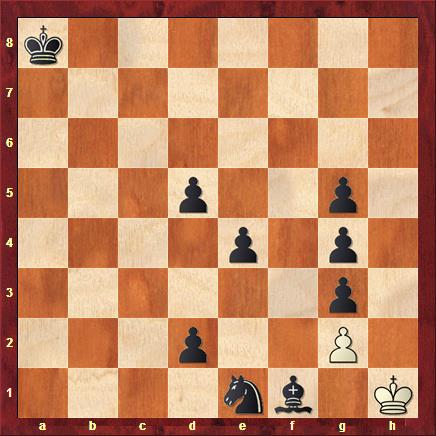 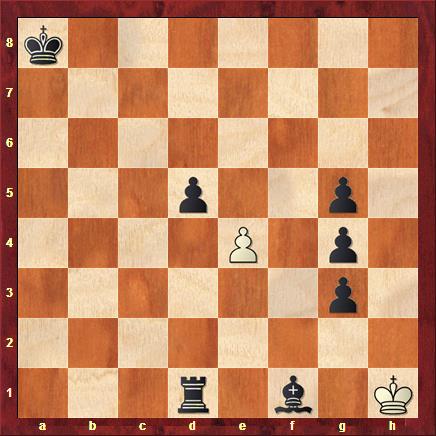 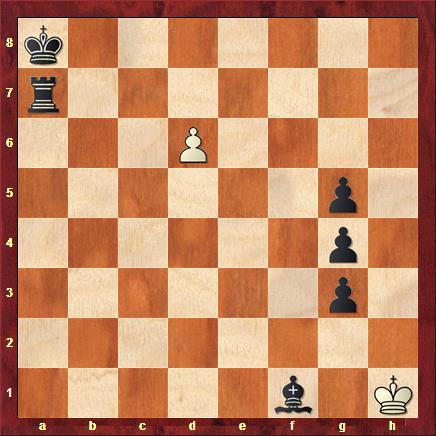 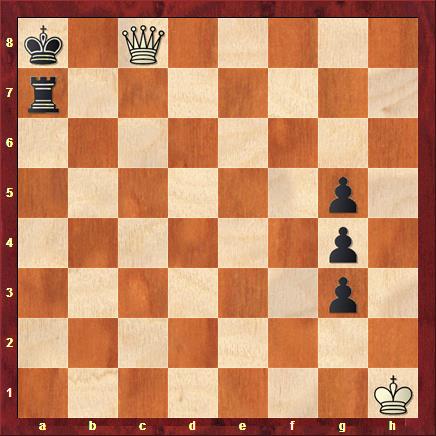 Pretty neat! This is one of those problems that feels more like a discovery than a composition. See you next week!

I had originally picked out another Circe problem for your enjoyment this week. However, this particular problem was in the genre of “series” movers, and it occurred to me that I had never shown you one of those before. I didn't want your first one to be the rather complex affair I had selected…

Could this fantastic match have ended in any other way than with a tremendous tactical slugfest? The final game of the big chess match took place today, with the score tied and Topalov playing white. Topalov did what Topalov does: he overplayed a slightly better position, allowing Anand to unleash…

As happy as I was to salvage the half point in my fourth round game, I was still pretty down about missing that fork. I decided a nice meal would cheer me up. So I hopped on the Metro and went into DC, to have dinner at one of my favorite restaurants, Tono Sushi, conveniently located across the…

Clever clever clever. Amazing that the promotions have to be so precise.