City birds are early to rise 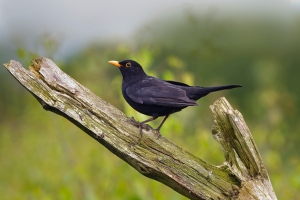 A recent study has provided some evidence supporting the hypothesis that light and noise pollution alters the biological clocks of birds living in cities (compared to birds living in rural areas).

When the birds were housed in a room with constant dim light, effectively eliminating time-of-day cues, the circadian rhythm of the city birds was 50 minutes shorter and the animal's behavioural pattern became irregular more quickly compared to forest birds. The authors speculate that the irregular pattern may help the city birds adapt to their ever-changing, and often unpredictable, environment.

Dominoni DM, Helm B, Lehmann M, Dowse HB, Partecke J. Clocks for the city: circadian differences between forest and city songbirds. Proceedings of the Royal Society B. 280(1763) [Epub ahead of print]