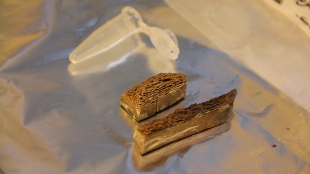 Researchers have successfully created a draft sequence of the complete genome of a 700,000 year old horse from a bone fragment extracted from permafrost in the Yukon Territory (Canada). This is the oldest specimen ever sequenced by almost 10-fold. Prior sequencing of the whole genome from a hominid from Siberia who lived 80,000 years ago was the prior record holder.

It is amazing to me that they were able to recover the entire genome from such an old specimen! These findings will help researchers understand the evolution of the modern horse and may lead to the sequencing of other ancient specimens. Imagine being able to compare the genome of early hominids with modern humans!