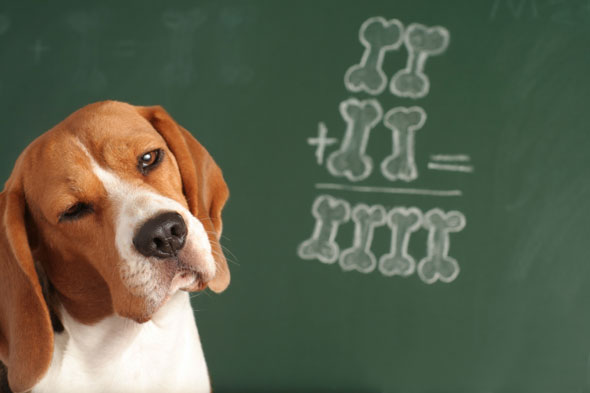 I should have read this article before adopting my beloved pet, who is certainly not on the top 10 list of smart breeds.

A cute article from pet360.com published the top 10 smart breeds according to the American Kennel Club:

To find out what classifies these as the top 10 choices, see the article in Pet360.com

As you know, my nephew, LeRoy Bell, was a contestant on the XFactor singing contest. You may also know that he was voted off the show last week. I'm not going to say much about that other than to note that LeRoy was NOT the 8th or 9th best singer in the group. He was clearly in the top three, and…

Gore's Live Earth concert series was supposed to catalyze American public attention around the problem of global warming, but did it? Polling data is not yet available regarding the concert's impact on American audiences, but we do have data relative to the concert's influence on the U.S. news…

Because some of you are not my facebook friends .... Here are the instructions.... Don't take too long to think about it. Fifteen books you've read that will always stick with you. First 15 you can recall in no more than 15 minutes. Copy the instructions into your own note, and be sure to tag the…

Best Places to Work in 2006: Academia

My dog didn't make the list but should be there. She is a Walker hound and she is the smartest dog I have ever owned and I have had German shepards, shelties, Dobermans and a Poodle. She learns a trick after one or two tries and she knows that a certain toy scares my rescue dog so she can get all the attention. LOL

I put this list in the same category as those which purport to provide the 'best albums of all time' etc - totally meaningless.

I have two dogs - a labrador and a blue heeler (cattle dog). There is zero comparison as far as smarts is concerned - and the labrador does not get a look in.

mandas: similar comments regarding Aussies (and Akitas) vs several of the others. And as far as German Shepherds are concerned, I've known some very sharp ones -- but none were the victims of the AKC. They were all from Germany where Rin Tin Tin would still meet the breed standard.

As a beagle owner, I doubt this. He is a great dog, and very smart, but I would not put him in that category.

I'd be intrigued to know where the urban-ubiquitous pit bulls (something-or-another terriers) are on the list of canine intelligence. Pardon me but I'm inclined to think they ain't too smart.

But where the German shepherd conveys an impression of altruism combined with authority and trustworthy self-discipline, the pit bulls one sees in the city have an association with gangsters and a vibe of unpredictability that sets off one's risk-detection sense. The juxtaposition of these images is almost a cliche of the archetypes of cops and robbers respectively.

It would be nice to see, in the urban landscape, fewer pit bulls, and more dogs that weren't associated with random violence. Woofy dogs, fluffy dogs, artistically-groomed poodles, alert retrievers and diverse mongrels and German shepherds, hounds and hotdogs, scotties and high-spirited chihuahuas, and all the rest. You could walk up to someone and smile and say "nice dog!," and hold out your hand for it to sniff in the manner that dogs like to do.

But alas, today it's weaponized pit bulls, and isolated humans with their eyes glued to tiny screens and their ears stuffed with seashells (ten points if you know where that reference comes from), wandering about, in a kind of intent daze, toward something, one knows not what.

I've interacted with plenty of dogs- including dozens of "pitbulls"-, the only dogs that ever took an aggressive bite at me were a labrador, a Canadian shepherd, and a Drentsche patrijsdog.