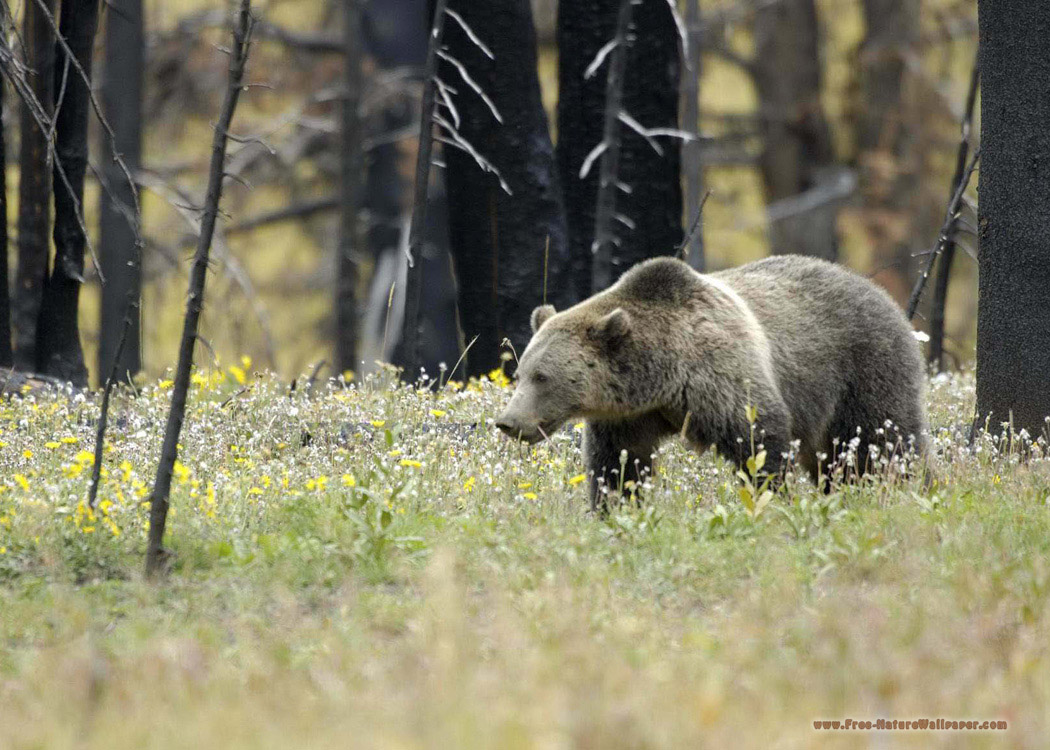 Image of a grizzly bear at Yellowstone National Park from http://free-naturewallpaper.com/nature-images/animals/bears/Grizzly-at-…

I was so excited to see a story featuring grizzly bears (Ursus arctos horribilis) in the Wall Street Journal yesterday. The article was about how Dr. Kevin Corbit at Amgen Inc. is studying grizzly bears in the Bear Center at Washington State University to learn more about obesity. The 12 animals living in the facility were either rescued from places where they were captured after getting too close to humans or were born at the facility. Dr. Corbit was quoted in the article saying, "When I thought about obesity, I thought about Yogi bear."

Unlike laboratory rats that have to be genetically modified or fed special diets to make them obese, grizzly bears overeat to become obese every year to prepare for hibernation. In fact, they often gain 100+ pounds causing their low density (i.e. bad) cholesterol and blood pressure to increase. That is where the similarity ends. These seemingly bad side effects of gorging themselves does not cause heart disease or diabetes as it would in humans. In fact, during the weight gain phase the animals are really sensitive to the blood glucose-lowering hormone insulin. This sensitivity is then lost as they rely on the already stored fats for energy during hibernation.

Besides analyzing blood samples, fat biopsies and echocardiograms of heart function, Dr. Corbit is planning to analyze the genome of the bears in an effort to understand how the animals differ from humans.