Day 4 of the meeting turned out to be pretty exciting for a comparative physiologist as well.

The first session that I went to was called "RNASEQ approaches to understanding extreme physiological adaptations." Considering the Comparative and Evolutionary Physiology section business and dinner meeting was the night before, I was impressed at my ability to make it to an 8:00am session the following morning.

The first seminar from Dr. Brooke C Harrison  (Univ. Colorado, Boulder) was on "Extreme cardiac growth and metabolism in the Burmese python after feeding." He spoke about how the cells of the heart become larger as opposed to developing more cells after a meal. His research focused on characterizing the transcriptome (the RNA that can be translated into proteins) of the heart to determine which genes are up or downregulated with feeding that may cause this cardiac hypertrophy (growth).

Dr. Matthew Andrews (Univ. Minnesota, Duluth) gave a seminar entitled, "Genes that control hibernation in mammals," which was interesting as he spoke about how thirteen-lined ground squirrels (shown below) are "fat burning machines."  His research focused on the brown adipose tissue found in these animals and how it changes with hibernation. 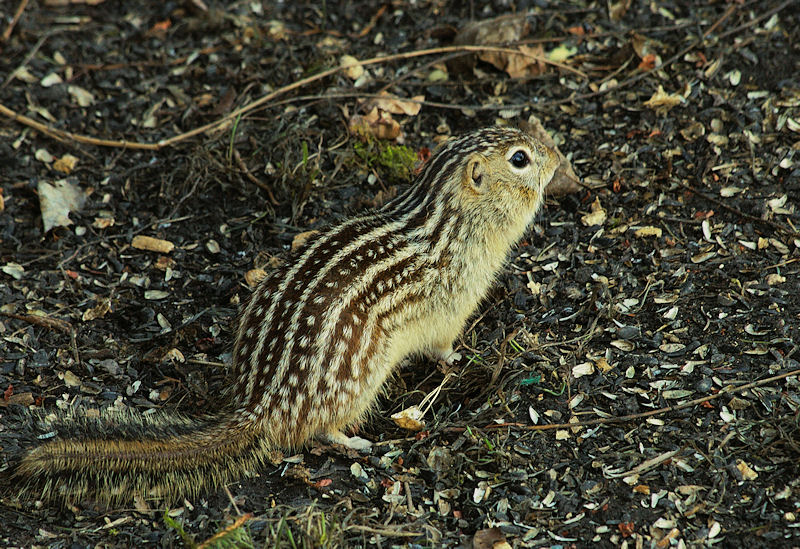 I also attended the Robert M. Berne Distinguished Lectureship of the APS Cardiovascular Section. This year's recipient of the award was Dr. Virend Somers, MD, PhD (Mayo Clinic). His research on the effects of sleep apnea was really interesting. He mentioned that the sympathetic nervous system of people with sleep apnea essentially runs on overdrive even while awake, which is similar to what happens in people with heart failure. He also discussed Brugada syndrome, which is a disease characterized by sudden cardiac death usually around the 4th decade in life. This part of his talk caught my attention as we lost a family member awhile back from a sudden heart attack and he was only in his 40's. These patients usually have arrhythmias while they are sleeping which may make them more prone to death from a heart attack.

Props to Dr. Somers for also mentioned sea lions in his talk, which are amazing divers that can stay underwater for 30-40 minutes without air (as mentioned in the prior post). The animals reduce their heart rate and shunt blood away from non-essential organs to protect the heart and brain.

The Comparative and Evolutionary Physiology Section also had their Distinguished Lectureship, the August Krogh Lectureship. This year's recipient of this prestigious award is Dr. Hannah Carey (Univ. Wisconsin, School of Vet. Med, Madison) who spoke about "Hibernation, guts, and microbes: bringing symbiosis into animal physiology." Dr. Carey gave such an inspiring talk about her journey as a scientist. She also presented work in her laboratory on characterizing the gut microbiota in hibernating animals (thirteen-lined ground squirrels). It is so fascinating to hear about how our gut microbes interact with us.

She had also mentioned that the use of antibiotics early in life  is associated with increased body fat as antibiotics change the microbiota in the gut. This is why many doctors recommend taking probiotics while taking antibiotics.

Knowing how our brains work and how is amazing, more blogs should be done to give further understanding on this topic