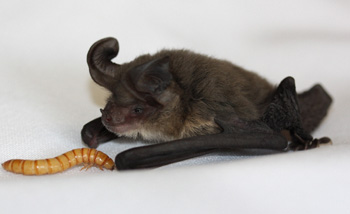 I came across a neat study published recently in the American Journal of Physiology - Regulatory, Integrative and Comparative Physiology which examined how bats arouse from hibernation, a period during which their body temperature and metabolism are low. To minimize the high energetic costs of warming up during arousal, bats use solar radiation or take advantage of fluctuations in the ambient temperatures (i.e. environmental).