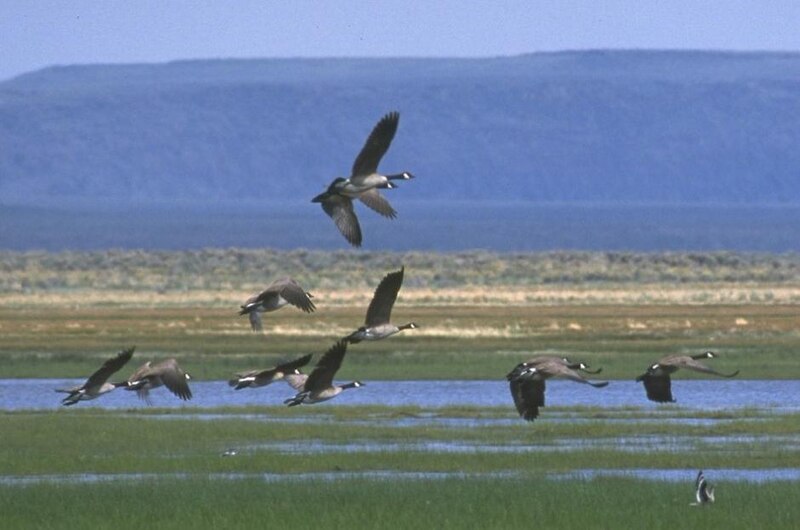 Canadian Geese. Image take near Lakeview, OR. Image from: Bureau of Land Management

A new study conducted by researchers Eric Vaillancourt and Jean-Michel Weber at the University of Ottawa examined blood sugar regulation in a bird that specialize in long distance migration, the Canada goose (Branta canadensis, image above). As referenced in the study published in the American Journal of Physiology - Regulatory, Integrative and Comparative Physiology, Canadian geese migrate approximately 7,000 km on their way to the Arctic, a trip that includes non-stop flights of up to 1,000 km at a time.

Map of Canadian goose migration from the Wisconsin Sea Grant.

Maintaining normal blood sugar levels in humans requires the effects of two hormones that act in opposition to each other: insulin which decreases blood sugar after a meal and glucagon that ensures blood sugar does not drop too low during fasting. Glucagon is also important in blood sugar regulation during prolonged fasting in birds. A new study examined the effects of glucagon in migratory Canadian geese. Administering glucagon to the birds increased the mobilization of glucose by 50% resulting in 90% higher blood glucose concentrations. These findings suggest that during prolonged fasting associated with migration, glucagon may function to ensure glucose homeostastis in Canadian geese.