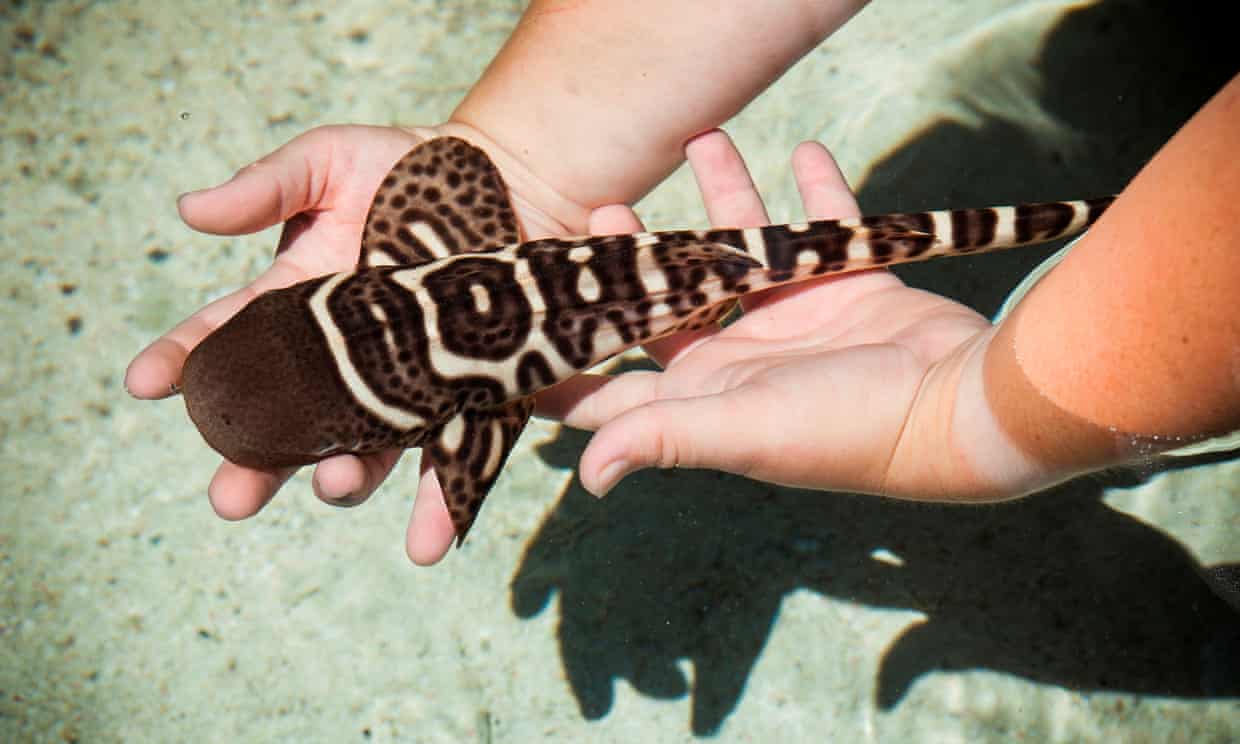 Photo of one of Leonie's hatchlings from Tourism and Events Queensland.

The story begins in 1999 when Leonie, a zebra shark (aka a leopard shark in Australia), was captured from the wild. In 2006 she was transferred to Reef HQ Aquarium in Queensland, Australia where she met her mate. By 2008, she had started laying eggs and the pair had multiple litters of offspring through sexual reproduction. After her mate was removed from the tank to prevent further breeding, she has shared the tank with one of her offspring, a female named Lolly who, since reaching sexual maturity herself, has never lived with a male zebra shark. Amazingly, both Leonie and Lolly have produced five hatchlings. Laying inviable eggs is one thing (think chickens), but laying viable eggs means these females were undergoing asexual reproduction as confirmed by genetic tests which showed the hatchlings were homozygous. While asexual reproduction in itself is not unusual, switching from sexual to asexual reproduction in Leonie's case (and most mammals) is quite unusual.  Only time will tell how well these homozygous zebra shark offspring fare.

"Leonie’s case (and most other mammals)..."
Sharks aren't mammals.

Thank you for catching that typo. Indeed sharks are not mammals. I meant to say "and most mammals".

Nice. I want a baby shark.

I would add that in mammals, natural asexual reproduction has never been observed, and it is considered that, maybe with the exception of monotremes, it's impossible.