The Wildlife Conservation Society has just released their newest book, State of the Wild 2010-2011. It's a collection of essays that center around current and emerging issues in conservation from conservation experts and powerful nature writers. It's a must-read for anyone driven to understand and protect our ecosystems.

In this year's edition, there is a particularly interesting essay called "Rarest of the Rare." It highlights twelve of the most endangered species on the planet, only two of which are on the Road to Recovery. These are animals that may disappear in the next decade or two, and most of them you probably have never even heard of. So here they are! WCS's Rarest of the Rare: Cuban Crocodile (Crocodylus rhombifer)
The Cuban Crocodile was once found throughout the Caribbean, but now it's last stronghold is Cuba's Zapata Swamp and the Isle of Youth. It's a small crocodile, only measuring up to about 11 feet long, and is more terrestrial than its larger cousins. It may also be the most intelligent of the crocodillians: one captive group has shown what is thought to be pack-hunting behavior, though this has yet to be observed in the wild. There are only an estimated 4,000 Cuban Crocodiles left, and a large number of these presumed to be hybrids.

The Florida Bonneted Bat is only found in the southernmost parts of the state, and is one off the rarest bats on Earth. It has been seen only a few times since the 1960s. It was thought that these bats were extinct, with the last known roost was lost in 1979 when road construction crews chopped down a longleaf pine containing eight bats. However, they were rediscovered in 2002, and now an estimated 100 bats are thought to live in FL.

Green-eyed frog (Lithobates vibicarius)
Once common in Costa Rica and Panama, the green-eyed frog's numbers were decimated by Chytrid fungus. Now only an estimated several hundred are left. As if the fungus wasn't enough, these frogs are also threatened due to habitat loss and agricultural runoff. Already, some populations are showing signs of pesticide exposure, including deformities. Captive breeding may be the only way to save this endangered frog

Found only on the small island of Grenada in the West Indies, the Grenada dove is truly fighting the fight of its life. Habitat loss has acted synergistically with introduced predators like Indian mongooses to decimate this endemic bird's populations. The birds populations may number less than a hundred and are pushed into two tiny reserves. As if that isn't bad enough, the little territory they havet may be soon to be fragmented further to allow room for a resort. While the Grenada dove is considered one of the rarest birds in the world, almost nothing is known about this species. Most of what is known is held under lock and key by the Grenada government. Our lack of information may be the bird's ultimate demise.

As a rare species of antelope found only in one reserve in Africa, the Hirola was identified as one of the top ten focal species in 2007 by the Evolutionarily Distinct and Globally Endangered (EDGE) project which seeks to preserve the rarest animals in the world that represent a significant amount of unique evolutionary history. While 14,000 were counted in the 1970s, only half of those remained by the 1980s, and now, only 500 or so are left. Drought and competition with cattle are thought to have caused this dramatic downturn. Although the antelope are protected, enforcement is a problem, and poaching does occur. There are none currently in captivity.

The Ploushare tortoise gets its name from its unique shell protrusion between its front legs that males use when wrestling over females. It's endemic to Madagascar, and is so rare that it is not only classified as Critically Endangered on the IUCN's Red List, it's also listed on Appendix I of CITES. The tortoises are sought after by exotic animal collectors, and despite the extensive protections, animals are still taken from the wild or even captive breeding programs to satisfy consumer desires. On the positive side, captive breeding programs have been established since the late 1980s, and reintroductions seem to be successful, which gives this rare species a fighting chance. The island grey fox is so named because it is only found on six of California's Channel Islands. The fox split from its ancestor, the grey fox, during the last ice age 16 to 18 thousand years ago, when low sea levels created a land bridge to the islands. It is the smallest fox in the USA, weighing in at only 3 to 4 pounds, and is only a hair bigger than the smallest fox species in the world, the Fennec Fox. It turns out to be even smaller organisms that are killing off this tiny species; the island grey fox populations have been hit hard by disease and parasites brought over with pets. Having been isolated for so long, these little canids had no natural immunity to the variety of canine pests that live in modern dogs. Their populations are considered conservation-dependent, and only our constant protection will save this unique little species.

The Sumatran orangutan is the smaller, and rarer, of the two species of orangutan. It's found on the island of Sumatra in Indonesia, and a survey in 2004 estimated that only around 7,300 Sumatran orangutans still live in the wild, while over 50,000 of their sister species can be found on the island of Borneo. Sumatran orangutans are most threatened by habitat loss. It's estimated that every day, six football field's worth of Indonesian forest disappears. With nowhere to go, the orangutans are threatened further by poaching. It's thought that these relatives of ours may go extinct within the decade, even with our current conservation efforts fighting to save them.

The Vaquita is a little known species of porpoise. They are endemic to the northern portion of the Sea of Cortez, and there are only up to 300 left. It's hard to know their exact population numbers, as they are hard to find in the first place. As the smallest cetacean species, looking for them is truly like finding a needle in a haystack. Very little is known about this tiny marine mammal. They avoid boats of all kinds, and few interactions with people have been recorded. They are rumored to be quite aggressive, attacking people brutally when given the chance. Despite their general avoidance of people, their biggest threat is fishing activities in their home range, which both the US and Mexico are striving to limit for the sake of these rare porpoises. 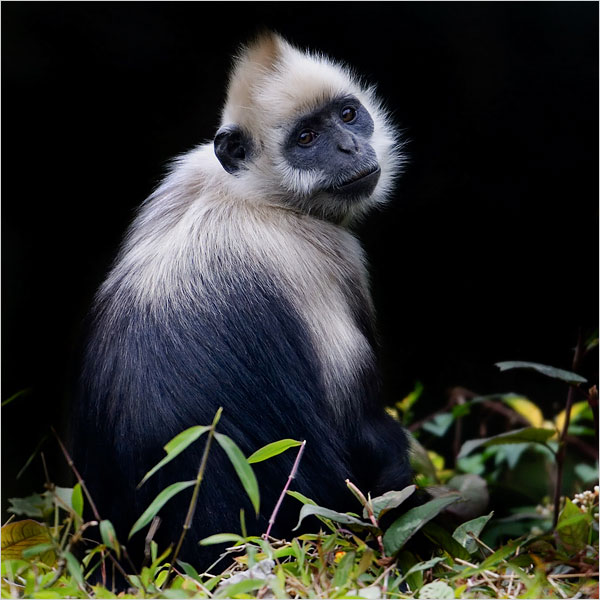 Photo from The New York Times

The White Headed Langur (or "leaf monkey", due to their vegetarian diet) is the rarest primate in Asia, as an estimated sixty individuals are left in the wild. They are found only on the island of Cat Ba off the coast of Vietnam. Their populations have dropped 98% in the last four decades, largely due to poaching for a chinese medicine called "monkey balm" and an increasing human population on Cat Ba Island, leading to habitat fragmentation. A sister species lives in China, but the Chinese white-headed langur is also in hot water. It's thought that the mainland langurs are recovering, but the Cat Ba Island ones are further declining, and are likely to disappear in the next decade.

On The Road To Recovery 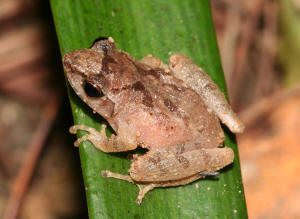 Romer's Tree Frog (Liuixalus romeri)
Measuring less than an inch long, the Romer's Tree Frog is the smallest amphibian known in its native homeland of Hong Kong. It was named after J. D. Romer, who discoverd the frog in a cave in 1952. When the cave collapsed in 1953, it was presumed that the frog was extinct, but surveys in the 1980s rediscovered the little amphibian. Captive breeding efforts have since introduced the frogs to eight sites in Hong Kong, and the frogs have established themselves in seven of them. From a handful of eggs in the '80s have come thousands of frogs, many of which are still surviving. The reintroduction of these little frogs is seen as one of the few success stories, and a small population, once thought to be lost, is now able to have a fighting chance of recovery.

Przewalski's Horse (Equus ferus przewalskii)
Many wild horses today are the offspring of once-domesticated horses like Mustangs that broke free and survived. Not so of the Przewalski's Horse, native to the steppes of central Asia. These stocky wild horses have never been domesticated. They were once extinct in the wild, but now they have been successfully reintroduced to their native habitat in Mongolia. The entire world population descended from nine captive horses. Despite the low genetic diversity, over 300 are now thought to roam the nature preserves that have been established for them in their native range. It is thought that, soon, the wild populations will become self-sustaining, making the reintroduction of this once-extinct animal an amazing conservation success story.

The Good News: Not extinct -- YET! Portrait of the Sumatran Rhinoceros, Didermoceros sumatrensis. Photo by Alain Compost (WWF-Canon). For those of you who like to read about endangered species that have somehow managed to survive despite our best efforts to exterminate them, I have some good news…

We've all seen a news story or documentary on Discovery Channel about how global warming is wiping out Polar Bears or how poaching and habitat destruction is killing off the Gorillas. There are a lot of endangered species, and some are particularly trumpeted by the media and scientists alike. But…

tags: 'Alala, Hawaiian Crow, Hawaiian Raven, Corvus hawaiiensis, endangered species, conservation One of the last wild-born `AlalÃ¢ to ever be photographed in the wild. Image: The Honolulu Advertiser. One of the rarest forest birds in the world, the critically endangered `AlalÃ¢, or Hawaiian…

1/4 of mammals on the brink of extinction

How's that for a frightening figure? 1/4 of all mammals on earth are on the IUCN's newest "Red List," animals threatened with extinction - that's 1,141 of them, at least, with 188 being 'critically endangered.' I say 'at least' because almost as many - 836 of them - are 'data deficient,' which…

Yea for the winners.