4th of July, Niskayuna (SteelyKid and The Pip)

It's Independence Day here in the US, so here are some patriotic kid photos for you.

"Wait a minute," you say, "That featured image doesn't have any flags or fireworks or gilled meat products! How is that patriotic?"

"Ah," I reply,"It was taken at the American Museum of Natural History in NYC last weekend." Game. Set. Match.

Here are a couple of other pictures from that visit: 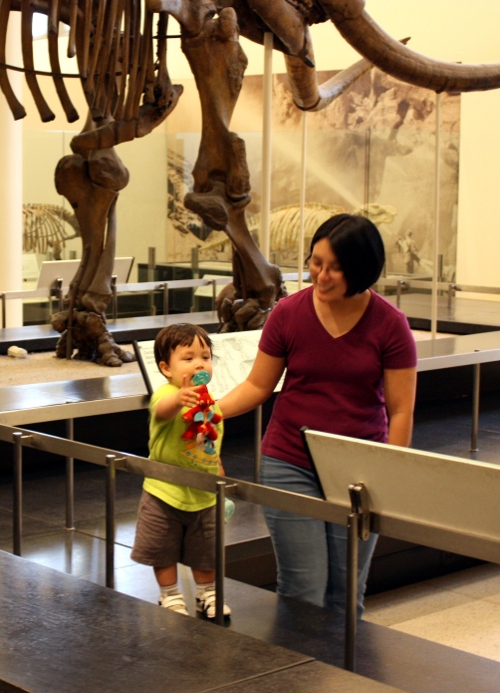 The Pip is impressed with skeletons of ancient megafauna. 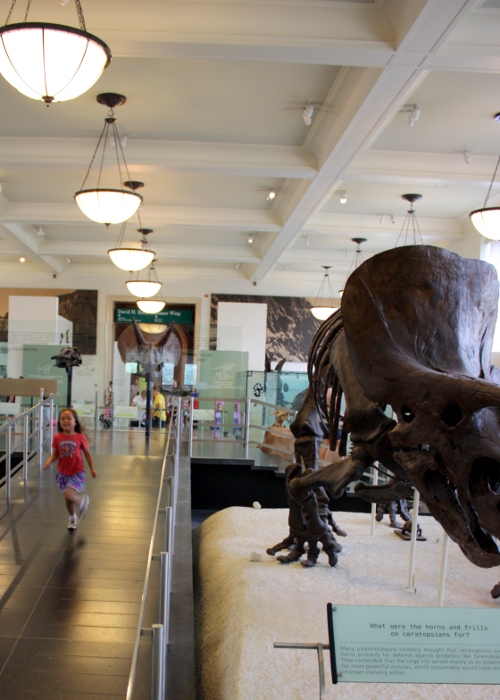 And since I've already had to bite back a couple of "Oh, go fuck yourself" responses to political tweets, I'm going to give the Internet a miss for the rest of the day, and spend the holiday as the Founding Fathers would've wanted: taking the kids to see animatronic dinosaurs at the local science museum.

"Wait," you say, because for the purposes of this post, you are a tiresome pedant. "They didn't know anything about dinosaurs in 1776. It was the 1830's before the first dinosaur species were described."

"Oh, please," I reply. "Do you seriously think that Thomas Jefferson and Benjamin Franklin would pass up a chance to see freakin' robots? At a science museum? They would've been all over that shit. And you don't get more patriotic than Franklin and Jefferson..."

And just as a bonus, here are two more kid pictures where you can actually see their faces. 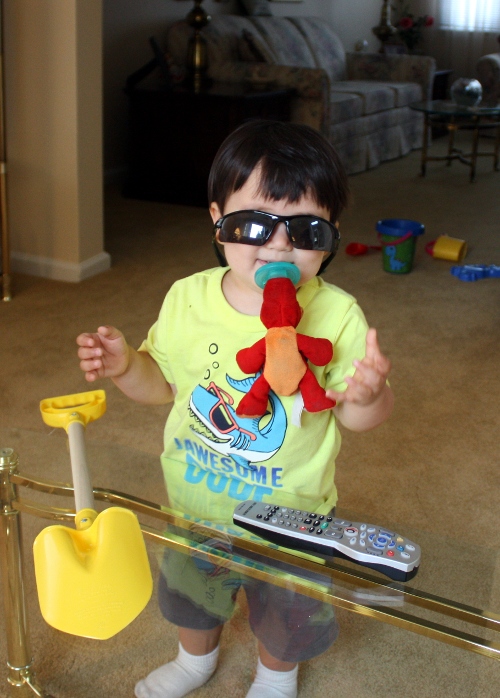 The dude-liest Little Dude in the world gets ready for the beach. 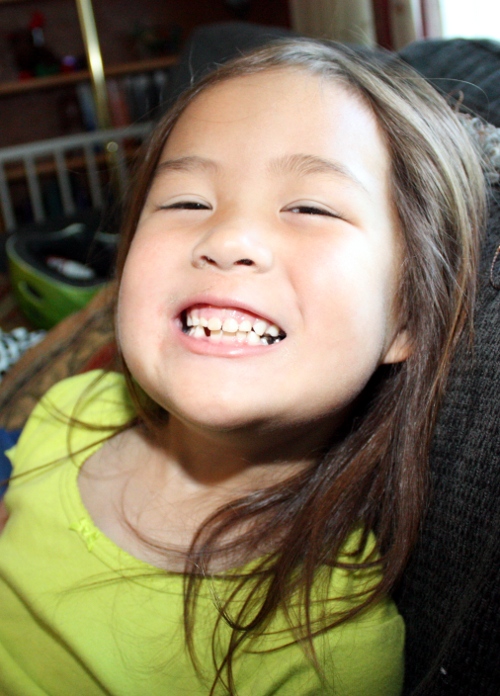 Have a great day, whether it involves robotic dinosaurs or not.

But wait, doesn't the Creation Museum have a reconstruction (not a model, definitely not a computer model) of Thomas Jefferson riding a triceratops?

A reading from the Book of Hicks:

And Jesus and the disciples walked down the path towards Nazareth but, oh, the path was blocked by a giant brontosaurus with a splinter in his paw. And the disciples did run a-screamin', "What a big fuckin' lizard, Lord!"

"I'm sure gonna mention this in my book", ..said Luke.

"Well, I'm sure gonna mention it in my book", ..said Matthew.

(There are quire a few versions of this around, but this is close to the one I have on CD somewhere.)