And now, the photo-a-day project straggles in to the finish line, with a final five photos dominated by the kids: 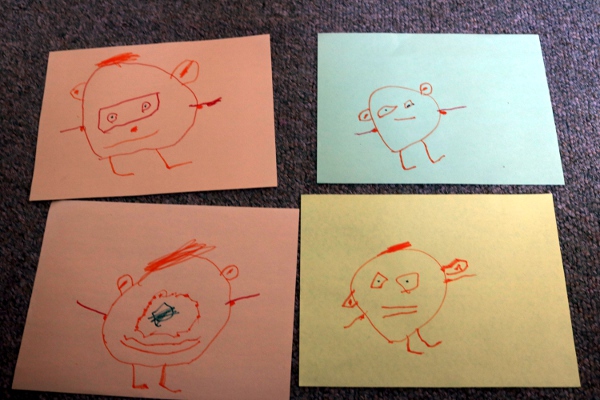 A set of figures drawn by The Pip at day care over the summer. 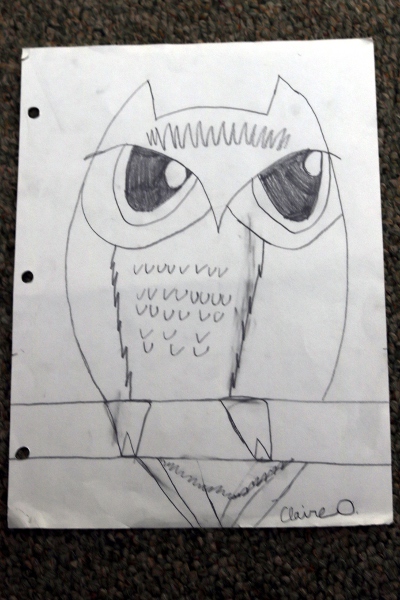 One of the official end of summer activities is cleaning off the "art shelf" in the bookcase in the dining room, where we pile the various projects the kids bring home from school and day care. I sort these, and take photos of the best, for historical documentation purposes, and these are two of my favorites from the lot. The four round-bodied figures all came home on the same day, from The Pip. The owl was in SteelyKid's backpack the last week of second grade, which shows just how long we've gone without cleaning that shelf off. And also how good she's gotten at drawing... 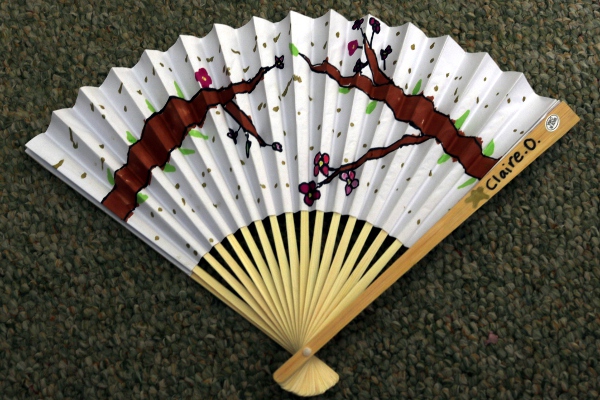 A fan decorated by SteelyKid.

I'm not sure exactly how she did this-- whether the paper was pre-stretched on the fan, or whether she painted on a flat paper that somebody then attached to the frame. I should ask, as I bet the explanation will be entertainingly detailed. 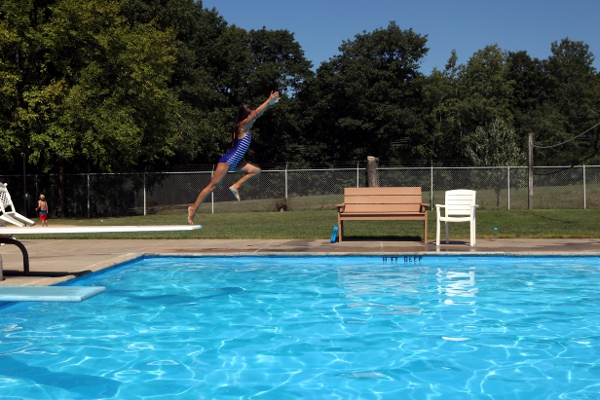 SteelyKid going off the diving board at the Niskayuna town pool. 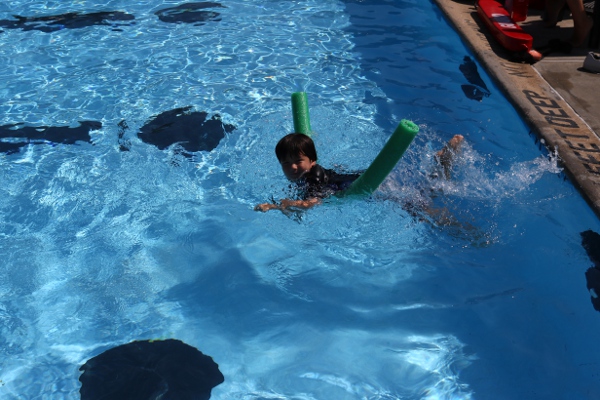 The Pip swimming with a noodle at the Niskayuna town pool.

These are from the next-to-last day of our summer membership at the Niskayuna town pool, when we all went over as a family (which is why there are good photos-- Kate was in the pool with The Pip, just out of frame). It's been really remarkable to see The Pip's development in terms of swimming. At the start of last summer, he wouldn't even dip his feet into the pool, and now, he's an eager swimmer. He's using a noodle here to help him float, which lets him really motor around, but he can furiously dog-paddle short distances all by himself. And will, in fact, angrily insist on being allowed to dog-paddle freely over short distances even in the wave pool at Great Escape (which we also visited last weekend, to catch the water park before it closed), which is utterly terrifying.

He's extremely proud of this too, and asked for this to be the picture we printed out to send in for inclusion in his kindergarten class book. And commemorated it with a self-portrait, which I'll throw in here as mor bonus kid art: 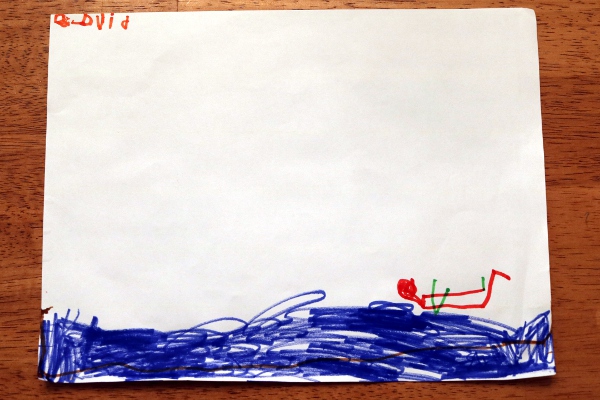 The Pip's drawing of himself swimming with a green pool noodle. 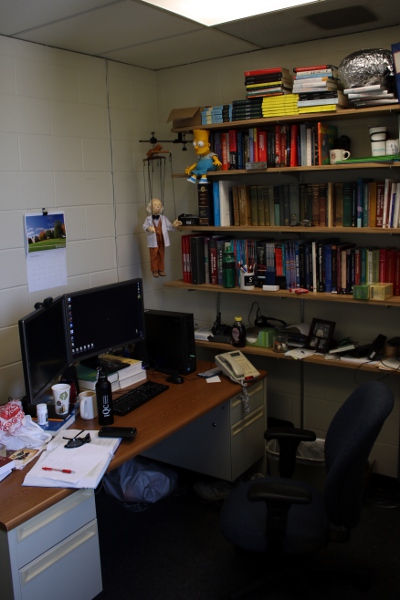 My new office on campus.

After three years in the department chair's office (which is much bigger), I'm back in a standard-size office. Not the same office I was in before I was Chair, but one a couple doors further down the hall. A colleague wanted to be in the office I used to have, though, and moved the giant desk I ordered when I arrived to make room. So I moved into the office where my good desk was, and have, for the moment, organized things in a sensible and reasonably aesthetic way. This will be covered in random stacks of books and papers within three weeks, but it looks nice and professional right now, so we'll give it the final spot, to mark the closing of my sabbatical with a picture of the workspace I'm returning to.

And that's it for that. I may or may not have some wrap-up thoughts in a day or two, but for right now, I have classes to teach, and need to go get ready.