I quite like these spurious yet serious Haynes manuals! 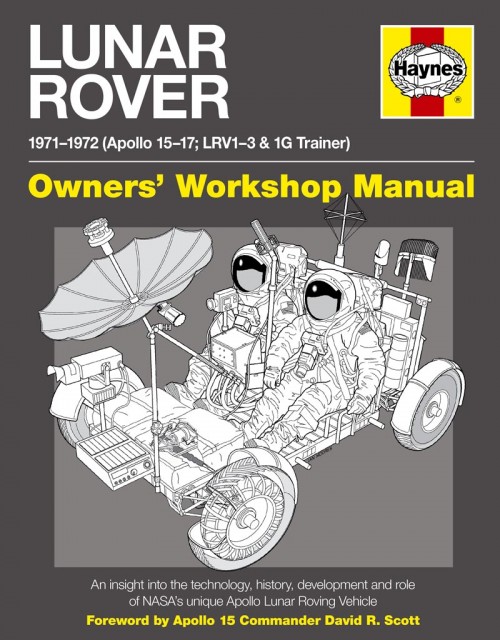 From the press blurb:

British science writer and broadcaster Professor Chris Riley has written a book on the story of the Apollo Lunar Rover to coincide with the 40th anniversary of the vehicle’s final drive on the Moon, in December 1972.

Commissioned even before the first human beings had walked on the Moon, and intended to carry future explorers further and faster, through the mountainous lunar highlands, the ‘LRVs’, as they were called, symbolized NASA’s commitment to human space exploration, and a future of people living and working on other worlds.

As Gene Cernan, the last man to drive a lunar rover on the Moon put it; ‘the president had plucked a decade out of the 21st century and inserted it into the 1960s and 70s’.

The Friday Fermentable: Apollo 11 edition: Trying not to harsh on your Buzz

Please accept my apologies in advance for taking another edition of The Friday Fermentable to bring you a sober (pun intended) story about alcoholic beverages. The heat, beginning training for a half-marathon, and other stuff have my personal alcohol consumption at nil so I don't have any recent…

It is carnival time, and the hits just keep on coming... 40 years ago today, three astronauts in the command module Columbia, of the Apollo 11 mission, splashed down in the Pacific, having just come back from the Moon. As one does. Cheap Astronomy has the third in a series of Apollo 11 podcasts:…

There's no doubt that physics and astronomy was booming in the 1960s. The model that protons and neutrons were made of quarks was proposed and validated, the most powerful nuclear device of all time was detonated, and the Cosmic Microwave Background was discovered, validating the Big Bang. (Not to…

My first Haynes manual was for the 1980 Toyota Corolla. I was recently given Haynes' owner's manual for the US M4 Sherman tank. Would love to buy their German Tiger I heavy tank owner's manual next...