Is Climate Change an Easier Problem to Solve than Western Water?

We’ve entered a new era: politicians can now talk loud and clear about the reality of human-induced climate change and the growing threats to humanity. With strong, unambiguous statements by President Barack Obama, Secretary of State John Kerry, Senator Sheldon Whitehouse, and a growing chorus of other top-level voices, the wholesale denial of climate science is increasingly relegated to a tiny group of industry-funded voices and their followers (directly mirroring the tobacco story decades ago); confused or ignorant politicians; and those who hope to avoid the difficult policy discussions by pretending the science is bad. This positive change in the public discussion can only help to lead to the long-overdue policy debate about how to address worsening climate risks.

The same isn’t true for water issues in the western United States. Debates over water policy still skirt around the fundamental issues. Politicians are still unwilling to accept the hydrological realities of peak water limits, buck powerful vested interests, or propose long-term fixes. It is far easier to talk about temporary responses to drought like taking shorter showers, or letting your lawn go brown, or not washing your car, than it is to tackle our larger failure to monitor, measure, or manage groundwater; push for more efficient urban and agricultural water use; properly price water to encourage new investment and ongoing maintenance of our water systems; or acknowledge that natural ecosystems deserve to be protected along with vulnerable agricultural and urban communities.

In a remarkable example of this, we saw clear and strong statements about climate change from President Barack Obama when he visited California last week to bring some federal moral and financial support in the face of what may be the most severe drought in modern California history. Following up on his State of the Union statement (video) “The debate is settled. Climate change is a fact,” when he was in California he directly and clearly addressed the issue of climate change, its growing links to extreme weather conditions, and the need to tackle the challenge of carbon emissions.

"Unless and until we do more to combat carbon pollution that causes climate change, this trend is going to get a lot worse."

“We have to be clear. A changing climate means that weather-related disasters like droughts, wildfires, storms, floods, are potentially going to be costlier and they’re going to be harsher.”

Yet when asked about California water policies, the President’s response was far more cautious:

"I'm here to listen," he said. "I'm not going to wade into this. I want to get out alive on Valentine's Day."

I don’t fault the President – the severe drought in California is largely a local, western issue and there is only so much Washington can do. But we’re not getting anything especially new, innovative, or effective in the way of permanent solutions from our state and local politicians either. If the drought in California continues or worsens, maybe this will change and the conversation can move beyond short-term emergency response to fundamental reform. But we now live in a world where, at least in some places, it’s ok to talk seriously about climate change but still political dynamite to talk seriously about water. 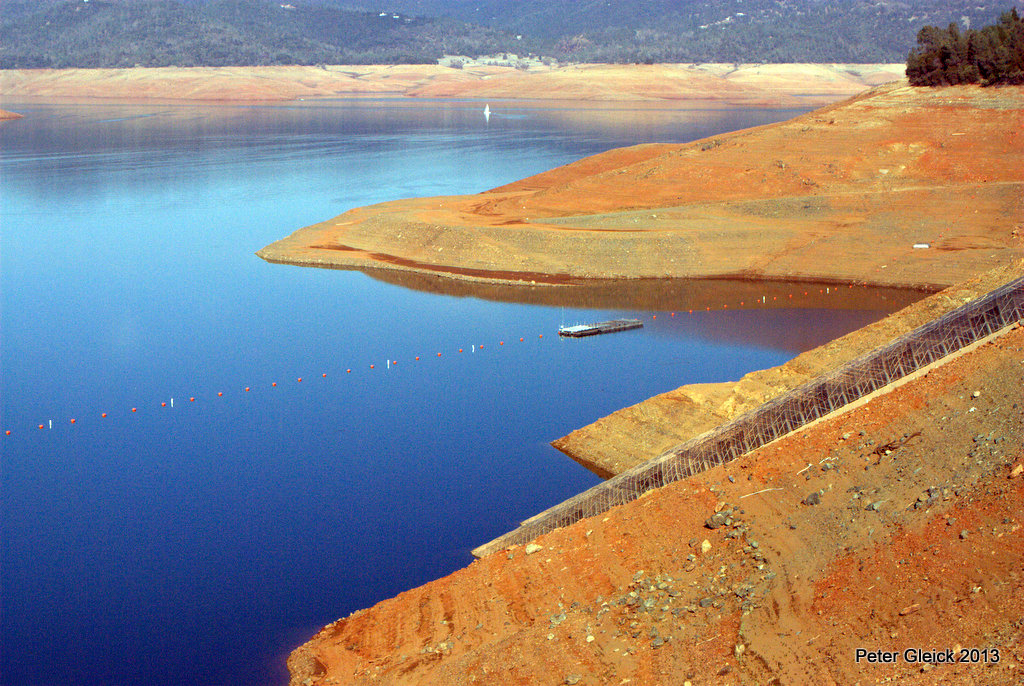