The Hubble Expansion of the Universe

This is the first of the key predictions of the Big Bang theory, that everything in the Universe will expand according to Hubble's Law, or that the speed that other galaxies recede from us is proportional to their distance from us. Let's jump into the details of why the Big Bang predicts it, and how we know it to be true.

We know that a static Universe is crazy. Sorry Einstein, I know you liked it, but it's nuts. Why? Because gravity is unstable. Mass attracts more mass. Imagine setting up a perfect, evenly spaced, infinite grid of points, all with the same mass: 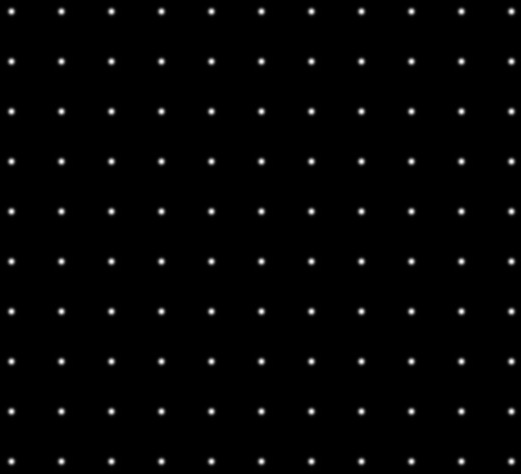 Well, according to the laws of gravity, this is stable. But if I move just one point, even slightly, the whole thing goes chaotic and collapses. On a much bigger grid, this winds up looking like this, due to gravity alone: 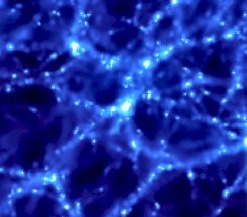 Not static. So a static Universe is unstable, which means either the Universe has to be expanding or collapsing. Well, we observe Hubble's Law, which means we see things that are farther away moving at faster velocities, so we know the Universe is expanding. How did it get to be that way? Or maybe a better question is, if things are moving away from one another now, where were they in the past? What about billions of years ago?

Take anything that you see expanding today, and you know it had to be denser and hotter in the past. Extrapolate it all the way back to the beginning, and what do you get? The Big Bang! And that's where the idea comes from. Sure, other things are consistent with an expanding Universe, but are they also consistent with the light elements and the background radiation? Come back over the next two days and I'll tell you. (Okay, the answer is no. But come back anyway.)

Could the universe be rotating like a huge mega-galaxy? Is it possible that the expanse is so large that we are not able to view the rotation and thus it only appears to us that things are moving away from us?

The universe could be spinning. It is possible the expanse is really large.

Neither mean that the appearance of universal expansion is explained by the combination of both.